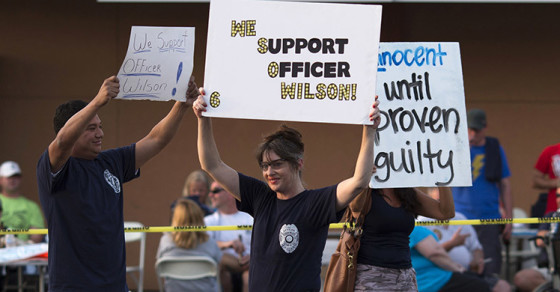 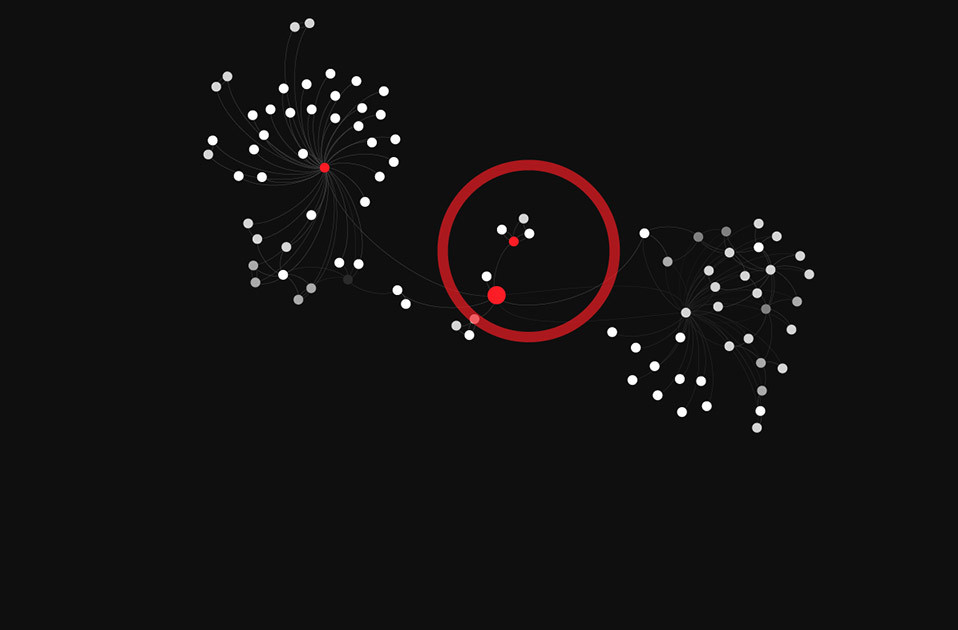 Darren Wilson supporters have been busy this week preparing for the pending grand jury announcement, crowdfunding the #PantsUpDontLoot billboard and catching the attention of Anonymous by naively discussing potential police tactics, including the use of water cannons, in open police forums.

A visual link analysis of the Facebook group “Support Darren Wilson” shows that the more than 82,000 followers have been active outside the virtual space—putting their real-world time, effort and hard-earned cash into last-minute preparations.

While the analysis shows some very specific clustering of interests—ranging from police departments and officer condolence pages to sports bars, the St. Louis Blues and Chelsea Handler—it also demonstrates a clear interest in a concealed-carry, self-defense training provider and local gun shop some 25 minutes from the Ferguson QuickTrip.

According to recent posts, the Ultimate Defense Firing Range & Training Center (located “on this side of the [Missouri] river,” as one commenter on the page put it) has had a big week. It can barely keep guns on the shelves or training sessions staffed because of anticipation of the court’s announcement.

When one Facebook post asked if the spike was a result of the pending grand jury announcement, the firing range and training center responded with a simple, “Yep!”