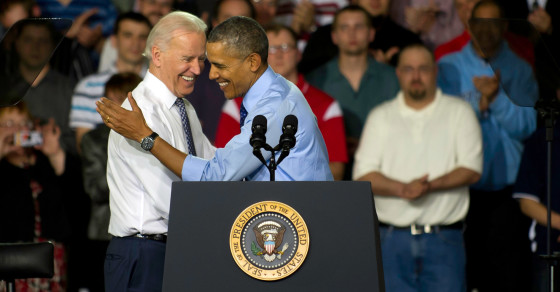 Facial Analysis: Liberals Are Happier Than Conservatives
By Joshua A. Krisch

Despite numerous self-reported surveys that have shown Republicans consider themselves happier than Democrats, a new study published in Science shows that liberals are, in fact, happier than conservatives.

Of course, it’s notoriously difficult to figure out whether someone is truly happy; smiles can be deceptive, and subjects are often reluctant to admit in surveys that they aren’t content. But that was sort of the point here.

For this study, researchers ran a linguistic analysis of Congressional transcripts and about 50,000 tweets from both sides of the political spectrum, capturing positive phrases and correlating them with political ideologies. They then studied each senator’s cheek and eye muscle movements to determine which smiles in the Congressional Pictorial Directory were genuine. In both cases, Liberals came out ahead on the happiness scale.

But Republicans still report being happier than Democrats, and scientists speculate that their emphasis on individualism and competition may be to blame. Perhaps conservatives are more likely to say they are happy, even when they are not, because their ideology compels them to be happier than everyone else. Either way, the results suggest bleeding hearts make for broader smiles.

1/5
A Duchenne smile engages muscles around both the eyes and mouth. It is considered a "genuine" smile.
Sean P. Wojcik