The Origin of the “Penguin Dance”
By Judith Dubin

The Origin of the “Penguin Dance” 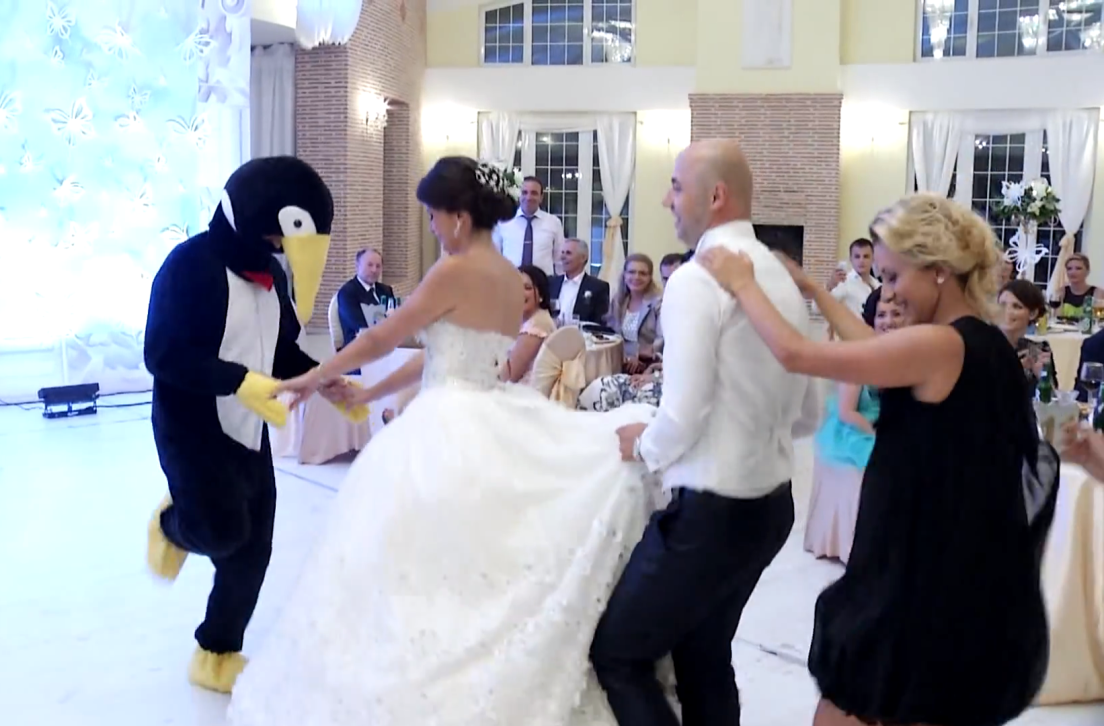 Could the world’s latest dance craze be on its way from one of the most conservative nations on the planet, the Kingdom of Saudi Arabia? A leading Arab newspaper seems to think so. Al Arabiya reports that the “penguin dance” is becoming enormously popular among Saudi youth. Take a look:

The dance seems to be a hybrid of those old wedding standbys, the conga line and the hokey pokey, meshed with the kiddie birthday party standard, the bunny hop. But Al Arabiya goes further, saying the moves have their origins in Finnish folklore. The dance’s popularity is being noted across social media.

Will the Saudi “penguin dance” become the new Harlem Shake? https://t.co/8p0lhhDfjs This MUST become a new trend! :D

This #Saudi "penguin dance" craze is getting a little out of hand https://t.co/lrgGGFBSh7

An Albanian man posted a video that now has more than 620,000 views. He says he created the dance for his sister’s wedding last year.

A deeper dig found that the penguin dance was circulating around the Internet four years ago and has been celebrated from Turkey to Romania. (“This song is danced in every house in Romania,” reads the introduction to the video.)

In the end, one video we found might represent the dance’s true online origin, just by virtue of its popularity. We believe it’s from the tiny Baltic state of Macedonia. It was uploaded to YouTube in August 2010 and viewed almost 2 million times. This roughly equals the population of the country.

Now let’s get to it: Here’s how you do the penguin dance. Instructions courtesy of the blog Penguin Dance Mania.

Steps 1 & 2: Kick to the left with your left foot, then step back to the middle.

Steps 3 & 4: Kick to the right with your right foot, then step back to the middle.

Repeat until you keel over from dehydration or you can no longer stand some drunken reveler’s hands caressing your hips. Enjoy.