Nosy Be Lynching Victims’ Remains in Limbo
By Alessandria Masi 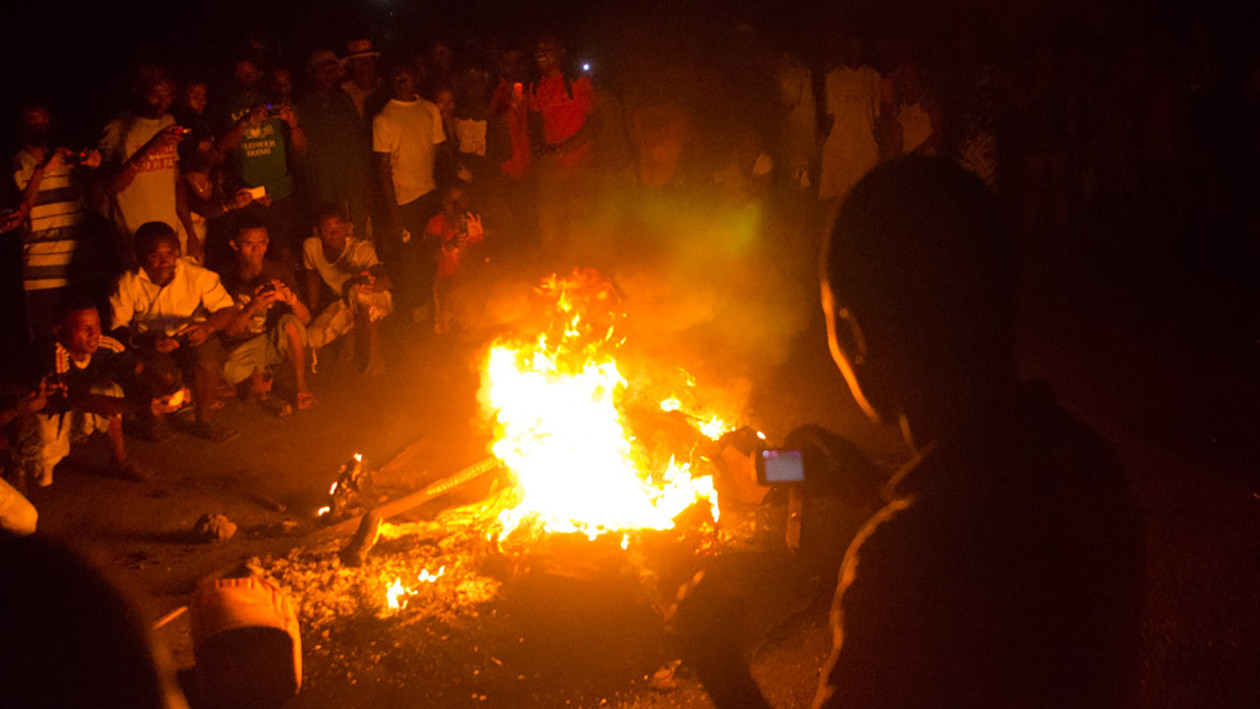 One month after a mob lynched and burned alive Sebastien Judalet and Roberto Gianfalla on the cream-colored beaches of Nosy Be, Madagascar, accusing the two victims of murder and pedophilia, their charred remains are still locked away on the beautiful island.

Bertrand Salquain, the Judalet family’s lawyer, confirmed on Friday that Judalet’s remains—currently inside a food refrigerator paid for by the French government—will be sent back to France by Wednesday on an Air Madagascar flight. Gianfalla’s body has not been cleared to travel and is still in a freezer at a clinic. The family claimed on Facebook that they are paying 100 euros a day to keep the body there.

Salquain confirmed that an Antananarivo court investigation found absolutely no evidence that Judalet was a pedophile. Salquain added that French officials commissioned by the High Court of Bobigny would take the body into custody to investigate the murder charge. The court has not said whether there is evidence of Gianfalla’s alleged role in the boy’s death.

Back in France, where Judalet lived, authorities combed through his apartment, his computer and his bank statements. The evidence indicated that he was not the gruesome man the mob made him out to be. He was, in fact, a quiet man on vacation who cared about his friends, family and 11-year-old daughter.

Sebastien Judalet's family awaits the return of his remains.

Members of the mob and onlookers took horrifying videos at the scene of the burning, and from that footage, Madagascar authorities were able to pinpoint suspects. Although 26 Nosy Be natives have been accused of participating in the lynching of the two foreigners, only two have been arrested.

After an 8-year-old Nosy Be boy went missing and turned up on the beach dead and castrated, an angry mob accused the two men of murder, pedophilia and organ trafficking. At the time of the lynching, rumors flew around the tiny beach town that the boy’s genitals were stored in a freezer, though, no evidence of this has ever been found.

Roberto Gianfalla's family is desperate to have his body come home.

Gianfalla’s family is in a complicated situation. His brother, Daniel Espagna, wrote a letter that he posted on Facebook to inform the world of the family’s situation after Judalet was declared innocent. Espagna wrote that his brother was being treated as a “vagabond” because he was of Italian nationality and his passport was expired. “Roberto’s children are shocked, my sister is a pack of nerves, she doesn’t sleep, she doesn’t eat and I’m worried about her life. I don’t know what else to do.”

Gianfalla’s family did not respond to requests for comment. Bilitis Lisiotti Gianfalla, the victim’s daughter, previously described him to Vocativ as a man “who was passionate about his job, cooking, and a loving father.”

But the family still hasn’t been able to say a proper good-bye to the man they loved so dearly.

Near the end of his letter, Espagna’s sorrow and anger at how long the move is taking is palpable. “Would it be simpler and more dignified if I took a flight to Madagascar and put my brother in a backpack so that we are finally able to grieve?”