Lebanon Now Has an App for Bomb Survivors
By Alessandria Masi

Lebanon Now Has an App for Bomb Survivors 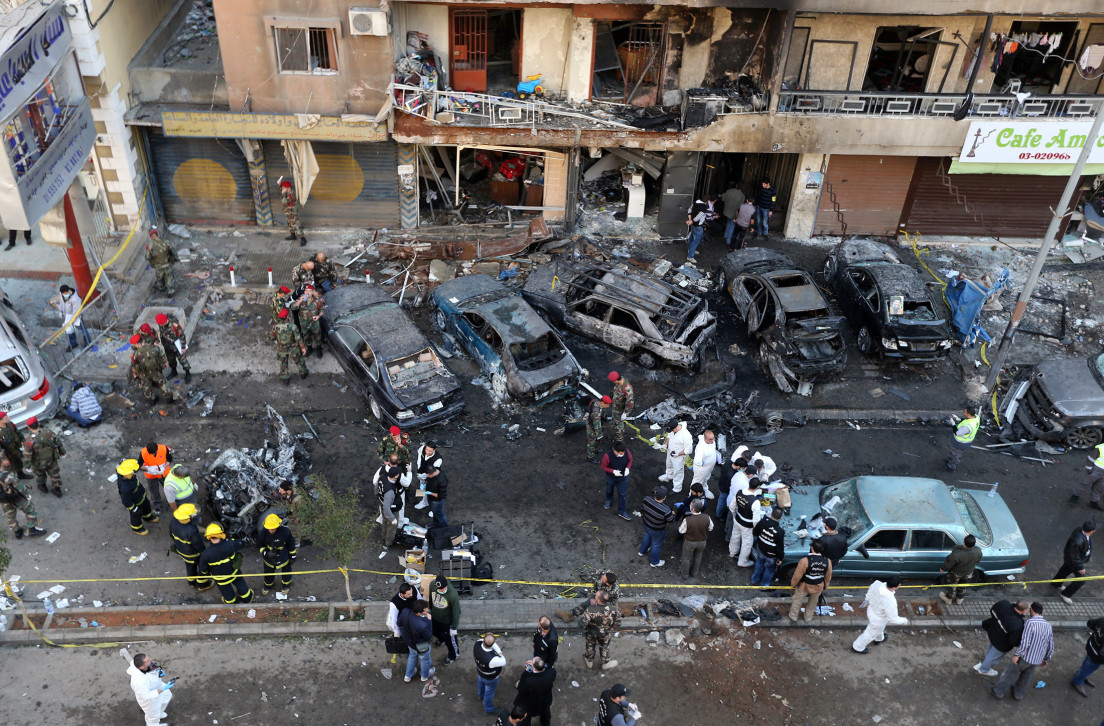 In the latest example, a graduate student has developed a new app allows users to send out a tweet telling all of their followers they survived an explosion. The tweet looks like this: “I am still alive! #Lebanon #LatestBombing.” The hashtag will help to create a list of everyone using the application that survived.

Sandra Hassan, 26, launched the “I Am Alive” application available in Google Play in the wake of Beirut’s most recent explosion, a suicide car bomb in a Hezbollah-controlled area of downtown. The blast killed four and left at least 35 injured.

I am still alive! #Lebanon #LatestBombing 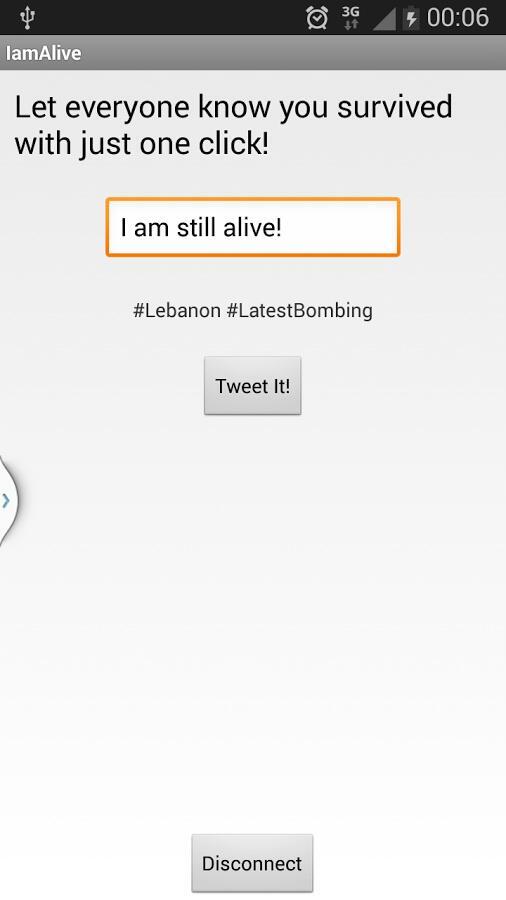 “Living abroad I often found myself faced with the frustration and the sense of powerlessness that comes from worrying over loved ones,” says Hassan, a Lebanese-born student. She’s currently getting her master’s degree at the École des Hautes Études en Santé Publique in Paris, and watches the Lebanese news from afar.

There hasn’t been a bombing since the app launched, so the next explosion will be its first live test. Users of the app are already sharing their feedback, though. Most of the commenters on the application’s Google Play page are asking for more functionality. The app works on Twitter, for example, but not Facebook.

As a result of our ongoing coverage of the Middle East, we have had the fortune to develop many sources on the ground who have become a part of what we think of as a Vocativ network of trusted sources.  We were closely monitoring the situation in Lebanon using targeted social media searches, identifying influencers, and confirming information that we received with local sources and press.

After the bombing in Beirut last week, we noticed a discussion on local blogs and forums regarding an interesting new app, and reached out to sources on the ground to confirm the details.

It turned out that a Lebanese woman in a French graduate program had developed a darkly humorous mobile app in response to the bombings. Post-bombing, you could use the app send out a little message to your network telling them that you were, in fact, still alive.

With continuous bombings, the app has seen a modest explosion in usage.

One woman, Eliane Jabhour, posted: “Thank you for this amazing app, but please link it with Facebook because few of our families and parents use Twitter… mais merci bien pour cette application.” (But many thanks for this application.)

I am fine don't worry about me... #Lebanon #LatestBombing

As always, there are haters. Some are accusing her of using the violence in her home country for her own personal gain.

She isn’t the first to develop technology for crisis response, not even the first in Lebanon, where sectarian violence and the spillover from war in Syria makes bombings almost commonplace. “WayToSafety” is another Lebanese app designed to pinpoint gunfire in the country to avoid getting caught in the crossfire. “Find Ali” is another Lebanese-made app, and it uses crowd-mapping to help the homeless. Google Person Finder is another tool that allows people to search databases to find their friends and family after natural disasters and other tragedy.

“Although the idea may be grim, I see the potential this app has to bring something good to the table, both for victims of crisis events and for those seeking to organize relief,” says Hassan. She says International Crisis Watch has contacted her about a potential partnership. She also has an app in the works for politicians to automatically condemn a bombing after it happens.

Hassan’s frustration after last week’s bombing pushed her to publish the app, even though, she says, it has not reached its full potential. She says the app is about resilience, which is a trait many Lebanese can claim. “The Lebanese are well-known for their bounce-backability.”