“Knockout”: The Making of an Urban Legend
By Mike Spies

“Knockout”: The Making of an Urban Legend 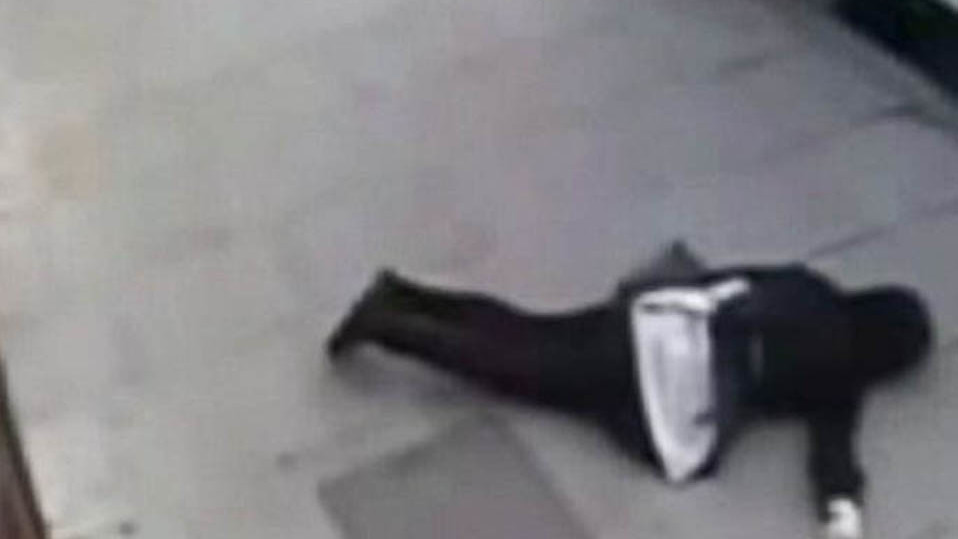 The game popularly referred to as “knockout,” in which teenage boys punch random passersby for the sheer thrill of it, has become a cultural phenomenon. Many TV outlets have run stories about it over the last couple of months, and some have feasted on the topic as if it were a delectable Thanksgiving turkey, good for multiple servings. For example, Greta Van Susteren, host of the Fox News show On the Record, talked about little else toward the end of November, even suggesting at one point that President Obama himself should intervene to help us deal with the problem.

Tweet to us: Do you know anyone who has been “knocked out?”

To appreciate the frenzy over knockout, you have to begin with the case of Ralph Eric Santiago. On Sept. 21, three black teenage boys from Jersey City, New Jersey—two of whom were 13, and the other 14—were charged with killing Santiago, a 46-year-old homeless man living in the nearby town of Hoboken. CBS New York reported the full story that day, saying that Santiago had been found with his head “lodged between two posts on a wrought-iron fence.” It was apparently the result of a single blow that, CBS said, “detectives believe was a game of knockout.”

The CBS follow-up report two weeks later presented the game as a lurid, emerging urban trend. After the anchors’ introduction of the segment, the camera cuts to a young, unidentified thin-bearded black man standing on a Jersey City sidewalk. “Knockout is a game that a lot of our teenagers play,” he says, “just where they dare one of the guys to just randomly choose anybody walking down the street,” and knock them out. The camera then cuts to footage from a Hoboken convenience store security camera, near the crime scene, which shows three blurry black teenagers—the accused—walking in the door.

The viewer is told, via voiceover, that the boys were “allegedly playing knockout.” The segment then cuts to a YouTube clip of a black teenager punching a large, unsuspecting white man in the face. The clip comes without explanation, and the circumstances under which it was made are unknown, but a second boy can be heard saying, “James! The one-hitter quitter!” before the camera cuts back to the unidentified black man on the street, who elaborates: “You try to hit with one swing.” Then there is a succession of interviews with blurry-faced, giddy black teenagers, clearly excited by the presence of a television camera, reaffirming the essence of the game.

Then another surveillance video, this time of James Addlespurger, a 50-year-old white teacher—the only person identified in the piece—who casually walks down an alley in broad daylight, approaching a group of black teenagers, one of whom, out of nowhere, steps toward Addlespurger and hits him in the side of the head, dropping him to the curb. Then more street interviews with blurry-faced black teenagers, who are asked, “What’s the point?”

“For the fun of it,” one answers. “Like for little kids to run around and hit people and knock ’em out. Even though they shouldn’t be doing it, but people do it.”

“They think it’s funny,” a girl adds. The segment concludes with the thin-bearded man soberly stating, “It could be anybody. It could be a mother with her children.” The piece has been viewed on the Internet more than 3 million times.

Yet there is a problem: It’s not at all clear that Santiago was a victim of knockout. In his case, there was the footage of the three black teenagers entering a convenience store near the scene of the crime, and apparently, unreleased video evidence from an apartment building showing one of the boys hitting Santiago.

But there were no eyewitnesses reported in the area, despite the fact that the assault took place in broad daylight at a time, late in the day, when Third Street, where the incident happened, is heavy with foot traffic. And no one bothered to question the oddness of the condition in which Santiago was found, with his “head lodged between two posts on a wrought iron fence.” The fence is about 3-and-a half feet high, and the posts are spaced at intervals of less than 5-and-a-half inches—not an easy width through which to fit a head. Other than the qualified reports that would appear in the news—”detectives believe it was a game of knockout”—it is unclear how the game became part of the story, or whether any of the boys had confessed to playing it.

Some news outlets simply misreported the incident entirely. CNN suggested that Santiago was impaled and killed by the fence—even though the posts’ edges are flat, not pointy. Fox, meanwhile, mistook Santiago for James Addlespurger, the 50-year-old teacher from the CBS segment. Addlespurger, it later turned out, had been hit in 2012, in Pittsburgh. His attacker had been arrested, and told police his actions had nothing to do with “knockout.”

“This was just a random act of violence,” the police commander said on television last year. “He stated that he was just having a bad day.”

The frenzy over knockout is reminiscent of a different urban crime that created a sort of panic back in 1989.

On April 22 of that year, The New York Daily News ran a headline that read: “Park Marauders call it: ‘WILDING.’” It was a reference to a rape that had taken place two days earlier in Central Park, for which several black teenage boys had been arrested. Police ultimately coerced them into making false confessions despite their innocence, and despite the fact that none of the evidence from the crime scene suggested they were guilty, nor did their respective “confessions” accord with one another.

The victim was a 29-year-old white woman—a single investment banker who’d been out for a nighttime jog, not far from her home on Manhattan’s Upper East Side. In addition to being raped, she was also beaten nearly to death, and once the boys were arrested and made to confess, the incident captured the nation’s imagination, as it seemed to confirm all the crudest racial and socioeconomic stereotypes and prejudices of the period, particularly with respect to the dangers of big cities. And of course, the press, credulous and unquestioning, helped shape the narrative.

In her 1992 essay, “Sentimental Journeys,” Joan Didion says the “Central Park Jogger,” as the rape victim anonymously came to be known in the papers, became the unwitting embodiment of “New York’s ideal sister, daughter, Bacharach bride,” whereas the black teenagers, by contrast, represented villainy, truculence, and “wolf pack” brutality, “wolf pack” being an adjective often used in the tabloids when describing the boys.

In the Daily News story that carried the curious term “wilding” in the headline, the top of the article went on to clarify the term as “a crime spree in which nearly three dozen youths roamed Central Park,” “randomly attacking anyone they found.” This recalled Reconstruction-era tales popular in the South that equated black men with savage animals who, free of their shackles, would rape innocent white women.

But the term “wilding,” in this case, had murky origins. Sarah Burns, author of The Central Park Five: The Untold Story Behind One Of New York City’s Most Infamous Crimes, explains it this way: “While some of the teenagers were in a holding cell, the police reported that they had been laughing and joking and began singing the popular song ‘Wild Thing,’ by rapper Tone-Loc. In the song, doing the ‘wild thing’ refers to sex, but police may have misinterpreted this, thinking the boys were talking about their own activities, and ‘wild thing’ became ‘wilding.'”

The knockout narrative is cut from the same cloth: It’s a pseudo trend jumpstarted by a news report about Santiago that went viral, fueled by white fear of black youth run amok.

The Santiago case became the cornerstone of the knockout narrative because the CBS segment was replayed widely. Earlier incidents in St. Louis, Columbus and Buffalo, which may or may not have fit the knockout specifications, didn’t receive such massive media attention and failed to gain traction beyond the local level.

By Thanksgiving, knockout was a full-fledged phenomenon, with news sources as vaunted as The Washington Post suggesting (with the appropriate qualifiers, of course) that certain episodes “may be part of a disturbing trend.” Breitbart.com was a more direct in its reporting, claiming, “The ‘Knockout Game’ thrives in areas where victims are unarmed,” and running the article, which was shared almost 300,000 times, with an image of a black hand gripping a gun.

But perhaps most shameless of all was Greta Van Susteren. On Nov. 24, at the end of her show, she said that all week she’d been calling for “President Obama and other African-American leaders to step up and speak out because so many African-American young people are involved” in “knockout,” which, she added, is a “term…already creeping into our everyday vernacular.”

Yet for all the hyperbole, no one accurately reported the history of the game and that it lacks any racial overtones. The term first entered the media’s lexicon in 1992, when three teenagers from Cambridge, Massachusetts—two white, one Latino—killed a Norwegian student who was attending MIT. One of the boys punched him in the face, and another stabbed him to death.

The Boston Globe reported in September of that year, “Teenagers call it ‘knockout,’ and it’s a modern-day version of survival of the fittest, where young toughs, often fortified with lots of beer, try to floor a stranger with one punch in a ‘game’ for kicks and to earn a twisted kind of respect.”