How Hunter Moore Tries to Silence Critics: A Step-by-Step Guide
By Brian Feldman

How Hunter Moore Tries to Silence Critics: A Step-by-Step Guide 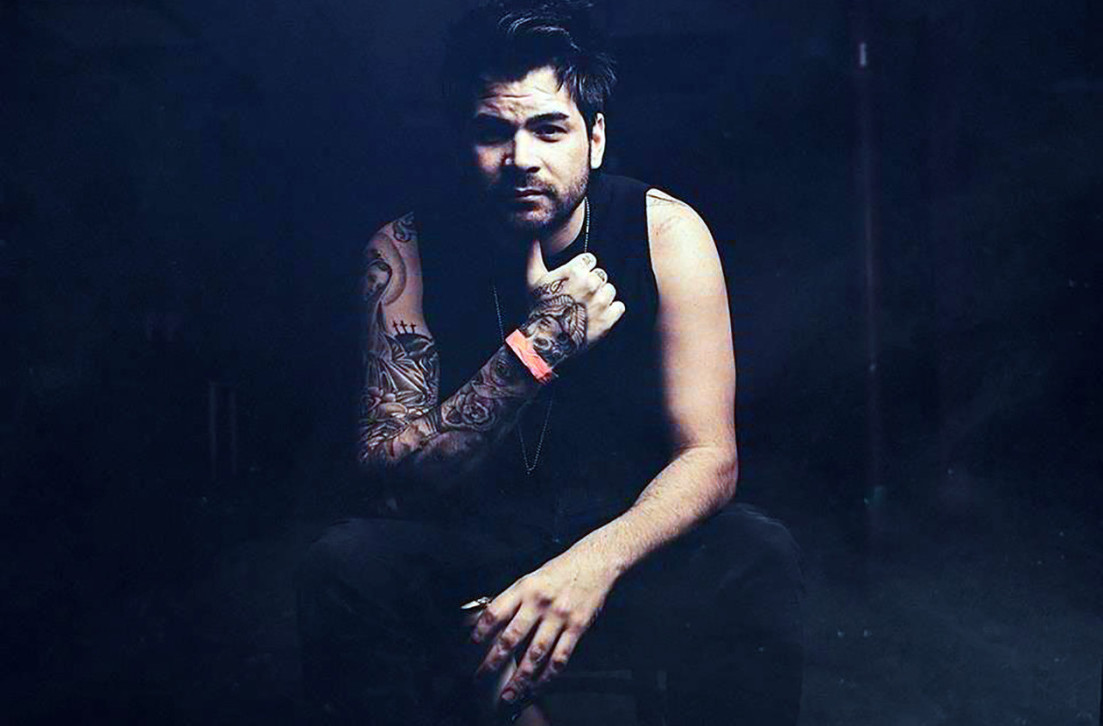 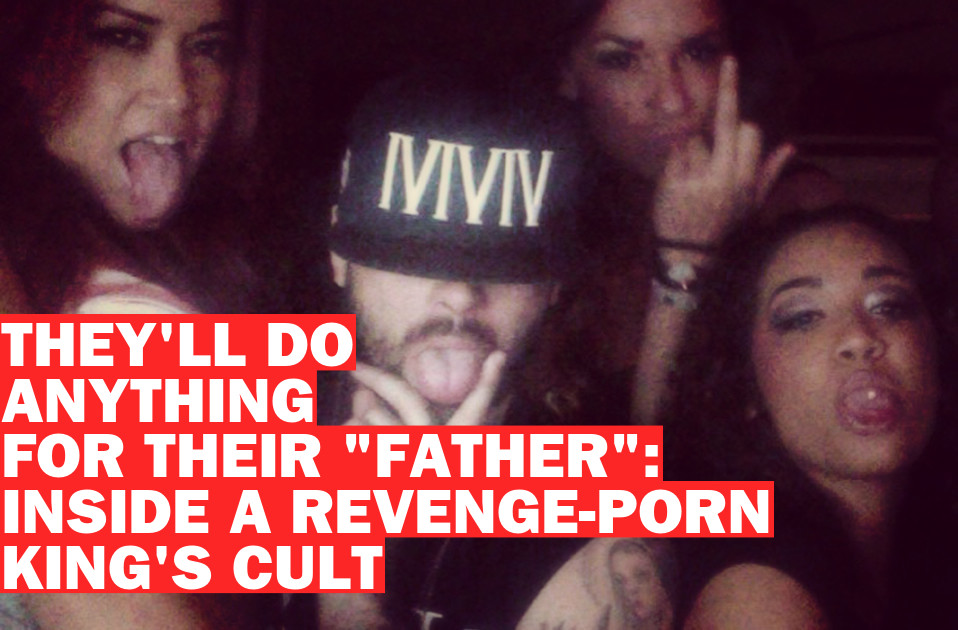 Moore agreed to talk to Vocativ, but took issue with some of our coverage, offering us polite feedback and constructive criticism. Haha, no, I’m kidding. He threw a fit, trying to silence our coverage with brute force tactics. Here’s how.

Our article, written by staff reporter Eric Markowitz, focused on Moore’s supporters, an amorphous online community that calls itself The Family (often stylized as #TheFamily). It was given the headline “The 8,000 Members of Hunter Moore’s Cult Will Do Anything for Their ‘Father'” and promoted on Twitter with similar language.

the fuck? you guys are fucking idiots. should pay me for this shout out. @vocativ

This is a message ostensibly aimed at an audience of one—Vocativ—but Moore included our handle at the end of his missive rather than at the beginning, so that all of his half a million followers would see it. It was effectively a call to action for his followers to yell at us on the Internet.

Which they did. Most took issue with the idea that Moore’s Family is only 8,000 strong, a number that Vocativ arrived at through some data mining. From the original article:

Hunter Moore’s virtual family is huge. According to our analysis of Moore’s Twitter following, 8,027 users have #TheFamily in their Twitter bios (4,346 are male, 1,577 are female, and the rest are unknown), while 123 users have Moore’s handle, @HunterMoore, in their own Twitter bio—a coveted space usually reserved for one’s personal information. But that does not even scratch the surface of how much actual reach #TheFamily has.

Admittedly, it was foolish of us to assume that Hunter Moore’s supporters would see this paragraph—or even read the article—considering the level of literacy in some of the responses we received. But all of this blew over rather quickly.

One of the jobs of a social media editor is to increase so-called “engagement” and get people to interact with your “brand” and generally increase said brand’s “online presence” and “Klout.” That’s why Vocativ will occasionally do Q&As with our reporters or story subjects, so readers can ask questions online. For the Hunter Moore story, we decided to do a Q&A with a fan named Mary, who calls herself The Mother—complementary to Moore’s standing as The Father.

The Family has no identifiable hierarchy, except that Moore is at the top, and so he took umbrage with someone calling herself The Mother. “She’s not a mother of anything,” he wrote in a since-deleted tweet (see the grab in the right rail). 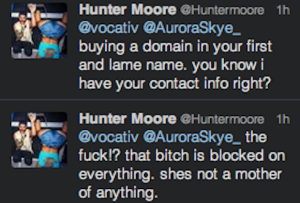 Still, online hive dynamics are interesting, so whether she gave herself the nickname or Moore gave it to her is beside the point. She was a member of an online community and we wanted to talk to her.

We publicized the event, tagging the people and groups involved:

In one hour we're live chatting with @AuroraSkye_, #themother in @Huntermoore's #thefamily. Read up first --> https://t.co/VZRLkUWpcG …

Moore took offense to the idea that a member of his online fandom would claim a title and speak about #TheFamily publicly without his say-so, so once again, he sicced his followers on us—and Mary. In a now-deleted tweet, Moore wrote: “Can you tell this shitty fucking site doing the interview with that dumb bitch she’s a liar or just report their fucking account @vocativ.”

This tactic is known as a “block party.”

A quick Twitter search shows the widespread usage of the term.

The idea is that if enough people report a twitter account as spam in a short period of time, Twitter’s algorithms will flag the account as spam and shut it down. In the span of about half an hour, Vocativ’s account received approximately 100 @mentions stating that they had flagged our account. And that’s only the number we can directly identify.

Our account was never really in any danger. A quick email to a member of Twitter’s security team solved that problem. The vitriol leveled at Mary, however, was enough to pressure her into silence. She called off the Q&A and nuked her Twitter account, wiping all of her tweets, followers and followees. This seems to be Hunter Moore’s MO: Anything he doesn’t like faces the pissy, pre-teen ire of his sizable fanbase and is run out of town. He’s also diligent about searching for his own name and responding to his fans when they play by his rules.

Moore also contacted our reporter, vaguely implying that he was collecting personal information of people connected to the article. Releasing that information is known as “doxxing.” It’s when online sleuthers release someone’s phone number or physical address, often in order to intimidate or incite harassment. Something similar happened to porn star Jenna Jameson recently, when an assistant went rogue and took control of all her social accounts. She turned to 4chan for help, recruiting others to gather personal information on a former assistant (much of which was then posted online by the community there). Oddly enough, Moore told one fan he won’t throw house parties because he’s afraid of getting “swatted,” which is when a false emergency call is made to the police.

Getting yelled at on the Internet is not a new phenomenon, and as a social media editor, it’s part of my job. The majority of web traffic not devoted to streaming video is likely devoted to disproportionate anger (OK, that’s made up, but still). “WOW GO HOME AND LIVE YOUR SEXUALLY REPRESSED LIFE…” someone wrote to us, in all caps, on the Internet, as #TheFamily onslaught gained speed. Our social media team took the rest of the day off to recover from that sick burn.

In two court cases against Moore, he responded to the first by sending a picture of his penis to the lawyer, and ignored a second entirely, after which he was slapped with a quarter-of-a-million dollar damages award.

The mindset is that he can write whatever he wants about you, but you should be scared to talk about him. Depending on your point of view, Moore is at best a hypocrite, and at worst a steaming pile of subhuman garbage. Based on the evidence, he seems like the latter.