Buy It Now! EBay Sellers Cash in on Madiba
By Elizabeth Kulze

Buy It Now! EBay Sellers Cash in on Madiba 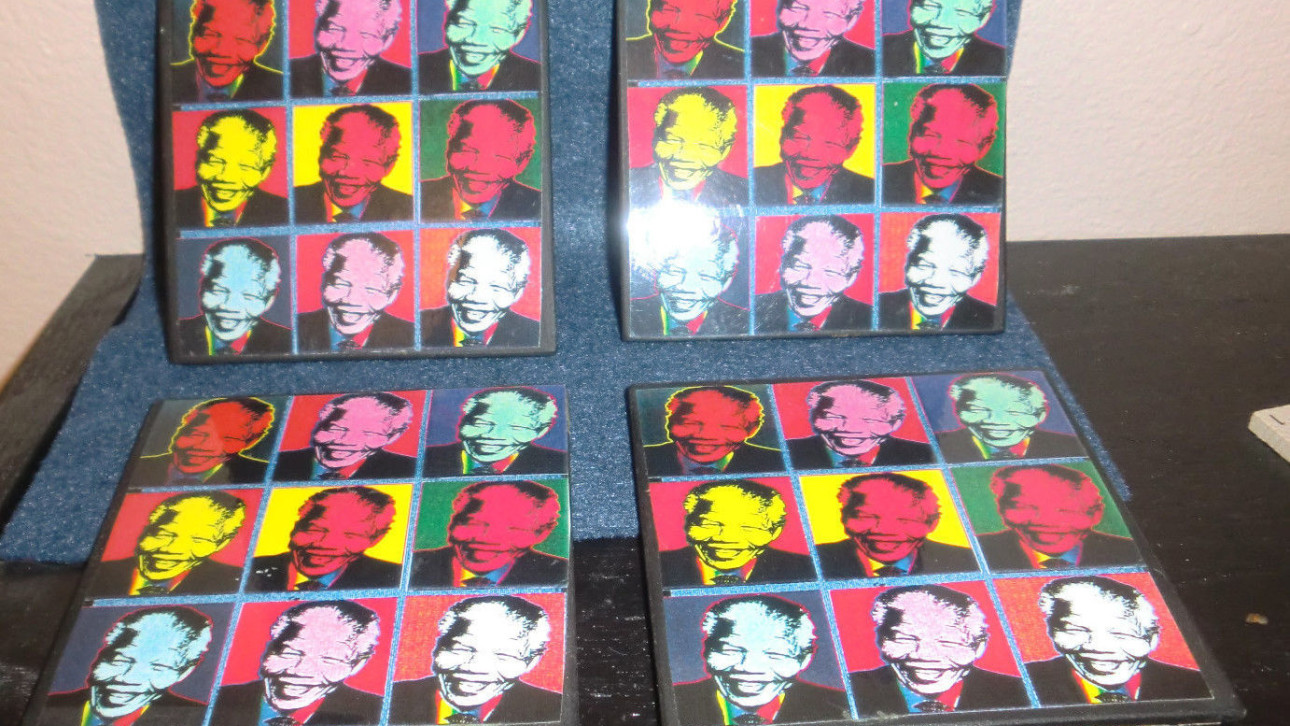 Barely 10 minutes had passed since the announcement of Nelson Mandela’s death, but the online hawkers of eBay were already listing various postmortem mementos. Like Che Guevara or Lady Diana, the South African leader has always been a lucrative figure when it comes to selling merch, and with his death the markup margins are starting to mirror the price of a Snickers from a hotel minibar. Capitalizing on the stirred emotions of consumers and a materialistic interpretation of remembrance, digital auctioneers are selling everything from old T-shirts (“comes from a nonsmoking home”) to commemorative newspapers you can still buy off the stands today, at grossly inflated prices.

All caps and peddler jargon is in full swing in the Mandela marketplace—”RARE! ONE OF A KIND! IN MINT CONDITION!”—but unfortunately for guys like DeepDiscount and TheFriendlyStranger, bids are scant to nonexistent. Look ahead for our favorite Madiba souvenirs.

Just about every publication in the world has put out a “Special Issue” honoring Mandela today, from The Irish Times to The Times-Picayune. And like with all major tragedies in the past few decades, you’ll probably want to save a copy. You know, to show to your kids one day after years of collecting dust in a box underneath your bed. Recently canceled your print subscription? Never fear! For the price of a gourmet sandwich, you too can “hold history in your hands.”

If you’re going to show your respect for one of history’s most beloved figures, then a sticker from WiperWaggers is an absolute must. What in the hell is a WiperWagger, you ask? “A WiperWagger uses your car’s rear windscreen wiper to celebrate the life of this great man.” It’s like a 2D Weekend at Bernie’s sticker for the back of your SUV, sure to calm the heated temper of that asshole stuck behind you in traffic. In fact, WiperWaggers will make a great holiday gift for all of your automobile-owning friends. Other waggers include “Waving Gangnam Style” and “Waving Emir of Dubai.”

No commemoration collection would be complete without ripping off Shepard Fairey, and in a unisex style made with 100 percent cotton, it’s totally worth it.

Just in case you were concerned with the authenticity of this item, we can assure you that this dollar bill is 100 percent real. The geniuses over at “Celebrity Cash: Cash With Character!” came up with the brilliant idea of putting Mandela’s portrait in a place of high honor: the center of the U.S. dollar bill. Wish I had thought of that.

At last, Nelson Mandela can now join the ranks of Kim Kardashian, Miley Cyrus, Kate Moss and Beyoncé as the subject of a fake Warhol portrait. As if that weren’t sexy enough, these gorgeous pieces of imitation modern art are actually coasters. People wouldn’t dare place their vodka-tonics on your antique side table when they could set them down on the face of a recently deceased, international human rights hero! Before you rush to make a bid, please be advised that these have been “gently used” with “minor scuffing on three.”

If you can afford a spare Range Rover, these lithographs are in your price range. And they might actually be worth something. Working with the South African artist Varenka Paschke, Mandela himself allegedly drew these scenes recounting his time in prison in the early 2000s. And 27 individually numbered sets are available, so don’t feel like you have to act now on such a major investment.

This extremely busy dashiki hails all the way from Dubai, which would explain the $30 shipping fee. It’s also a great buy if your friends often lose you in the crowd. (Have you seen the kid in the hideous Mandela shirt? Yeah! He’s right over there!)

All of the genuinely interesting memorabilia is damn expensive. This is an actual ballot from the groundbreaking election in which Mandela became South Africa’s first black president. Indeed, seller, this is “a marvelous piece of history.”

We’re going to have to let the seller explain this one in his own words: “Autographed book by Nelson Mandela brought this book home from Djbouti, Africa. I was a sea man and go this at the U.S. Embassy in Djibouti.” Mandela wrote the forward to this otherwise irrelevant book, which he also allegedly signed. But is his signature worth $3,000? What would Mandela think if you paid that much for his signature instead of donating it towards a good cause? Just sayin’.

A Photo of Mandela and DiCaprio, Signed to Leo, from Mandela, $2,000

A 25-year-old girl’s dream Madiba memento realized: Leo and the leader share a moment together. The forensically examined and authenticated photo is signed by Mandela, to Leo, which means that you could own something that technically belongs to Mr. Hollywood himself! Better yet, the photo was taken while the actor was filming Blood Diamond, which was an especially sexy time.