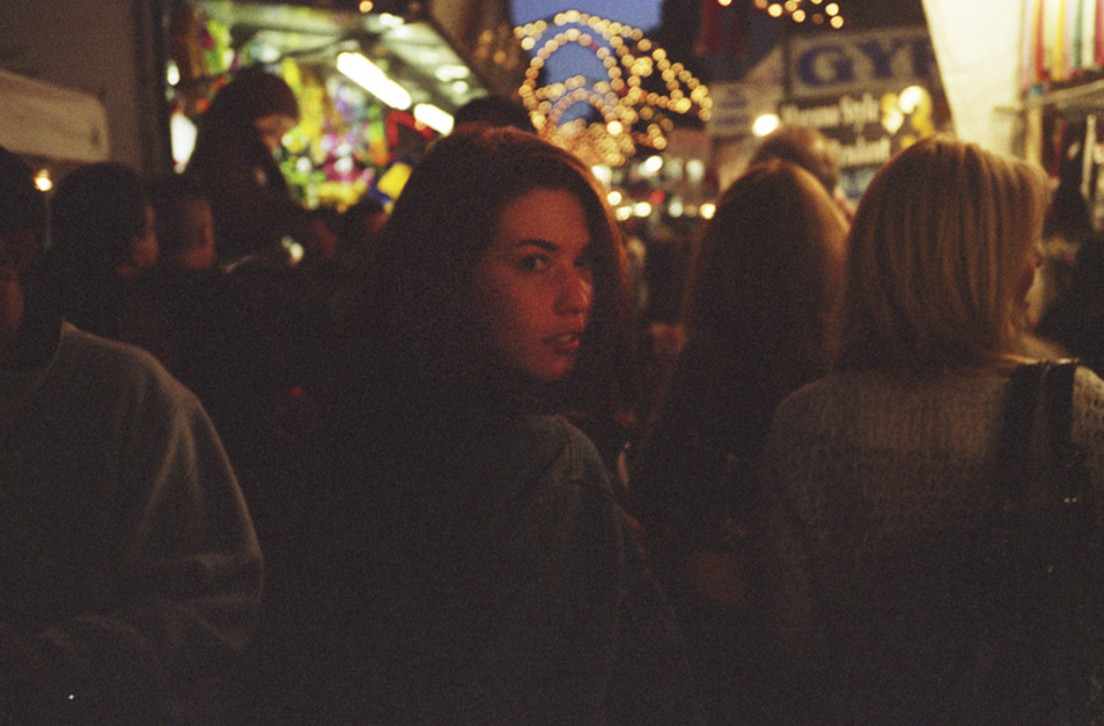 Two days before Halloween, I saw the movie Toad Road at a small theater in New York’s East Village. About a year ago, there had been buzz about the film, after it won a few awards, and more recently I’d read a short review praising it in The New York Times. The movie would be in theaters for only a few days, a detail that implies low budgets and lower expectations. What piqued my attention was a parenthetical reference to the death of its star, Sara Anne Jones, who had overdosed on heroin well after production. There was, tucked away between the sentences, an apparent mystery surrounding her life and death, which her character in the film appeared to both mirror and foreshadow. 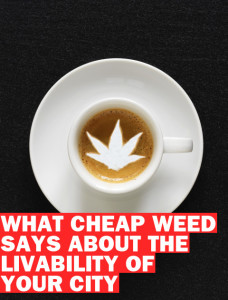 Jones was 20 years old in 2008 when Jason Banker cast her in his gritty, genre-melding movie, conceived as a sort of Harmony Korine take on the Blair Witch Project. She was then an aspiring model from southern Maryland, with long brown hair and an arresting, bohemian beauty. Had she been a decade older and been discovered by Cameron Crowe a decade earlier, Jones could have been cast as Penny Lane in Almost Famous. “She had this quality that drew me to her,” Banker says. “There was this sweet and innocent vibe, but also this other curious, dark side. That was very interesting—someone who could start off innocently and then take the turn.” 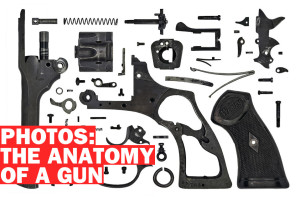 Innocence that takes a self-destructure turn is the essential thrust of Banker’s film. He had grown up in York, Pennsylvania, among stoners and burnouts and the type of teenage debauchery that tends to be prevalent in America’s forgotten towns. He wanted to shoot a movie there about a group of friends just out of high school and their directionless, profligate lives. This would be the film’s authentic, documentary element. To counter reality, Banker would tie in a local urban legend, about a trail known as Toad Road that leads through a forest. On the trail are seven metal gates, each representing a gate of hell. 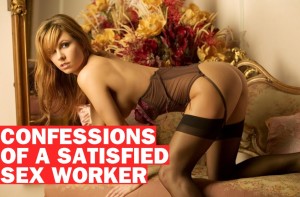 He found his cast by searching online for fans of Vice magazine, and discovered a small group of friends, ages 18 to 22. They lived in a dangerous part of Baltimore, and their brand of drug-addled nihilism was exactly what Banker was looking for. He came to town and shot aimlessly for two weeks, compiling his documentary footage, scenes that are jarring and graphic, though also among the film’s best. At the outset, the camera drops in on a party, where James Davidson, a handsome, bearded man with a mop of oily hair, is almost entirely incapacitated. He gets dragged around with his pants at his knees, his penis hanging flaccidly, his eyes at half-mast. Like the rest of the cast, Davidson is playing himself, under his real name, and when he finally passes out, someone naturally lights his pubic hair on fire.

Banker had found his male star, and for the female counterpart, he selected Jones. Her character, at first a clear-eyed college freshman, is vaguely haunted by her past, and as the movie progresses, she convinces herself that drugs— ecstasy, mushrooms, acid—will lead to revelation. Davidson, her love interest, knows better and attempts to intervene, but to no avail. In the end, Jones convinces him to join her on a vision quest, a journey down Toad Road. Before they begin, Jones drops acid for the last time. The two lose each other along the way, Davidson passes out, and when he wakes, Jones has disappeared forever. The question “Where’s Sara?” is repeatedly invoked, and right before the credits roll, a dedication to Jones’ memory appears on the screen, though what’s happened to her is left ambiguous.

It is, in this case, hard to tell where reality ends and fictions begins, and if you didn’t know better, you might think that Jones’ dedication was part of the movie. However, on Sept. 4, 2012, shortly after the film premiered at the summer festivals, Jones died in her East Village apartment. She was 24 years old and had been living in New York for three years, during which time she’d landed some high-profile modeling gigs and a starring role in a music video—Death Cab for Cutie’s “Stay Young, Go Dancing.”

Like many young people who have died in the last decade, she maintains a ghostly presence on the Internet. Though little has been written about her, Jones had been active on Tumblr for several years before her death, and had amassed quite a following, especially among girls. Google her name, and the Tumblr link will be the first or second thing you see on the page. To click it is to disappear down a rabbit hole of artful, grainy photographs and snippets of free-form verse. Jones was an aspiring poet with a book called Ginger Ale that was slated for publication in the fall of 2012, shortly before her death. She refers to this forthcoming event in one of her last posts. “Everything is weirdly great, and more greatly weird,” she said. “There is a lot to be grateful for.”

Before by Sara Anne Jones 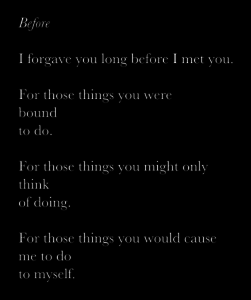 Should you decide to enter the rabbit hole, you will be invited to “follow” Sara Anne Jones, and to “never miss a post,” as if she were still alive. You will see a picture of what looks like her bruised neck, but is really a photo taken by her boyfriend, Chad Moore, who had given her a few hickies one morning and decided to document it. You will see photographs of books like Bill Buford’s Among the Thugs, and Albert Camus’ Exile and the Kingdom. You will see portraits of Jones obscuring her face with a copy of On Human Nature, or posing with a cigarette dangling from her lips, below which is an image of a cassette copy of Appetite for Destruction, the classic Guns ‘n’ Roses album. If you didn’t know her, and you happened upon Jones’ Tumblr account, and you were young and trying to make it as an artist in New York City, you would probably swoon.

Such was the case with Moore, a tall man with a permanent 5 o’clock shadow and a welcoming aspect. In 2010, he was a 23-year-old fledgling photographer living in downtown Manhattan when he met Jones through a mutual friend. A year later a group of them went on a road trip to Pittsburgh to see Taylor Swift, whom they loved unabashedly. It was a night of newly formed relationships. Before entering the venue they drank a bottle of whiskey and then danced front row, retreating later to a dingy hotel, where Moore and Jones shared a bed for the first time. It was intimate, not sexual.

Suddenly Jones found herself inducted into the cool kids club, the only girl in a gaggle of boys, throwing back drinks at Lower East Side haunts—Welcome to the Johnsons, Black and White—part of a loose downtown art collective in New York City. Her new friends were in bands, recorded with Ryan Adams, worked with it-boy photographer Ryan McGinley, and fraternized with the drummer from the Strokes and the writer Jack Walls, who was Robert Mapplethorpe’s boyfriend at the time of his death. Walls had a reputation as a girl hater, though he made an exception for Jones. “Whenever Jack came to town from upstate, Sara was the only girl allowed to hang,” says Moore. “He really championed her writing.”

She was very maternal and had an unusual capacity for empathy. But like her character in Toad Road, Jones seemed to struggle with her past. This became apparent to Moore soon after they started dating, not long after the concert. “It was a tumultuous year,” he recalls. “Our relationship was like epic highs and devastating lows. I guess I tried to fix her. She was just such a strong, powerful presence.” She had a tendency to succumb to self-destructiveness and bouts of withdrawal. “Sara would kind of shut down, go into her own little world, and write.” 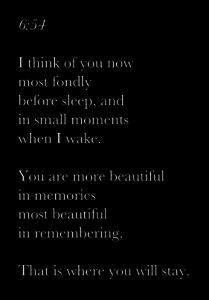 Writing, for Jones, was a human need, an impulse. “It makes someone truly artistic to do that,” Moore says, “when you have no other reason, just because you have to.” He knew she had experimented with heroin before, but that was part of her Baltimore life, back in 2007 and 2008, after she’d left home and decided to pass on college. Besides, it wasn’t like she was ever an addict, and since she’d made new friends, she’d led a comparatively clean, optimistic life. (“There is a lot to be grateful for.”)

But Jones had left behind a complicated situation. Her parents divorced when she was young, and her mother, Annie, was suffering from lupus and other severe ailments. She developed an addiction to prescription drugs while Glenn, her husband, was tasked with raising Jones and her younger sister. He was the assistant manager of a super market, and a former drummer in a rock band. He relied on Jones to help raise his other daughter, and she became a de facto mother, a role she played until her death. “She was my buddy,” Glenn says. “She understood my stories. When the first Batman movie was released, I took her out of school to see it.” Annie died in 2010 of natural causes at the age of 46. She was found cross-legged on the floor of her home, a laptop on her lap and a cigarette in her hand. Jones was in New York and later told friends her mother killed herself, though this wasn’t true. 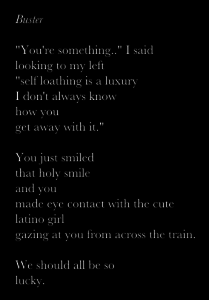 The one tangible constant in Jones’ life was a stuffed animal named Bear Bear, which her grandma Pinky gave to her on the day she was born. She dragged it everywhere, from room to room and city to city, stroking it often enough to wear away the fur on its body and head. She brought Bear Bear on camera during the filming of Toad Road, and you can see her holding it before she takes ecstasy, which heightens the disturbing nature of the scene since the ecstasy is real.

When Jones died, the stuffed animal was at Moore’s apartment. He was away, shooting in Tokyo, and though they’d been fighting and were considering breaking up, they’d exchanged emails and seemed to be reconnecting. Before he boarded the plane home, she sent him a text message with a heart, but by the time he landed, she was already dead, curled up on her couch. “I thought Sara was really happy,” Moore says. “Everything was going right.” Moore gave Bear Bear back to the family, who seemed to need it. 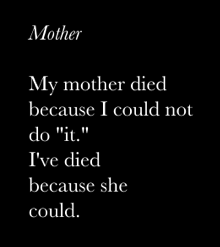 Jones’ friends held a memorial service at a lounge in the East Village called The Cabin Down Below, which is owned by the man who had planned to publish her book. Around 100 people showed up, including Jack Walls. The family held a church service in Maryland and had her body cremated. Moore received some of the ashes.

Much to the chagrin of Jones’ friends in New York, Ginger Ale has still not seen the light of day. Now, however, there is hope. The publisher had been unable to get a hold of her father and was worried he wanted to kill the book. But when I spoke to Glenn, he was shocked.

“Do you want the book to come out?” I asked.

As we spoke, I recalled the parting words at the end of Toad Road. They read, “Dedicated to the memory of Sara Anne Jones.” It was a peculiar phrase and I wondered what it really meant.