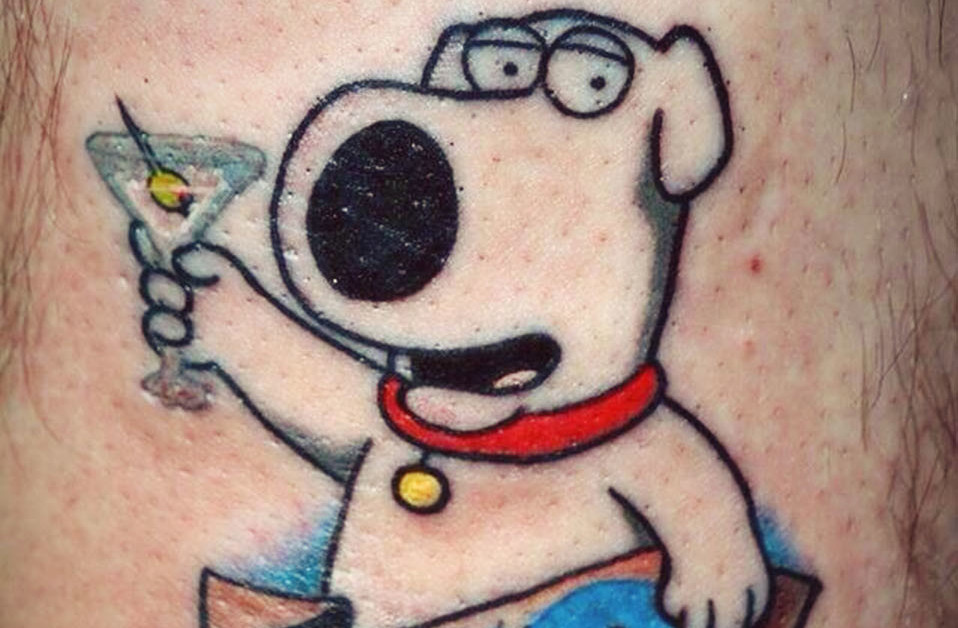 Seth MacFarlane has blood on his hands—he murdered “America’s dog.”

At least that’s what a Bring Brian Griffin Back petition says of the beloved Family Guy character, who was killed off in Sunday night’s episode, shocking fans everywhere. A major death in the family had been announced several weeks prior, sparking speculation about whether Peter, Lois, Chris, Meg, Stewie or Brian would perish. In the saddest of deaths for a longtime family dog, Brian was run over by a car. He was 8.

C’mon, though, I mean really, what has that fat slug Chris done lately that’s been interesting? (By the way, this post contains spoilers for season 12.)

Americans may be fighting over health care policy, and heading home to fight with their families over the Thanksgiving dinner table. But one thing uniting the country, if trending topics on Twitter are any indication, is the memorials for Brian Griffin.

He may or may not come back, as nothing is ever certain in cartoon world, and a new website counting down to “Brian’s Announcement” popped up Tuesday.

Brian's emotional good-bye to the Griffins on the operating table. He's smiling! (FOX)

Still, the episode was traumatizing enough to get people’s tears, video editing and GIF-making skills fired up. Here are some of the best tributes to Brian from around the web:

Started by Family Guy fan Aaron Thompson of Tuscaloosa, more than 30,000 people signed this Change.org petition in less than 36 hours after the episode aired. It’s nearing 40,000 with a message that proclaims, “The writers…didn’t just kill off one of their creations, they killed off the dog who has lived in our homes for the last 15 years. They killed the dog we all have come to love. They killed America’s dog!” There are five other similar petitions on the website, but Thompson’s is the most popular.

Fans have been able to get their way before—Family Guy was actually canceled by Fox in 2002, and then resurrected in 2005 after a successful rerun-run on Cartoon Network’s Adult Swim, followed by huge DVD sales (it was the best-selling TV DVD of 2003). But they may not be as lucky this time around, as the writers say the death of Brian was intended to help “shake up” the show, and the Griffin family already has a new dog, Vinnie, voiced by Tony Sirico of The Sopranos. Too soon, Griffins. Still, Sirico is only contracted to appear in six episodes so far, and Gawker points out that Brian’s name is actually listed in a few future episodes. There’s hope yet.

Brian Griffin is important enough to trend nationally on Twitter, with various hashtags lashing out at his demise. The new account @RIPBrianGriffin already has nearly 16,000 followers.

Seth MacFarlane’s account in particular was the direct target of many hits, though he surprisingly hasn’t tweeted any responses (his last tweet, on Sunday, Nov. 24, was unrelated).

A sampling of our favorites:

@SethMacFarlane You dog-murdering son of a bitch.

Sitting in class wondering how we as Americans aren't mourning the loss of Brian Griffin. #RIPBrianGriffin #WTF

Some fans and radio stations held real moments of silence for this animated character’s expiration.

Brian Griffin died last night. Let the moment of silence this morning at school be dedicated to him.

This anonymous post on HelloU.com says students at an unspecified U.K. university held two minutes of silence for Brian, but we think that’s probably BS. Still, someone went through the effort of creating a blog post, so there’s a minute or two for you, Brian.

One of the more popular RIP Brian gifs going around Tumblr. Understandably.

Time compiled a nice list of Brian’s 14 best moments from the show, based on fan submissions. There’s also a moving video by Fox’s Animation Domination YouTube unit that is a black-and-white montage dedicated to the dog:

At least Brian’s tragic car accident death was a little better than what we know is in store for Meg’s demise. In the Nov. 10 episode, we found out that Meg will die a year from now of septic shock, which she suffers because of inappropriate uses of frozen hot dogs.