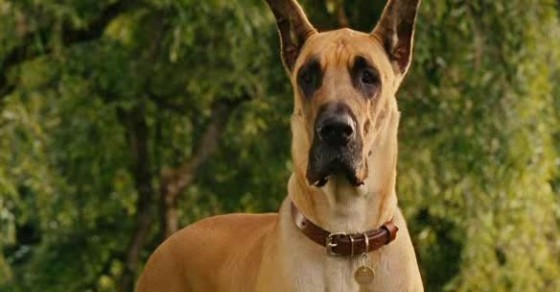 The 10 Best/Worst Talking-Animal Films You Forgot About 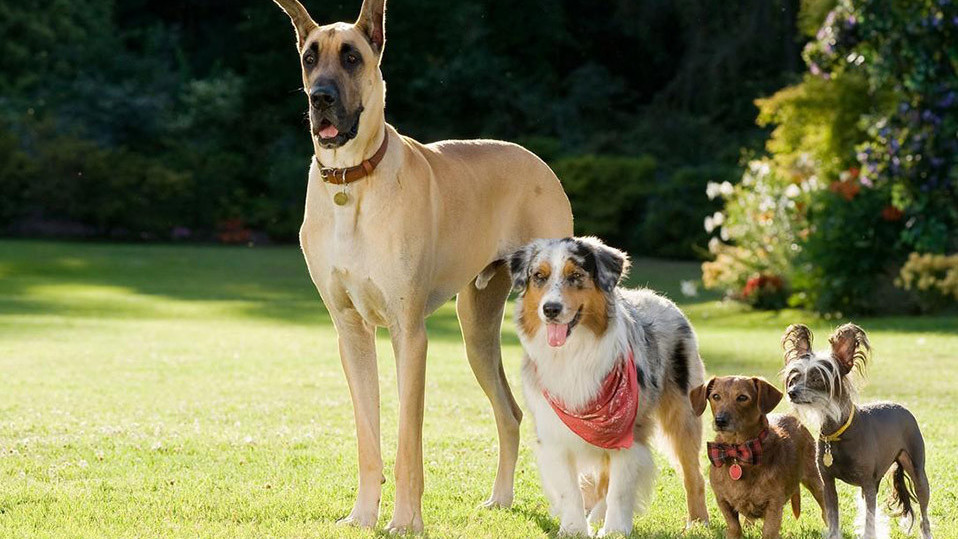 As you, and pretty much every living human know, Lifetime’s Grumpy Cat’s Worst Christmas Ever—featuring Aubrey Plaza as the voice of the outrageously popular sourpuss—hits the small screen tomorrow, Saturday November 29. When the movie trailer hit the web late last month, though, there was something strangely familiar about the whole thing.

How many times have we seen animals make awesome quips to their clueless human counterparts with comedically timed music in the background?

Sure, part of Grumpy Cat rings fresh because it takes an Internet meme with million-dollar traction and anthropomorphizes modern sarcasm. But it also brings to mind the fate of several talking-animal movies that either flopped or were forgotten—their only remaining VHS copies collecting dust in Salvation Army stores.

Some talking-animal movies are quality viewing material—not to mention tearjerkers. One thought of elderly golden retriever Shadow’s death scare in the last scene of Homeward Bound and we’re immediately nostalgic for every single year of the ’90s. Milo and Otis were pretty much the perfect representation of how friends help each other become more creative. And Babe, the one with the talking pig, was nominated in 1996 for seven Academy Awards, including best picture.

But other, less well-executed films took animals and made them into the most ridiculous representations of the way human beings saw themselves. Like, do you remember when Owen Wilson played the voice of a clumsy Great Dane? Or when Frankie Muniz voiced a racing zebra, which kind of made a statement about race and belonging? We’ll remind you.

Here are the 10 best/worst talking-animal films of the last 40 years:

Paulie is a parrot who gets separated from his cute little girl owner and meets a Russian janitor, who teaches him to talk in Buddy Hackett Brooklynese, and eventually helps him get back to her. The late Roger Ebert sums up the movie best: “The film is aimed at children, I suppose, although I don’t think they’ll like Paulie all that much. Would you want to live with a parrot who talked and thought like Buddy Hackett?”

Some Chihuahuas, the ones in Beverly Hills, are rich. Other Chihuahas, the ones with Mexican accents, are more down-to-earth. Beverly Hills Chihuahua is the lesson in immigration and racism you never knew you wanted (and still don’t). Also, Jamie Lee Curtis is in this movie, as a human.

The year 2007 turned a witty 1960s cartoon dog meant to save the world into a live-action film with 16 percent on Rotten Tomatoes. Poor Underdog is caught in a chemical lab accident, suddenly finding himself able to speak and wear a trendy cape.

Scott Tobias for AV Club argued then that the more CGI you use on a pup, the less likable he becomes. “Call it the Baby Geniuses rule: Whenever an infant’s motor functions are taken over by computer effects, a precious piece of its humanity (and ours) is stripped away. By that measure, the new Disney live-action version of Underdog ranks as one of the worst films of its kind ever made.”

You know that feeling when your rich mother dies in the late ’80s and you inherit half of her stock brokerage firm and her buck-toothed horse who talks? Bachelor Fred Chaney, portrayed by Bobcat Goldthwait, does. When it turns out that Chaney’s horse, named Don (and voiced by John Candy), has the ability to give him genius investment advice, the two become roommates and best friends. Don makes Chaney rich(er) overnight.

A pretty girl rejected Kevin “Paul Blart” James because he was a zookeeper and not a car dealer, so five years later he decides to leave the zoo to win her back. But then a star-studded cast of animals, voiced by Nick Nolte, Sylvester Stallone, Adam Sandler, Judd Apatow and Cher (yes, Cher), tries to show him the rules of dating.

This movie, produced by Adam Sandler, is so bad it’s not even harmless. As Will Leitch wrote in 2011, “Movies like Zookeeper make you hate movies, restaurants, animals and earth.”

Warning: The trailer will remind you of the year when you couldn’t watch a preview without T-Pain’s “Low” in it.

Bonus: A whole bonding scene between James and a talking gorilla takes place in a T.G.I. Fridays.

A teenage Hayden Panettiere stars in this film about a zebra who doesn’t fit in. Stripes, as he is so creatively named, is forgotten by the circus and makes his way to a farm, where he dreams of being a racehorse.

Some weird jokes about race happen. Also, because the year is 2005, there’s the joke, “Who let the zebras out? Who? Who? Who? Who?” Dustin Hoffman, Whoopi Goldberg and Mandy Moore are all in this movie, and Snoop Dogg also makes an appearance—as an actual dog.

Kirstie Alley and John Travolta have two talking dogs in the third installment of this tired movie series—one voiced by Danny DeVito, the other by Diane Keaton—and both serve as an obnoxious excuse for gender stereotypes that were pretty outdated, even in the early ’90s. Yes, Charles Barkley makes a cameo in which the couple’s little girl dreams of beating him at basketball. And though his acting leaves a lot to be desired, this girl’s little face kind of makes the whole movie worthwhile.

Owen Wilson is the voice of an unlikable Great Dane in a movie based off a well-liked cartoon that started running in newspapers in the ’50s. But beyond the annoying, rascally antics of Marmaduke, this movie’s use of CGI is an affront to animal kind. In fact, this movie makes us nostalgic for the way Underdog used CGI on animals.

Jerry O’Connell stars as a dirty slob who welcomes cockroaches into his disgusting New York life. Even better, said cockroaches sing and dance and have their own public access television channel—because why not? The trailer reminds us of when aggressive chipmunk voices were still thought to be the stuff of risqué comedy.

Cho Cho, voiced by an in-need-of-work Chevy Chase, is a Tibetan terrier that not only talks, but also has a black belt in martial arts. When he becomes witness to a murder, though, there is no stopping him from becoming the weirdest-looking computerized dog fighter in all of made-for-television film history. Just fast-forward to the scene where 2004 special effects make up a cheaply done parody of a Matrix fight between a criminal and the furry pooch, who can (naturally) stand on two legs. Not even a cameo by Mr. Miyagi himself (Pat Morita) can save this mess.