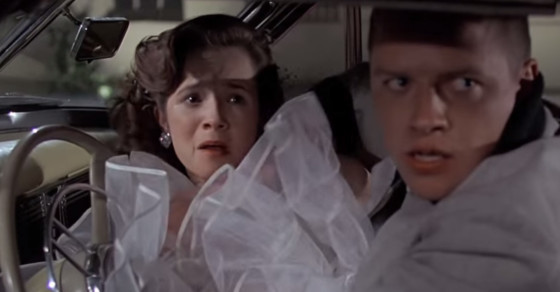 Way Too Many ’80s Movies Treat Rape As a Punchline 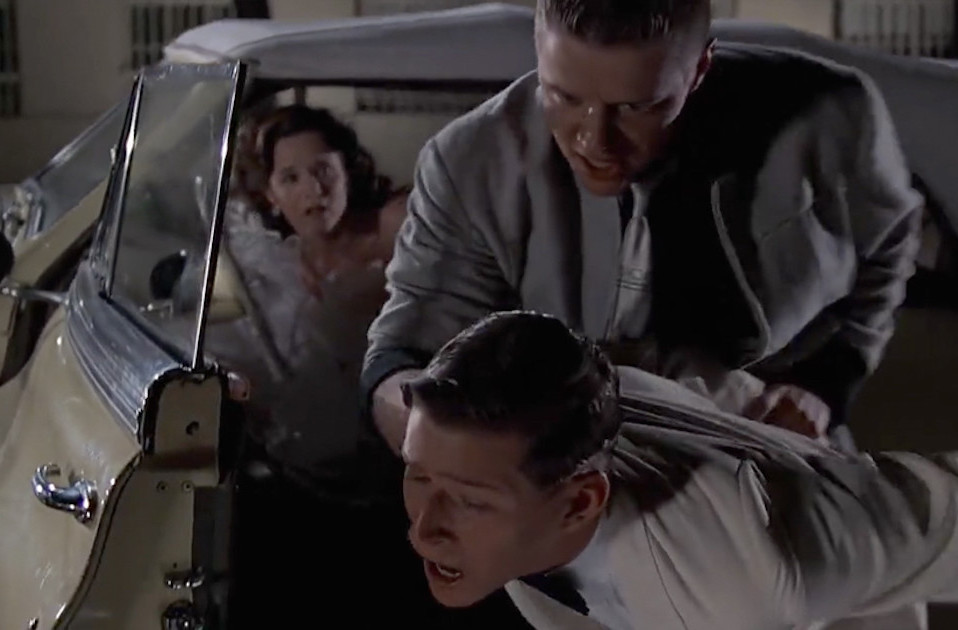 The national conversation on rape culture has a long way to go—a very, very long way to go—but in recent years, we’ve also made a lot of progress in how our society conceives of gender, sexuality and violence, which is great.

Not so great: Some of your childhood favorite movies have aged very poorly, barreling right past “politically incorrect” and straight into “offensive.” Here are five classic comedies from the last 35 years that treat sexual assault as a run-of-the-mill plot point, or worse, play it for laughs. (Trigger warning: The scenes we describe are genuinely disturbing, so please proceed with caution.)

Revenge of the Nerds

In the 1984 cult classic, king nerd Lewis (Robert Carradine) disguises himself in the costume one of the jocks was wearing and proceeds to have sex with the guy’s cheerleader girlfriend in a carnival funhouse. Which is to say, unequivocally, that he rapes her.

But when he reveals his true identity, it’s somehow no big deal, because the cheerleader had apparently enjoyed herself. In fact, she leaves her boyfriend for Lewis. The lesson here, kids, is that if you sexually assault someone, just make sure you’re a competent lover and everything will be A-OK in the eyes of the law.

Bill Murray can do no wrong, except for this. Raunchy teen comedy Meatballs gave us the actor slash greatest human’s first starring role: He played Tripper Harrison, head counselor at a crappy summer camp.

Left alone with Roxanne (Kate Lynch), his female counterpart, Tripper unabashedly peers down her blouse, then—after telling her that he’s been diagnosed with “very active glands”—chases her around the room and physically pins her to the couch. This, you see, is “wrestling.”

When camp director Morty returns, Tripper clutches at him and mock-cries, “She came at me like an animal!” You know, just like a victim of sexual violence would. Comedy! Of course, Roxanne and Tripper ultimately end up together. Why not? He seems like a solid guy.

Back to the Future

To ensure his own existence in the present, time-traveler Marty McFly (Michael J. Fox) must engineer the romance of his teenage parents in 1955. But Marty’s plan to have dweeby dad George (Crispin Glover) “rescue” mom (Lea Thompson) from his own fake advances backfires, and she ends up in the very real clutches of bully Biff (Thomas F. Wilson) instead.

When George finds them, Biff is groping Lorraine against her will in his car. “George, help me!” she cries out. “Just turn around, McFly, and walk away,” Biff growls. There’s absolutely no ambiguity about what’s happening here. He’s sexually assaulting her.

Yes, George knocks out Biff and they all live happily ever after, but why is no one acknowledging that this was totally horrifying? And in the alternate 1985 timeline created by Marty’s interference in the past, Biff works for George. That’s great water-cooler talk: “Hey, remember that time you tried to rape my wife?”

The titular St. Bernard has sired a litter of puppies and his family has taken them all on a lakefront vacation in the obligatory sequel to the 1992 kid-friendly hit. One night, older sister Ryce (Nicholle Tom) attends a riotous teen house party, where the skeevy host lures her into his bedroom and locks the door.

“Ryce, Ryce, relax,” he says. “This is going to be an experience you’re never going to forget.” Fortunately, Beethoven—enraged by partygoers who’ve pouring beer on him—tears down the entire building before she’s actually assaulted.

Again, this is a family film.

Setting aside the racist disgrace that is Long Duk Dong for another day, the sexual politics of what’s arguably John Hughes’ best-loved coming-of-age comedy are nauseating. It’s Sam Baker’s (Molly Ringwald) 16th birthday, but the only present she wants is for hunk Jake Ryan (Michael Schoeffling) to notice her.

Here’s the thing about Jake Ryan, though: He’s the fucking worst.

When Ryan decides to pursue Sam, he’s already dating Caroline (Haviland Morris), the most popular girl in school. “Shit, I got Caroline in my bedroom right now, passed out cold,” he tells geeky Farmer Ted (Anthony Michael Hall) at a party. “I could violate her 10 different ways if I wanted to.” It’s hard to imagine anyone but a movie’s most reprehensible villain saying that line in 2014—but it’s 1984, and this is our leading man.

He soon instructs Ted to take his super-drunk girlfriend home: “She’s so blitzed she won’t know the difference.” And—surprise, surprise—Ted has sex with her in the car, after his friends take photos of him with the intermittently conscious woman. As Stephanie Rogers of Btchflicks points out, what Sixteen Candles merrily depicts isn’t a far cry from the real events of Steubenville.

While we’re on the subject of consent, here’s another fun detail: Sam’s sister Ginny is stoned out of her mind on painkillers (which she’s taken because, yup, this makes medical sense, she’s on her period) for her wedding ceremony. She’s incoherent, and she can’t make it down the aisle without stumbling into a pew.