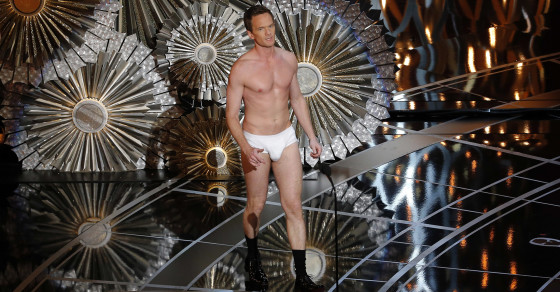 It’s Been A Dismal Year For Awards Shows

The Oscars’ ratings sank by double digits on Sunday, sliding 16 percent in total viewers from last year (a drop of 3.6 million people), as Deadline reported earlier today. But Hollywood’s biggest night isn’t alone in the ratings slump. Almost every televised awards ceremony this season saw its ratings drop off dramatically, including the Grammys (12 percent decline in total viewership), the American Music Awards (10 percent) and the Golden Globes (2 percent).

The Oscar ratings are just preliminary figures that will be adjusted as more information comes in, but if they hold, they’ll be the worst since 2009. The Grammys posted record numbers in 2014, but fell back in 2015. The American Music Awards suffered its biggest loss with its smallest audience ever. The Golden Globes did see a drop, but the show is actually still doing well compared with previous years.

The slump in ratings for the Oscars and the Grammys are in line with broadly critical reviews for both broadcasts. The lack of diversity in nominations and ceremonies that couldn’t quite deliver were just a few bones people found to pick. They had less to say about the American Music Awards, and (unlike host Neil Patrick Harris, whose Oscar performance struck a bum note) Tina Fey and Amy Poehler continued to please as Golden Globes hosts for their third and final year.