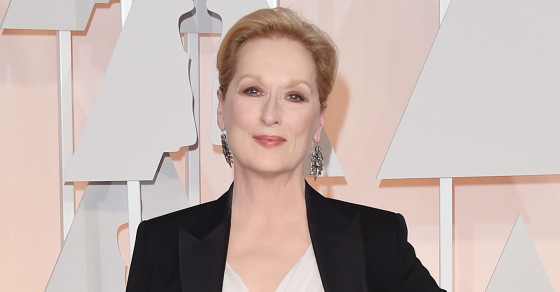 Meryl Streep wants to work with more female screenwriters. The reigning queen of the Academy Awards has racked up a record 19 acting nominations and three Oscar wins. What’s more, of her 19 Oscar-nominated films, seven of them (36 percent) were penned by female screenwriters—an oddity in male-dominated Hollywood. But exactly how much of an oddity?

In light of Streep’s recent funding announcement for the Writers Lab, which gives eight female screenwriters over the age of 40 the chance to workshop with established mentors, Vocativ examined a decade of Oscar-nominated original and adapted screenplays to gauge how many women had a hand in scripting the most lauded films of the year. The result? Streep’s track record is indeed an anomaly.

Of the 160 screenwriters credited for the 100 films nominated between 2005 and 2014, only 18 were women. Those women contributed to 16 films—or 16 percent of nominated screenplays—two of which won Oscars (Juno and Brokeback Mountain). And 11 of the 18 female screenwriters were over the age of 40 at the time of their films’ nominations.

Just to be thorough, we also took those same Oscar-nominated movies written by women and ran them through the Bechdel test—the most basic bar for gender equality in moviemaking, and a factor that demonstrably ensures a film will make more money. Unsurprisingly, 11 of the 16 films passed, e.g., they had named female characters who held a conversation about something other than men.

Still, Streep’s investment hopes to build on that. Run by New York Women in Film & Television (NYWIFT), the fall retreat also looks to directly address the uphill battle women have traditionally faced trying to get films made.

“The Writers Lab evolved in recognition of the absence of the female voice in narrative film, along with the dearth of support for script development. The lab offers eight promising films by women over 40 a springboard to production.”

The Writers Lab is accepting applications, starting May 1.

How Well Are Female Writers Represented At The Oscars?