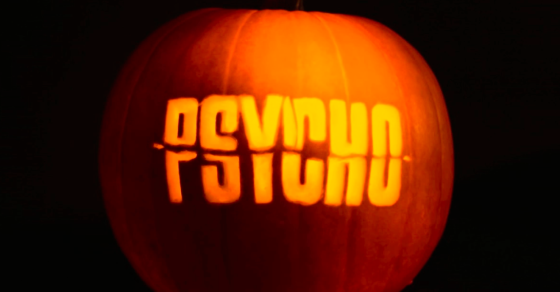 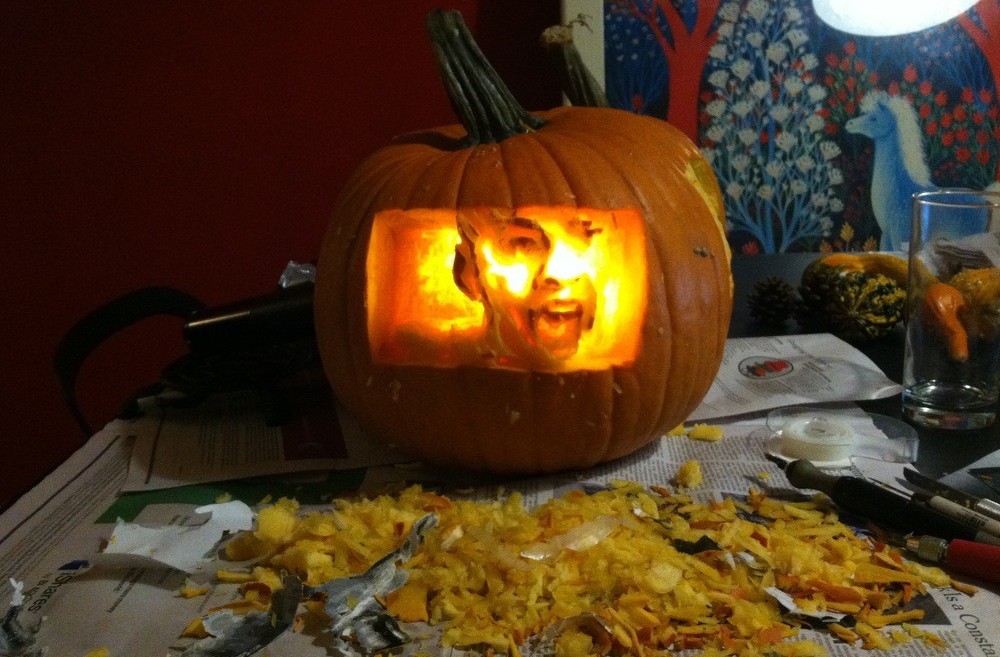 Alfred Hitchcock’s Psycho has always made for great Halloween viewing, but now a Brooklyn-based artist has painstakingly recreated the 1960 horror flick’s infamous shower scene—in which Marion Crane (Janet Leigh) is brutally stabbed to death—in a series of jack-o’-lanterns. A boy’s best friend is his pumpkin:

“Psych-o-Lantern” is the work of Yuliya Tsukerman, a playwright and scrimshaw artist who etches intricate nautical designs on ostrich eggs under the name Leviathan Bell. Two days before last Halloween, Tsukerman was suddenly struck by the urge to carve “a bunch” of pumpkins.

“But by then, there were no pumpkins left in the world,” she remembers. “I thought, maybe I should shelve this idea.”

Once our global pumpkin stores had been seasonally replenished, she had no excuse—Tsukerman set up camp in her dining room earlier this month. Every day, she’d walk to the vegetable store across the street from her Cobble Hill apartment to buy another pumpkin. “I’m supporting the community through my weird pumpkin projects,” she jokes.


YULIYA TSUKERMAN
Over the next two weeks, she meticulously carved 10 jack-o’-lanterns, each with three renderings of movie frames spaced out around its circumference. The more detailed designs took five to six hours to complete, and she passed the time by watching campy B-movies like Witchboard as she worked.

Originally, she’d hoped to tackle the Twin Peaks opening credits, but the shots of the lumber mill proved too difficult to recreate in pumpkin form. (She’s not kidding: Look at all that damn machinery.) But Psycho turned out to be a perfect—and even creepier—replacement. “Every frame is worth carving,” she says.

Here’s the full animation—complete with the original screeching violin score—in all its stop-motion glory:

Tsukerman hopes to take on more jack-o’-lantern projects in the future. “I thought I would be totally sick of pumpkins by now, but I actually feel kind of weird about going cold turkey,” she says.