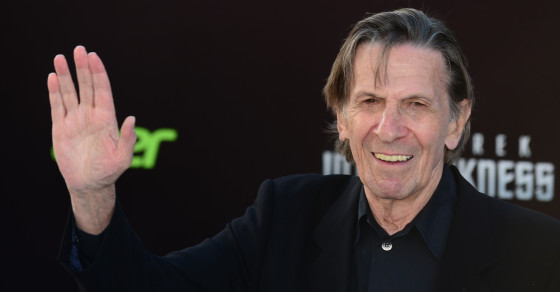 Leonard Nimoy Prospered Most As A Transformer
By Joshua A. Krisch

Leonard Nimoy Prospered Most As A Transformer

Leonard Nimoy is dead. For most of us, Nimoy was Spock of Star Trek’s Original Series, a half-human science officer who introduced us to the mind-meld and the Vulcan nerve-pinch. Nimoy only held the role for about three years, but during that time Star Trek and Spock become forever intertwined.

It turns out Nimoy also voiced Sentinel Prime in the movie Transformers: Dark of the Moon. And when you tally how much money every Star Trek movie grossed collectively since 1979 (without correcting for inflation, we admit), it’s only slightly more than that one Transformers movie made at the box office worldwide. Spock may be eternal, but if we’re just following the money, Nimoy’s most prosperous venture was arguably a voice cameo in a Michael Bay film (incidentally, Nimoy married into the Bay family in 1989). 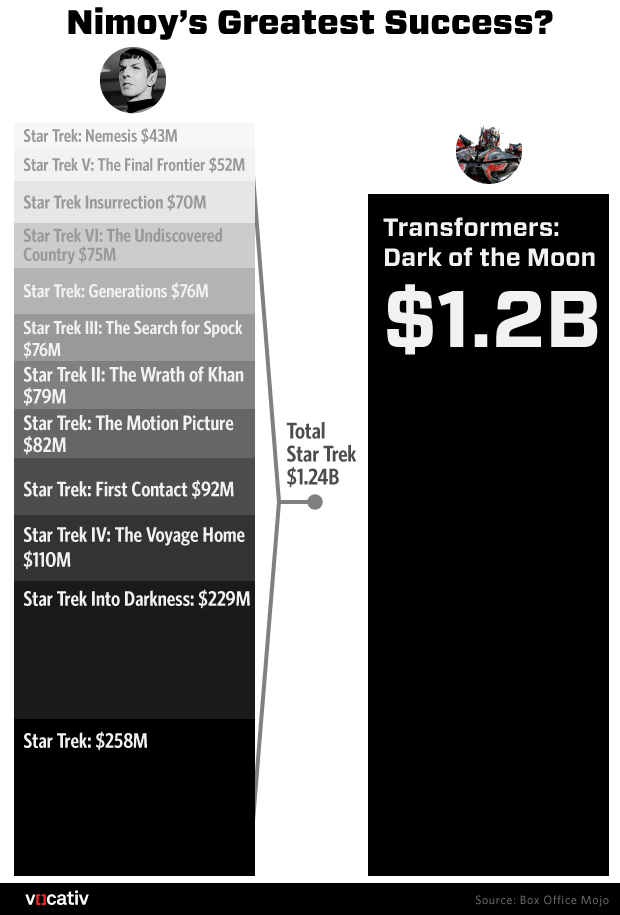