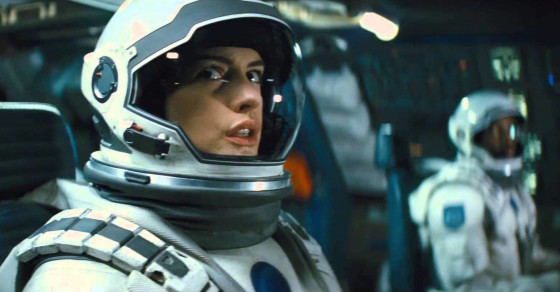 In a stroke of too-real genius, two astronauts gladly volunteer to risk their lives exploring a new planet rather than spend time alone with Anne Hathaway. (Delightfully, the actress playing Anne Hathaway’s character is directly addressed as “Anne Hathaway.”) When they finally return to the ship, the crew members catch up on recorded transmissions from Earth and discover that something seems off about their faraway kids.

At the very least, you have to give this parody credit for making sense, unlike a certain big-budget Christopher Nolan movie we won’t deign to mention here. (Interstellar. We’re talking about Interstellar.)