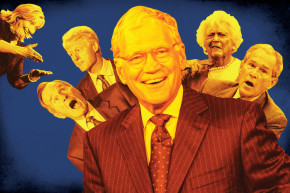 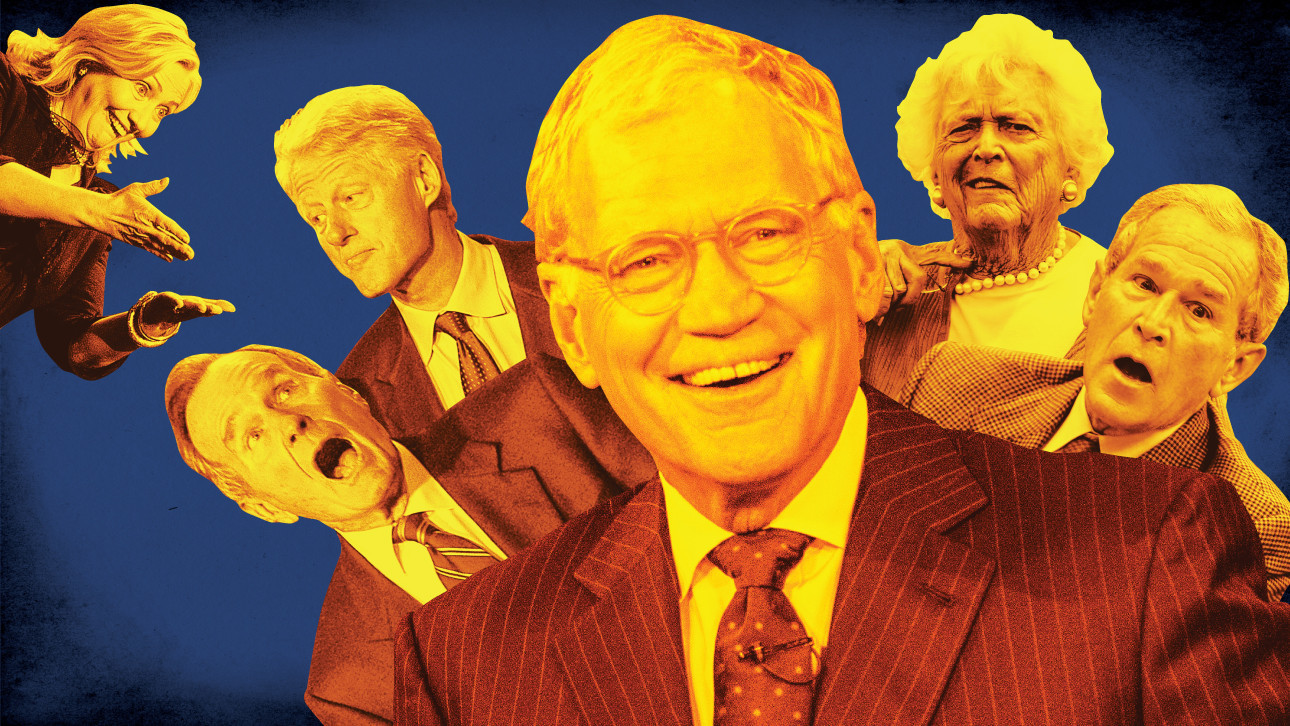 As David Letterman closes out his final episode of “Late Show with David Letterman” on Wednesday night, two of America’s most prominent political families may finally get a good night’s rest.

Over the course of three decades, the late-night legend used his popular “Top Ten” countdown to skewer the Clinton and Bush families nearly 800 times, making them the routine’s two most popular targets by a landslide, an analysis by Vocativ shows. Reviewing more than 4,000 Top Ten segments since 1987, we found that the Clintons were the topic of the countdown 157 times, while the Bushes were the prompt in another 117 instances.

While Presidents Bill Clinton (Top Ten Signs President Clinton Is Bored, April 11, 2000) and George W. Bush (Top 10 Signs George W. Bush Is Depressed, November 8, 2006) bore the brunt of Letterman’s lashes, their wives, daughters, mothers and brothers were also subject to ridicule at one time or another. (And in Bush’s case, of course, his father was as well.)

The Late Show host portrayed Former First Lady Barbara Bush as a pugnacious wrestling champ as late as 2013—more than 20 years after she and her husband left the Oval Office. Chelsea Clinton became the prompt for his Top Ten list when she got hitched five years ago. And, unsurprisingly, Hillary Clinton has been hammered on everything from her pantsuits to her run for the U.S. Senate in 2000.

When it comes to being the subject of Letterman’s Top Tens, other world leaders and celebrities barely hold a candle to the Clintons and Bushes. Barack Obama is next with a mere 45 appearances since 2004. Right behind Obama is Saddam Hussein, who between 1990 and 2008 appeared 42 times as the subject of a Letterman Top Ten.

10. Top Ten Signs You’re Not Going To Win The Miss America Pageant—January 13, 2011
You take the stage like Hillary Clinton boards an airplane.

8. Top Ten Surprises In Oprah’s Interview With Madonna—October 24, 2006
Out of habit, Bill Clinton called to say it wasn’t his.

4. Top Ten Signs New York Has Baseball Fever—October 13, 2000
Teams are doing so well Hillary Clinton split on whom to pretend to root for.

1. Top Ten Signs You’re at a Bad Office Christmas Party—December 10, 2003
Party consists of you, Bill Clinton, and a whole lot of mistletoe