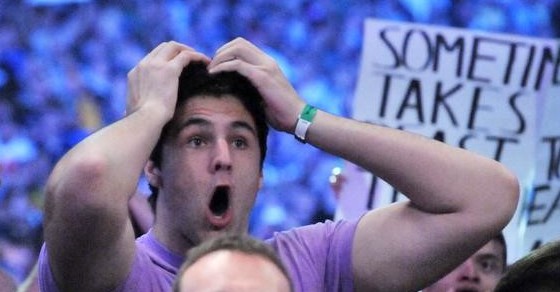 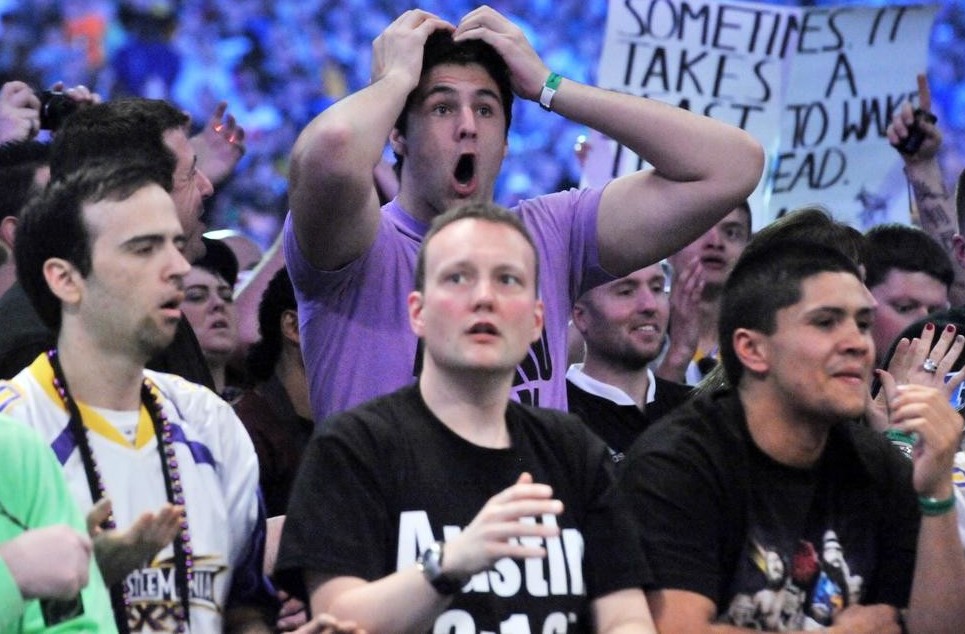 After a 23-year run, The Undertaker finally went down Sunday night to Brock Lesnar, sending fans into fits of hyperbolic despair.

Over the span of two decades, the 6-foot-10, 300-pound wrestling icon never lost a match at World Wrestling Entertainment’s flagship annual event. His famed, 21-0 streak started in 1991 when he took down Superfly Jimmy Snuka at WrestleMania VII. He went on to clobber King Kong Bundy and the Big Boss Man, outmaneuver Shawn Michaels (twice!) and put the finishing moves on Triple H, Ric Flair and The Big Show. 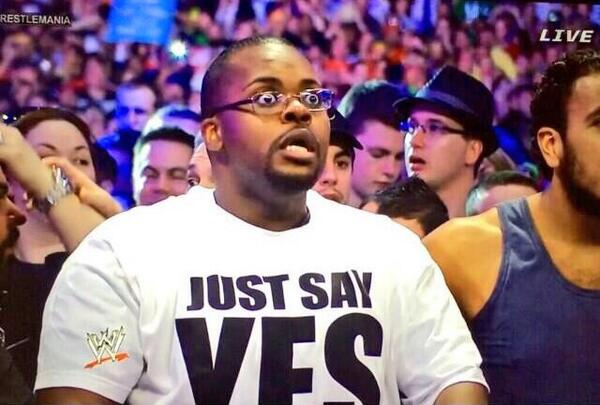 “The Undertaker’s streak was a precious relic preserved lovingly throughout the history of WWE,” wrote Shalaj Lawania on Bleacher Report. “A streak that was born accidentally, and then nurtured into a trophy and one that finally matured as the highlight of every WrestleMania.”

The shocking defeat sent 75,000 fans at New Orleans’ Mercedes-Benz Superdome into a dumbstruck stupor. Within seconds, scores of the crestfallen had taken to Twitter to try to make sense of it all. Those who could summon the words likened the traumatic event to 9/11 or Pearl Harbor. And literally thousands are now looking back at their childhoods and seeing a bloody husk. Here’s a sampling from the fire hose of grief:

The undertaker losing is far and away the greatest tragedy since 9/11.

I still feel like I’ve had my childhood brutally murdered in front of me, but its a little easier #TheStreak #WWE #Wrestlemania #Undertaker — :|~MegaDunsparce~|: (@HallowBat) April 7, 2014

I’m pretty sure we can all agree undertaker losing is the worst thing since 9/11 — Justinhudik (@justinhudik) April 7, 2014

WWE is scripted and all that shit but damn it took a part of my childhood when Undertaker lost last night.

Bitch The Undertaker just lost no one gives a fuck about your boyfriend cheating on you.

As of tonight I’m officially a man, Brock didn’t just beat undertaker, but killed my childhood

The undertaker streak being broken is like the twin tower going down nobody want to belive or can belive!!!

Watching the undertaker lose is like getting Blue balls. Just fucking and then not being able to finish