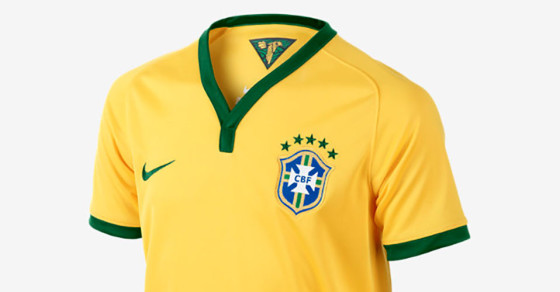 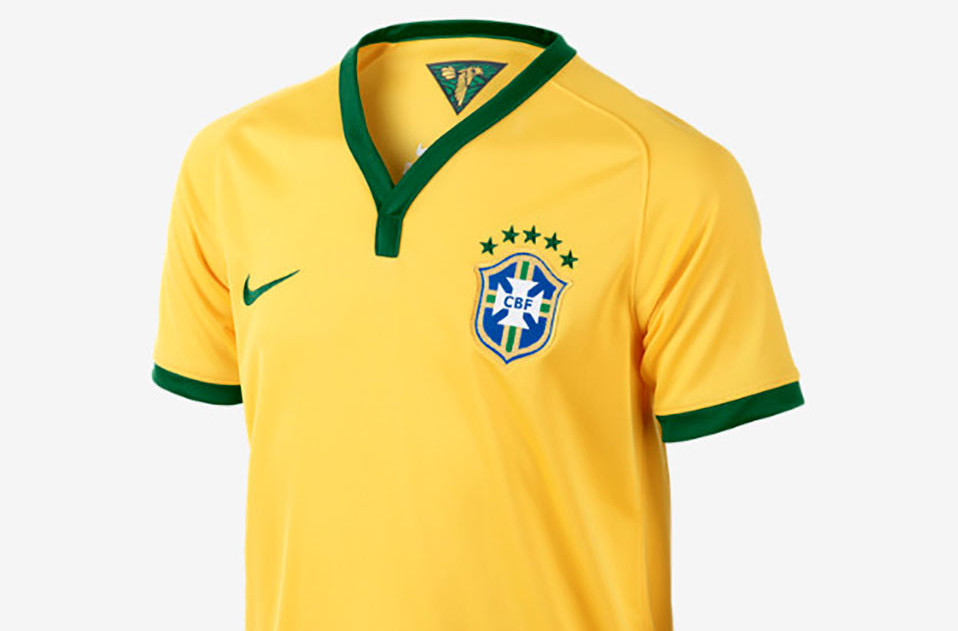 The athletic apparel giant introduced a line of Brazil soccer jerseys for the 2014 World Cup, which customers are allowed to personalize—well, kind of. You can put anything you want on your jersey, as long as you aren’t insulting Rousseff, her party or the Brazilian government. No joke.

For instance, if you try to personalize your jersey with the phrases like “Fora Dilma” (“Go Away Dilma”) or “Fora PT” (“Go Away PT”), short for Partido dos Trabalhadores or the Workers’ Party, an automatic message pops up that translates to “words not available for customization.” You are, however, able to customize a jersey with phrases that attack other candidates and campaigns other than Rousseff’s, including “Fora Aécio” (“Go Away Aécio”), which refers to Aécio Neves, Rousseff’s main major challenger in October’s elections for the Brazilian presidency.

Below are screenshots of a Vocativ reporter who went through the customization process using a variety of terms:

Let's see if we can tell the opposition leader to get the hell out. Seems like we can.

Can we call for the ouster of the current president? Nope. Orange box.

The Facebook community Organização de Combate à Corrupção (the Organization to Combat Corruption, or OCC) first posted the news to its page less than 24 hours ago, where the post is just beginning to gain traction.

People have started to post the news to their own walls and are speaking out against Rousseff’s regime, painting Nike in a negative light. Some Brazilians on social media are even calling for a boycott of the brand.

Translation: “Nonsense!! The dictatorship is no longer in disguise. Wayward party. Nike sold! OUT DILMA, OUT LULA, OUT PT!!”

Translation: “Look at the absurd…at the site https://www.nike.com.br/Camisa-Masculina-CBF-Torcedor-I-252098.html. OUTSIDE AECIO can but outside DILMA CANNOT! Imagine if there’s no pressure @nike. Take RT.”

A Nike boycott in Brazil would be something of a disaster, if it ever came to pass. Nike expects Brazil to be its third largest market in the world by 2017, and is building an enormous marketing strategy around the 2016 Olympics in Rio. Nike has also enjoyed a long-term deal with the Brazil Football Confederation since 1997. That deal was worth roughly $160 million when first signed, the largest of its kind with a national organization. The current contract is said to be worth $12 million a year to the CBF, and extends into 2018. The merchandising and brand value accruing to Nike from the deal is much harder to quantify, and vastly larger.

The shirt censorship is reminiscent of a 2001 incident in which Nike customer and now BuzzFeed CEO Jonah Peretti was prevented from adding the word “sweatshop” to a pair of Nike sneakers he designed using the Nike iD website. His attempt to do so elicited an email exchange between Peretti and the brand, which outlined that “sweatshop” was included in the “inappropriate slang” category and was not allowed, despite Peretti’s claims that he simply wanted to honor the hard-working people who had made his customized kicks.

Hilarious talk by buzzfeed CEO on how he tried to get a pair of Nike shoes with the personalized word sweatshop https://t.co/1BhLIB1EdQ 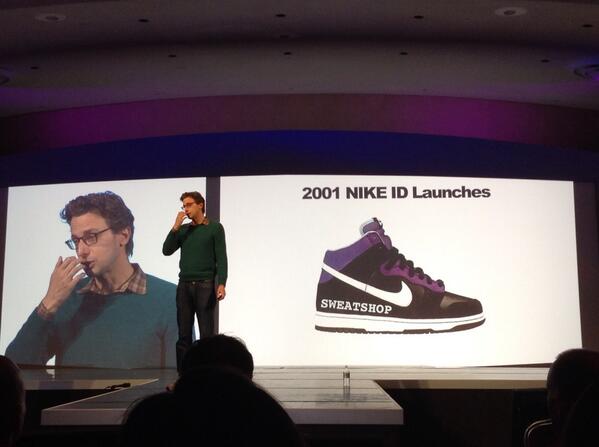