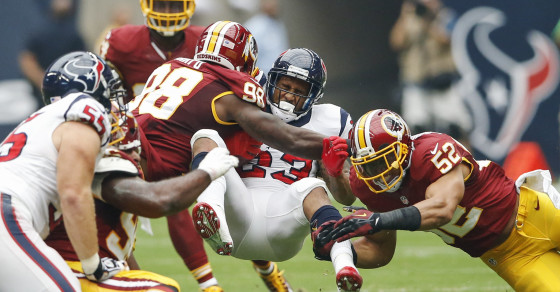 The Washington Redskins Are The NFL’s Dirtiest Team 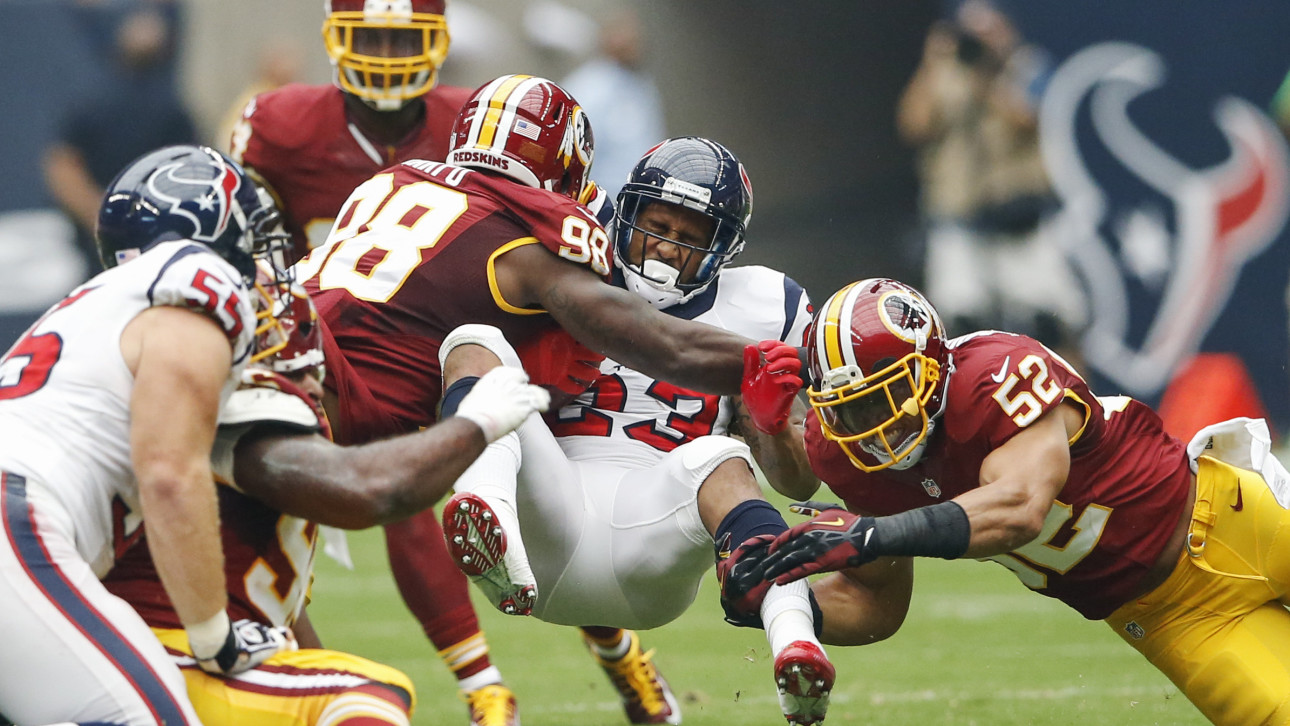 The 2014-15 NFL season is over and the numbers are in. In total, the NFL issued $2.6 million in fines against players for conduct on the field. And it turns out that one of the NFL’s most controversial teams is also the dirtiest. No, it’s not the ball-deflating, bowl-winning Patriots. Step up, Washington Redskins.

Not only did the Washington Redskins court controversy with a team name seen as a racist slur, but they also committed the greatest number of offenses punishable by fines throughout the 2014-15 season. The team racked up a whopping 17 of them, for a total of $216,736. The Baltimore Ravens were the runners-up, with 12, while the Detroit Lions came in second for dollar amount, with a total of $206,705 in fines against their players.

Players were most frequently docked for “roughing the passer,” which earned them 32 fines throughout the NFL season. That one foul category accounted for $498,132 of “naughty money” in the NFL’s pocket. Quarterbacks were not particularly fine-prone, and most of them were for bad language or the wrong clothing. Fashion-conscious pro football players handed over a total of $72,785 for uniform violations. In the world of an NFL player, that’s chump change. The opportunity to wear a gladiator helmet on the field is probably worth $5,512 if you are Terrell Suggs (whose career earnings were $89 million in 2014). Paying out $11,025 to wear a pair of red socks—maybe not quite as worth it.

Unsurprisingly, Seattle Seahawks running back Marshawn Lynch paid the most in fines last year with $131,050. He paid a whopping $100,000 for his refusal to speak to the media and $31,050 for excessive celebrations (pennies relative to the fact that he made $6.5 million during the season). Detroit Lions safety James Ihedigbo was fined a total of four times, the highest number for any player. It’s the wide receivers who draw the most fines in the offensive lineup—28 in 2014-15.

But the most fined position is defensive end. Fines are just part of the daily grind for these hard-hitting workhorses. A large chunk of the fines were for roughing the passer, which is pretty much their job description. Defensive ends racked up $390,070 in fines in 2014-15.