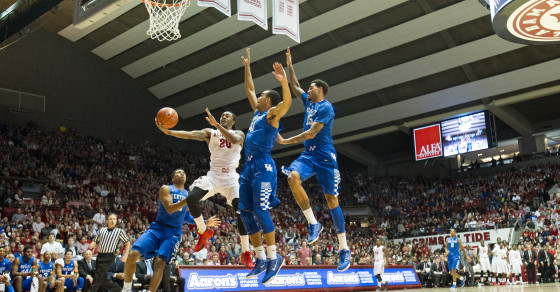 One Thing Top NCAA Bracketologists Agree On …
By Gabriel Bell 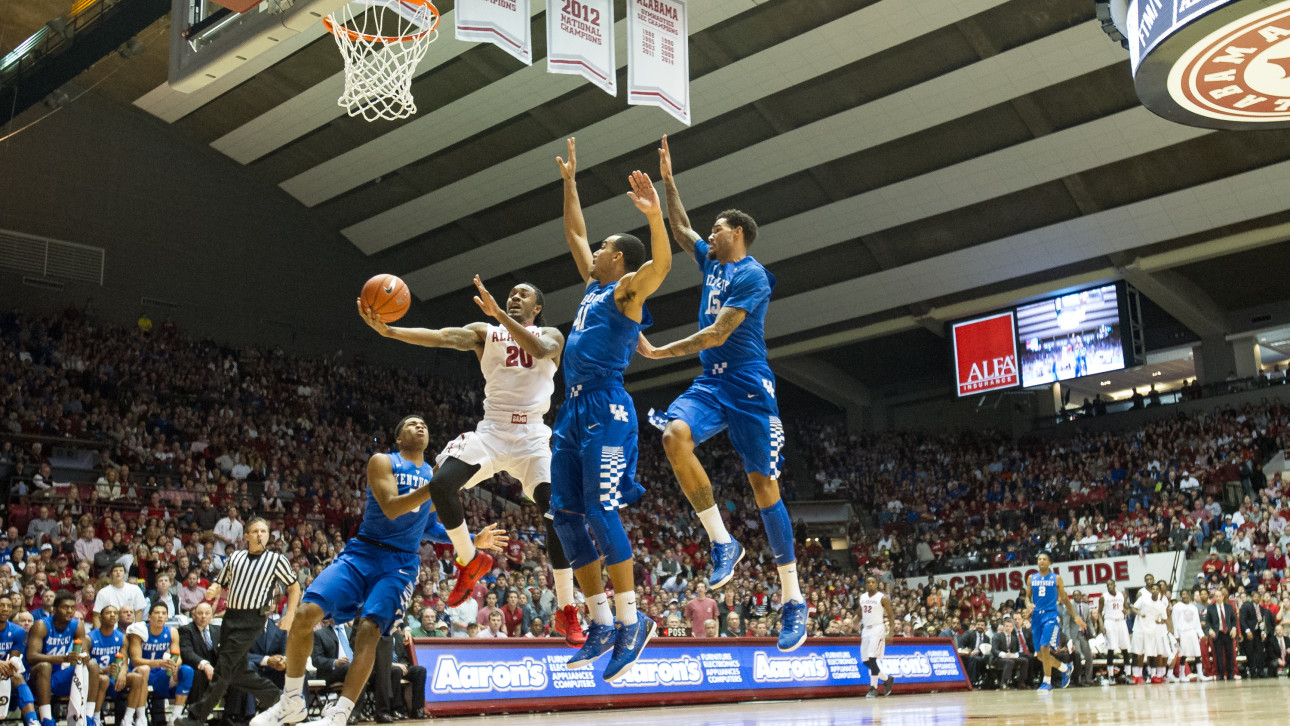 The preliminary games for this season’s NCAA Men’s Basketball Tournament haven’t even happened yet, and some experts are already offering their picks for which final team will have its one shining moment. What’s remarkable about the predictions is just how strongly they favor University of Kentucky to win the whole thing.

Nate Silver’s graceful interactive bracket—which has had a 70-percent accuracy rating over the years, according to the site FiveThirtyEight—predicts that Kentucky has a 41 percent chance of taking home the title. That’s more than FiveThirtyEight’s other three picks for the Final Four combined.

The oddsmakers at the Westgate Las Vegas SuperBook, often another source for crowdsourcing predictions, both echo and amplify FiveThirtyEight’s take by putting Kentucky at even money (2-to-1). Again, Kentucky is given a higher percentage of winning than the rest of the Final Four put together, which has a trickle-down effect on the rest of seeds.

More Sports Fans Give A Pass To Off-The-Field Cheaters

The natural inclination to go with perennial favorites such as Duke, however, may have played a factor in the their choices for which teams will make the Elite Eight.

Over on CBS, the longtime home of March Madness coverage, six of the channel’s top experts have drafted their Final Four brackets. Again, Kentucky appears in all of them, though there’s a greater mix of potential spoilers (one of their pundits actually didn’t pick Kentucky to reach the championship round).

Taken together—albeit in a highly unscientific manner—these three sources reveal at least two solid picks for anyone’s Final Four: Kentucky and Arizona. Of course, all of these predictions may go up in smoke on Thursday—after all, this month belongs to Cinderella.