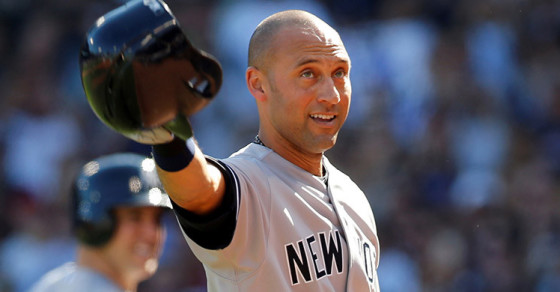 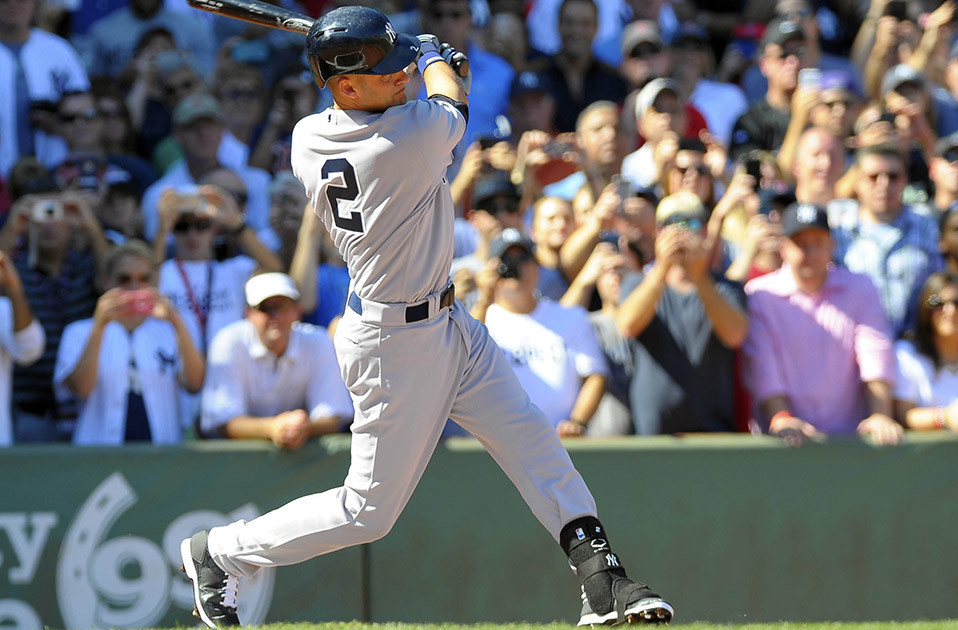 Unless you’ve been living under a rock, you know that Derek Jeter played his final game in pinstripes last week. Fans paid through the nose to see his last acts at Yankee Stadium and later Fenway Park, where the season actually ended. Some tickets were going for $55,000.

It’s not a huge surprise that fans would be willing to pay a premium to see history, but do all pro athletes with distinguished tenures enjoy these kinds of massive ticket spikes? To see how the captain measured up against other high-profile retirees doing victory-lap seasons, we tapped the secondary ticket seller StubHub.

We picked athletes who announced that they were calling it quits before the season started, and we asked StubHub to pull ticket-price data for their final home and away games. We wanted to see how the ticket prices changed over the course of the season. Our hall of fame included Landon Donovan (soccer), Ray Lewis (football), and Todd Helton, Mariano Rivera and Andy Pettitte (all baseball).

“We generally always see prices go down leading up to an event. So if the price increases, that means something is definitely affecting demand, in this case the retirement announcement,” says Cameron Papp, spokesman for StubHub.

All the players we looked at saw price increases for their final games, but there was a wide range in how much. Ray Lewis was a 13-time pro Bowler and one of the most ferocious linebackers of all time. But the average ticket price for his last game in Baltimore rose just 4 percent over the course of his last season. Todd Helton spent his entire 17-year career with the Colorado Rockies, a rarity in baseball, and he holds at least eight team records. But ticket prices for his final home game got a bump of just 3 percent. Oddly, he did better with his final away game, where prices were up 8 percent.

New York Yankees closer Mariano Rivera, widely considered to be one of the best closers in baseball history, did far better than both Lewis or Helton. Prices rose 83 percent for tickets to his last home game and 18 percent for his final away game. (See the other players in the chart above.)

But Jeter blows away the competition. The average ticket price for his final game at Yankee Stadium increased from $71 the day before Jeter announced his retirement to $450 on the day of the game. That’s a 470 percent surge. Prices for the last away game, against the rival Red Sox, followed a similar pattern, jumping from $168 before the announcement to $322, or 92 percent.

Andrew Zimbalist, a sports economist at Smith College, says Jeter got a bigger lift than many other players because of a range of factors—from the fact the he played in media centric-New York City to the consistency of his play through the years to the dignified way he comported himself on and off the field. But Zimbalist says there was also a bit of a bubble at work helping to fuel prices.

“A part of it also is that it feeds upon itself. Once you cross a certain threshold of notoriety and fame, it self-perpetuates,” he says. “When one person says that they have tickets to Jeter’s last home game and then everyone listening to that gets jealous of that, then a lot of those people turn to the secondary market. And as those ticket prices go up, it is kind of like a housing bubble—’I better get one of these before the price goes up even more.'”