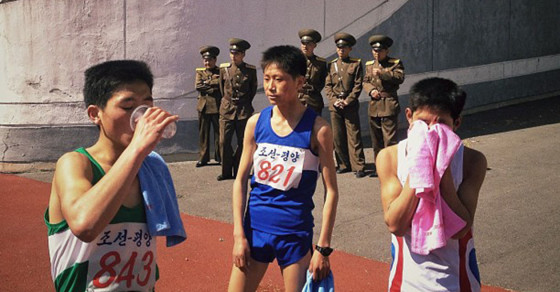 Good News: It’s Easier Than Ever to Qualify for the Pyongyang Marathon
By Emily Levy

Good News: It’s Easier Than Ever to Qualify for the Pyongyang Marathon 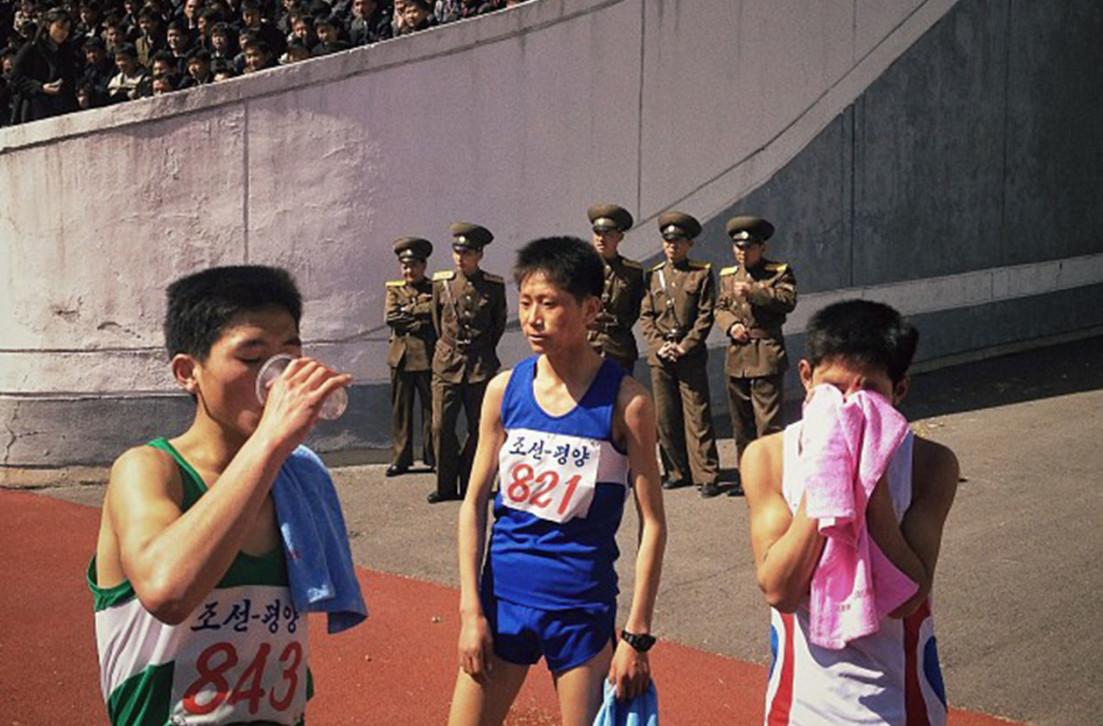 North Korea is one of the most hellacious places on the planet: Its leaders starve and torture lots of people in prison camps, and they line up their political rivals in front of firing squads.

But what’s a little genocide among friends? Pyongyang’s rulers would still love you to join them for the country’s annual marathon in April. And this year, they’ve even made it easier for foreign runners to qualify. So if you’ve mastered Boston’s “Heartbreak Hill,” had your fill of the wineries of Napa and the beaches of Honolulu, and you’ve always wanted to grind through 26.2 miles shadowed by the secret police—then maybe it’s time to try Pyongyang.

In fact, that’s what two Oxford students are training for—they just need you to pay for part of their trip.

Crowdfunding is helping lots of people fund their junkets, and the students, Phil Yao of New York and Julian De Freitas of South Africa, are looking for their own spot on the gravy train, with an $8,000 campaign. “It’s not often that one gets to visit North Korea,” the students admit. The two are raising a portion of the $8,000 for the Anna Foundation, a non-profit based in South Africa that teaches children the benefits of healthy eating and exercise.

If Dennis Rodman can win over Kim Jung Un, why can’t Yao and de Freitas do a little peacekeeping of their own?

The marathon, known as the Mangyongdae Prize International Marathon, was established in 1981 to (surprise) celebrate the life of Eternal President Kim II Sung, grandfather of current dictator Kim Jung Un. It opened up to elite international runners in 2001. This January, a sports authority group in Pyongyang announced that amateurs could participate in the race for the first time, as long as they could complete the run in under five hours.

Yao, 22, and De Freitas, 23, got tentative permission from Koryo, a British tour organization that specializes in travel to North Korea, to document their run via GoPro. “The footage should be a fascinating look into Pyongyang,” the graduate students promise in their Indiegogo pitch. “The marathon will pass through monuments, lines of soldiers and citizens and more.” (No gulags are on the race course, though.)

As of late last month, no Americans had registered for the North Korean marathon.

Like most other crowdfunding projects, Yao and De Freitas may not reach their goal–they had accumulated less than $1,000 at the time of writing. But they say they’re “very committed” to the trip. (What do you get for your donations? For anyone who donates $500, the two will tote life-size, cardboard cutouts of your likeness in front of North Korean monuments during their journey!)

North Korea, one of the most closed nations in the world, gets downright international during the marathon. Last year’s race featured contestants from 16 countries. On the men’s side, an Ethiopian runner won. On the women’s side, however, North Koreans have won the race every year since 2000.