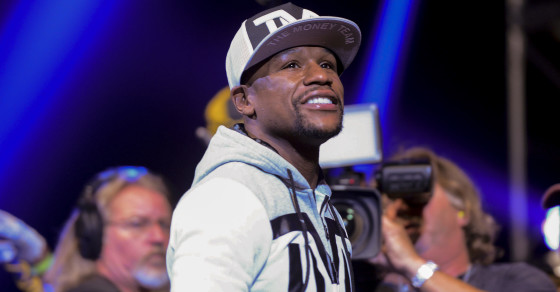 Why Hasn’t Floyd Mayweather Been Suspended From Boxing?
By John Duda

Why Hasn’t Floyd Mayweather Been Suspended From Boxing? 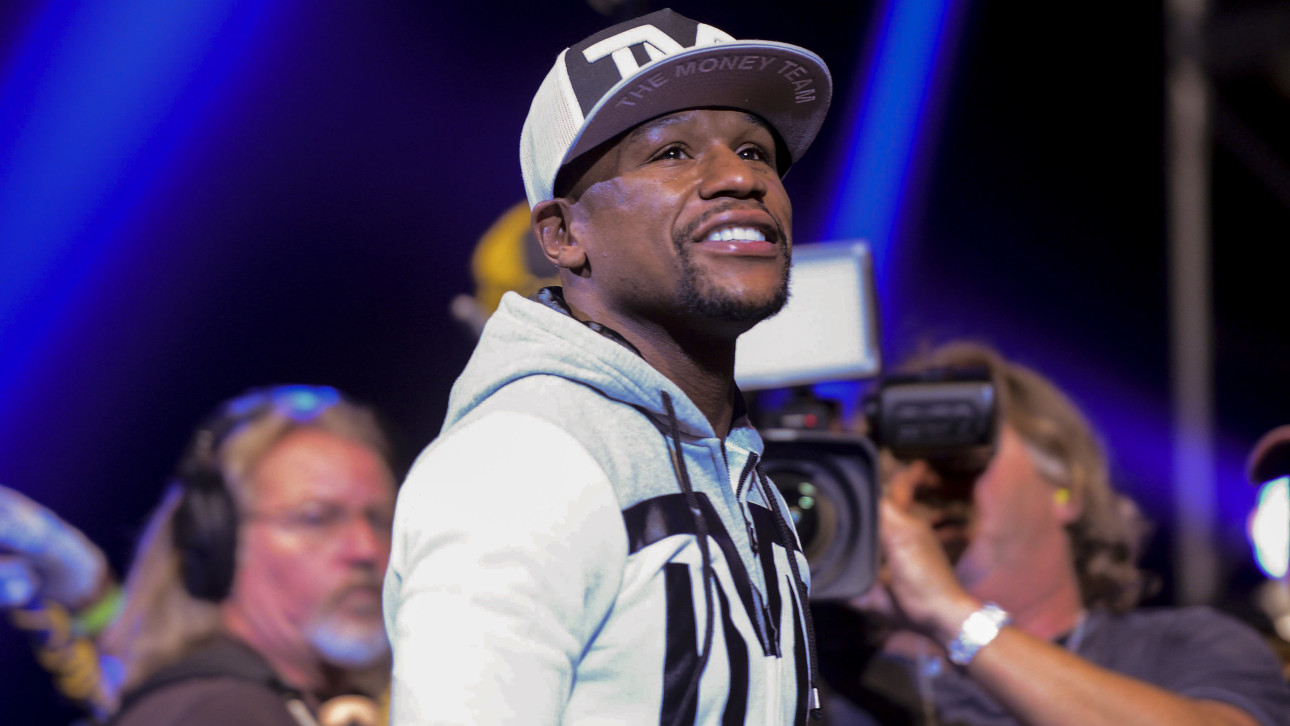 A lot has been made of the Floyd Mayweather / Manny Pacquiao fight: Floyd stands to make up to $100 million; Manny’s getting $2 million just to put on his trunks; a room at the Vegas Hampton Inn will cost you $2K; and yes, Floyd Mayweather is a serial woman beater. He’s been accused of 7 incidents of assault with 5 different women, and has spent time in jail for at least one. So the question isn’t who’s going to win Saturday, but why Mayweather is allowed to fight at all?

The authority in boxing is so unwieldy that most people (besides scholars and Congress) don’t even bother trying to understand it. But to simplify, there are four organizations, each with their own championship belts: the WBO, WBC, WBA and IBF—all of which fall under the authority of the Association of Boxing Commissions. And according to the “Muhammad Ali Boxing Reform Act” of 1996, helpfully posted to the ABC website, if one commission suspends a boxer, that boxer is suspended across the board.

Mayweather holds a belt in the WBC welterweight class, and according to the WBC’s own rules:

“… the WBC may suspend or withdraw recognition of a boxer as a WBC champion, challenger, or contender, as it may determine in its sole discretion, for any reason justifying suspension or withdrawal, including but not limited to violation of the WBC Constitution or these Rules & Regulations, holding the title of or fighting for another organization without the approval or sanction of the WBC, or conviction and imprisonment for a crime involving moral turpitude or any other serious moral offense.”

Most people would qualify spending 90 days in jail for beating your ex-girlfriend, in front of your kids, as “moral turpitude”; Mayweather should have been stripped of his title and suspended long ago.

Aside from the issue that various boxing authorities aren’t consistent with punishments, perhaps the problem is simply that boxing commissions don’t like to suspend fighters, preferring to simply regulate what happens in the ring. For example, while Muhammad Ali was suspended for refusing the draft, and Mike Tyson was eventually banned for life for multiple infractions (not his rape conviction, though), there have been few noteworthy suspensions in the past 15 years. In 2009, the WBC suspended Cristobel Arreola for 6 months for excessive cursing. In 2013, Julio Cesar Chavez, Jr. was suspended for 9 months and fined $900,000 for testing positive for marijuana (according to ESPN, this punishment is standard for similar infractions). Adrien Broner was suspended last year for “racially insensitive remarks” after a fight.

And sure, there was speculation that Mayweather would be stripped of his title while in prison—not because he beat his ex, but instead because the 90-day sentence would keep him from making a mandatory biannual defense of the title. In 2006, Mayweather’s $5 million purse was briefly held, pending an investigation into a post-fight scuffle between his corner and that of IBF opponent, Zab Judah. But ultimately, Mayweather saw no punishment—only Roger Mayweather, his uncle and trainer, was fined for his involvement.

Ultimately, the question of why Mayweather has never been stripped of a title, or suspended from the sport, was meant to be rhetorical—why would any governing body want to suspend its star athlete? So, while it’s no surprise the ABC wouldn’t want to suspend him in the run-up to the “Fight of the Century,” it’s a bad sign when you can look to the NFL as an improvement on fairness and consistency.

Floyd Mayweather and the mother of his kids, Josie L. Harris, in happier times.