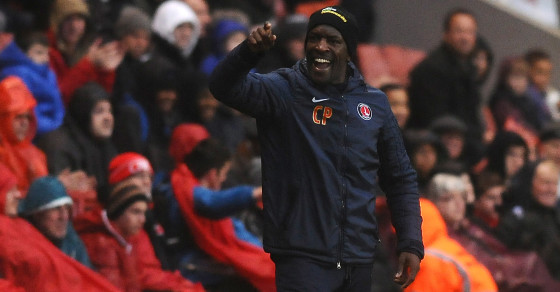 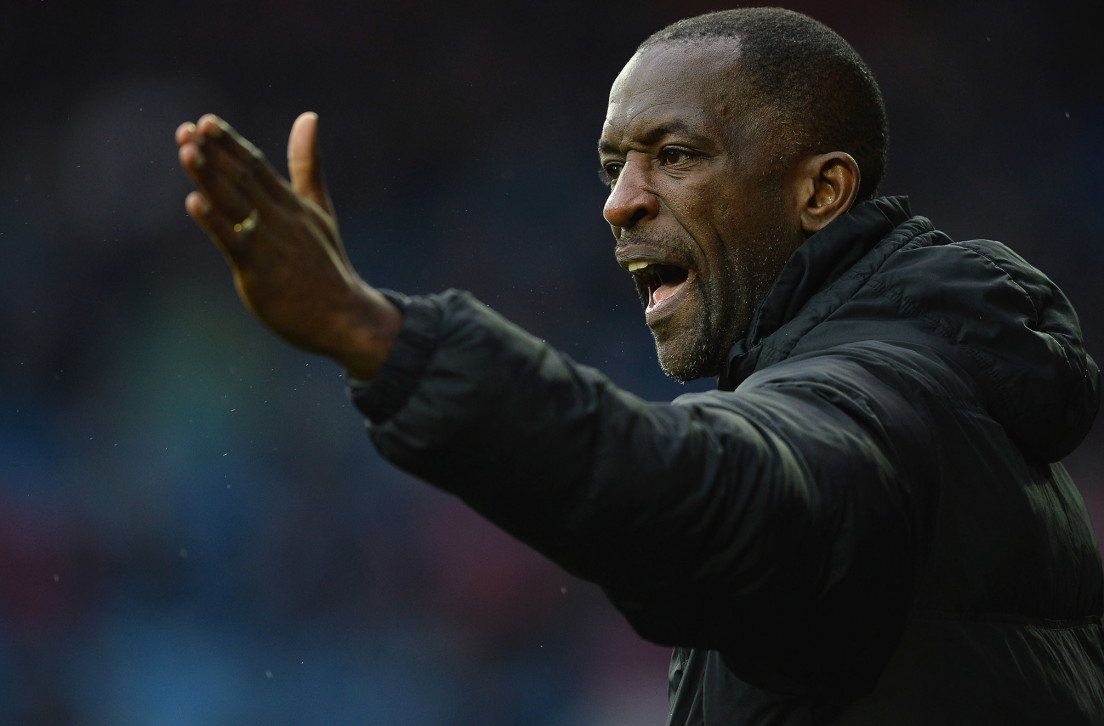 Ricky Hill, a former England international soccer player, is talking about the bad, old days of English football (the 1970s and ’80s), when racism was everywhere—on the terraces, in the boardroom and outside the stadiums, where fascist groups sold their newspapers before games.

Hill was among a group of exciting, young black players who smashed through the football race barrier in that era. In September 1982, he became just the fourth black player ever to represent England’s national side, and he proudly says he was a member of the first English league side, Luton Town, to field a team with more black players than white.

So by the end of his career in 1993, Hill decided he would go into coaching, hopeful of his chances to work at the highest level in England.

But after 21 years, 40 job applications and only one club bothering to acknowledge his letters—Manchester United, which was “going in a different direction”—Hill is still waiting. “I would hate to think that one’s color is an obstacle,” says Hill, now first team coach with the Tampa Bay Rowdies, a club in the North American Soccer League, “but it has to be discussed.”

Arsenal midfielder Paul Davis is challenged by Luton player Ricky Hill (right) during the opening match of the season at the Arsenal Stadium in Highbury, North London, on August 27, 1983.

By all appearances, the sport seems to have grown and progressed, developing a massive reach, as well as wholly diverse rosters.

English soccer, with the Premier League as its golden goose, is one of the biggest and most watched soccer leagues in the world; some 650 million people in more than 200 countries watch its games. It makes more than $2 billion a year selling the game to TV stations outside the U.K., with more than 115 million Americans viewing English soccer matches last year, as did 90 million Nigerians.

And of the more than 1,000 players who take to the field every weekend, on average almost 300—around 30 percent—are black. It seems to be a world away from the time Hill when played.

Yet beyond its shiny new branding and the billions of dollars in revenue, there remains at least one remnant of the old days: English football still seems to have a problem with color, specifically on the touchline.

Last week, Huddersfield Town (a grand, old team of English football that last won something of note around the same time Charlie Chaplin thought it would be a good idea to chance his cane in Hollywood) appointed Chris Powell, another former England international player, as manager. With Powell’s hiring, it brought the number of black and ethnic minority managers across the 92 sides in the top four leagues in England to a total of one.

That number—just over 1 percent of managers—does not seem so shocking or unrepresentative when you consider Britain’s black population is around 2 million, or about 3 percent. But in soccer terms, it is jaw-dropping.

Paul Mortimer, a former professional player with Charlton and Aston Villa, now works as the professional player engagement manager for the Kick It Out charity. He says the numbers are even worse when you consider most teams have three or four senior positions—not just head coach—and minority coaches fill few of them.

“In total, there are fewer than 20 [black coaches],” Mortimer says of the 92 league teams. “That tells you how big the problem is.”

He points to assistants Terry Connor at Ipswich and Damian Matthew at Charlton as two rare examples. And he mentions Eddie Newton, who was the assistant manager at Chelsea in 2012—when the club won the greatest prize in club football, the Champions League, for the only time in its history. “I don’t know anyone that young [as a coach] who has won the Champions League. And that’s still not enough to get him a job.”

There are currently no black managers in the English game’s global jewel, the Premier League. And there have only ever been two: Paul Ince at Blackburn (briefly) and Chris Hughton at Newcastle, then Norwich. Both are now out of work.

Adrian Bevington, a senior official at the Football Association, English football’s governing body, said after Chris Powell’s appointment that it was embarrassing he was the only black manager in the top four divisions.

Paul Ince in November 2008 as manager of the Blackburn Rovers during a Premier League football match at Fratton Park in Portsmouth. Ince spent only six months at the helm.

In the fallout from his sacking at Cardiff City, which stemmed from a dispute with club Chairman Vincent Tan, it emerged that Mackay sent racist text messages to colleagues and staff during his time at the helm, one referring to the club’s Malaysian owner as “the chink.” Another noted, “Not many white faces amongst that lot but worth considering,” in reference to potential signings.

To make matters worse, the League Managers Association, the union that represents coaches in the English game, dismissed Mackay’s comments as humor, claiming he “was letting off steam to a friend during some friendly text message banter.”

There is no question that Mackay’s remarks were offensive, says Shaka Hislop, a former goalkeeper who played in the Premier League with Newcastle, West Ham and Portsmouth, and now works for ESPN and the Show Racism the Red Card charity. “[Soccer] is still very much a gentleman’s club, one that still harbors antiquated ideas.”

With this in mind, one of the first things Powell did on his appointment at Huddersfield was to call for an English version of the NFL’s Rooney Rule, which the league introduced in 2003 to require teams to interview black and minority candidates for coaching positions.

“If you look at the NFL, it has had an effect,” says Hislop. “There has been an improvement in numbers. Black players are being taken seriously and given a chance.”

Mortimer and Hill agree, the former citing the transparency a similar rule would provide to the English selection system. And it was Hill who brought the rule’s attention to the English authorities 10 years ago. “Black coaches are not looking for any special privileges,” Hill says, “just a platform to show our talents.”

The problem is, there is strong resistance within the game. The Premier League’s longest serving manager, Arsene Wenger, who has coached Arsenal since 1996, called the idea a kind of racism.

“I don’t think the Rooney Rule would work in football in any case,” says Ellis Cashmore, professor of culture, media and sports at Staffordshire University. “It would be seen as interference into clubs’ decision-making capacities.”

So where does that leave those campaigning for change?

(L-R) Wayne Rooney, Patrice Evra, Michael Carrick and Shinji Kagawa of Manchester United line up with a No To Racism pennant prior to the UEFA Champions League Group A match between Man U and Real Sociedad in 2013.

An area they could exploit is one of the Premier League’s strengths: wealth.

“In sport, right now, the main thing that talks is money,” says Simon Chadwick, professor of sports business strategy and marketing at Coventry University, and editor of The Scorecard, an online sports business title. “We have had the moral debate for a long time. Now there has to be a different way to come at this.”

Chadwick argues for a market-driven morality—and the market certainly talks in soccer. On shirt sponsorship deals alone, Manchester United has a contract worth almost $75 million a year with Chevrolet through 2021. Liverpool has a deal with Standard Chartered bank for more than $30 million a year.

Bringing pressure on massive corporations in soccer is “not a totally alien concept,” says Chadwick. He cites the example of Manchester United fans who took action against the club’s owners. As a group, the fans contacted different cellphone providers to get a deal, rather than use Vodafone, which then sponsored the team’s shirt. “Fans have got to start realizing how powerful they are,” Chadwick says.

After being looked over numerous times for coaching jobs in the top English football leagues, Ricky Hill now calls plays for the Tampa Bay Rowdies in the North American Soccer League.

Whether fans care enough about this issue to act is open to debate, Cashmore says, but Hill is encouraged by the potential of black fans, who will be able to demand change as they become more vocal and powerful. He also points to prominent black players and recent stars such as Rio Ferdinand, David James, Sol Campbell and Andrew Cole as guys who might be able to land a top job. Maybe their popularity will prove an able impetus to break through and transform English soccer.

But Hill, an amiable 55-year-old, admits it is probably too late for him. The last job he applied for in England was at Southampton in 2006; he never received a response.