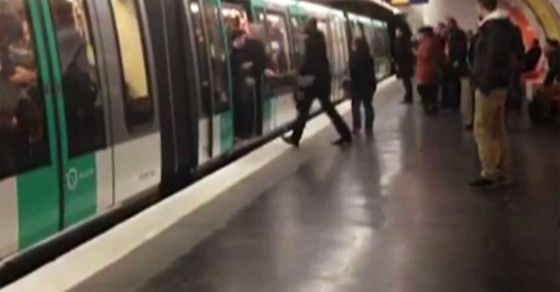 “This is how we do it at West Ham,” the video’s quick introduction says. A black man is then led onto the train by a couple of friendly fellows. “This is West Ham, my friend,” one says as he welcomes the man.

In last week’s chilling video, the white Chelsea fans chanted “We’re racist and that’s the way we like it” while forcibly keeping a black man from entering a crowded train. The victim, Souleymane, told the Guardian, “I can’t go back into the Metro, it makes me really afraid.”