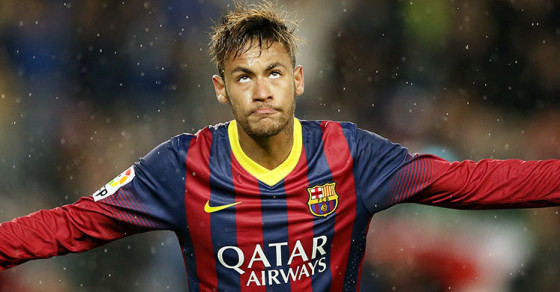 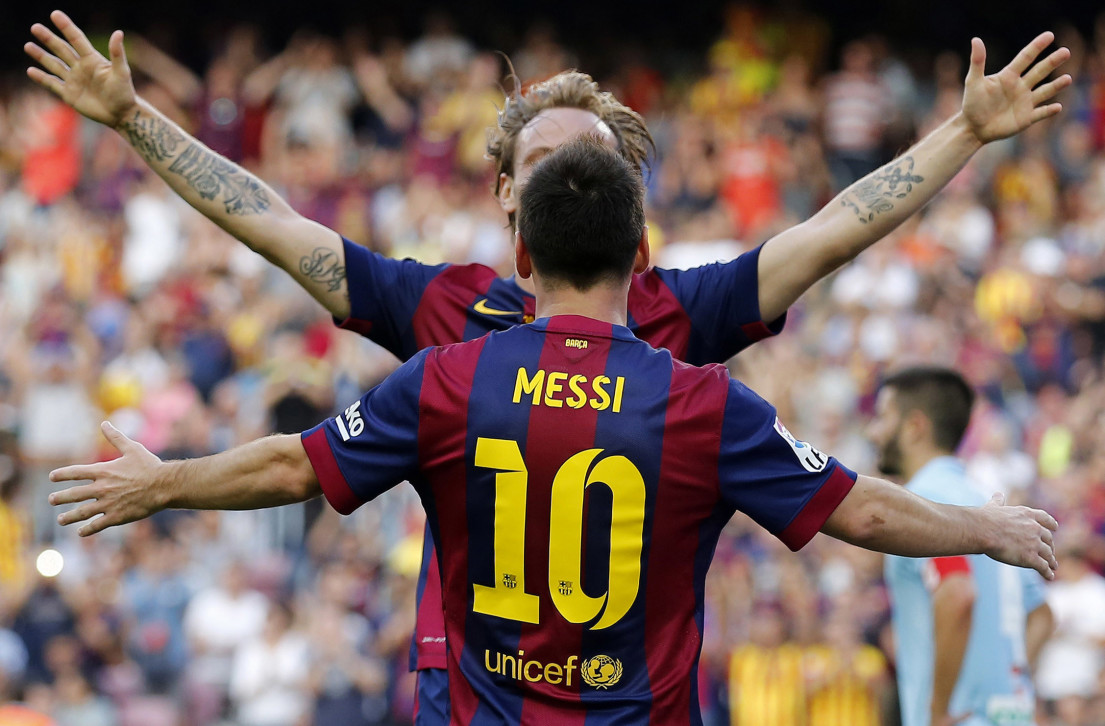 On Nov. 9, legal challenges permitting, up to 5.4 million Catalans will vote on whether their wealthy northeastern corner of Spain should seek the right to split from the rest of the country.

And based on the eleventh-hour courtroom salvos between Madrid and Catalonia, political rivals over centuries, the symbolic vote is proving hugely contentious.

Central government says it is nonbinding and “unconstitutional,” and on Friday Madrid will make its latest court attempt to halt Sunday’s vote. Catalonia’s affronted leaders accuse those in the Spanish capital of “abusing” its powers and say the straw poll will go ahead. And they have the backing of the most important institution in the whole of Catalonia: FC Barcelona.

Pro-independence supporters hold up letters that spell out, "We will be free," during the La Liga match between FC Barcelona and Celta de Vigo at Camp Nou on Nov. 1 in Barcelona.

“Mas que un club” (“More than a club”) is Barcelona’s motto, and the soccer team has long portrayed itself as the symbol of Catalan identity.

It is the club that stood up to the fascist Spanish leader Francisco Franco; the place where the Catalan language could be spoken freely during the dead hand of his almost half-century of rule; and where, even today, fans at 17 minutes and 14 seconds into a game shout for independence in reference to the year when Barcelona fell to King Philip V in the War of the Spanish Succession.

More recently, star defender Gerard Pique, Shakira’s boyfriend, tweeted in September as he and their son took part in the procession on the National Day of Catalonia. 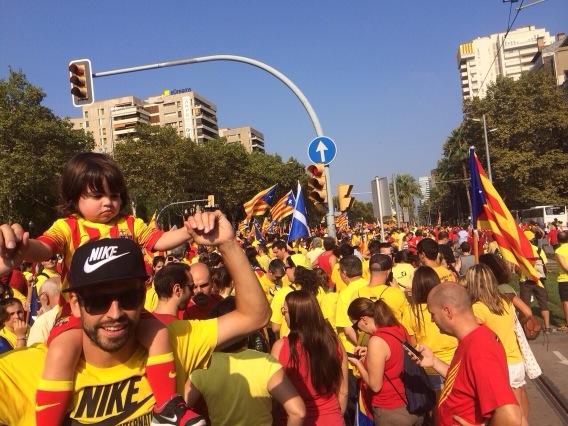 And the club announced last month that it had signed up to the National Pact for the Right to Decide—an umbrella group that supports the right of the vote to take place. “They have come out in support of the right to decide, but not in support of any particular outcome,” says The Guardian’s Spanish football correspondent, Sid Lowe, author of Fear and Loathing in La Liga: Barcelona, Real Madrid and the World’s Greatest Sports Rivalry. “The current board has been placed in an awkward position, and they have critics on both sides. They have been accused of ‘bottling it.'”

There may be a reason for this—the irony that nothing threatens the club’s immediate standing more than Catalan independence.

Much of the club’s current success and popularity is derived from the riches it receives from Spain’s La Liga (and its fierce rivalry with Real Madrid), where despite Barcelona’s position as the second-richest soccer club in the world, it still perennially plays the role of underdog.

“Catalonian nationalism has historically been close to Barcelona the football team. The thing now is that Barcelona means different things to different people,” says Dr. Alejandro Quiroga, a reader in Spanish history at Newcastle University and author of the book Football and National Identities in Spain. “The club is so big that it reaches people who have nothing to do with Catalonian nationalism or Catalonia, and don’t really relate FC Barcelona to nationalism.”

Catalan pro-independence demonstrators attend a rally in Barcelona on Oct. 19.

Long one of Europe’s elite clubs, in the past decade Barcelona has become one of sports’ most recognizable global brands. It has won three Champions League titles and six La Liga titles. It has received plaudits for its style of play and has worldwide appeal because of Lionel Messi. And nationally, it has provided the backbone of the Spanish side, which won the World Cup in 2010, and European Championships either side in 2008 and 2012.

Commercially, it makes $600 million a year in revenue, has 114 supporters clubs outside Spain, has a nearly $40 million deal with Qatar Airways to sponsor its shirt, and a $25 million agreement with Intel to become its official “technology partner.” If that’s not enough, in the past year it recruited the next global soccer superstar—and boy band lookalike—Neymar.

But as FC Barcelona enjoys its embarrassment of riches, Spain’s recent economic woes have bolstered calls in Catalonia for the region to finally say goodbye to Spain. An independent Catalonia would be the 34th largest economy in the world, say those pushing for secession—far wealthier than the rest of Spain.

And Catalonian independence and Barca’s global status do not necessarily go hand in hand.

If Catalans eventually vote to break away from Spain, an aggrieved Spain has already made it clear La Liga will break away from Barcelona. The league’s president, Javier Tebas, has told Barcelona outright he would take its ball away: “If Catalonia became independent, taking into consideration the Sports Law that would be enforced by the rest of Spain, Barcelona wouldn’t be allowed to play.”

Such a move would immediately prevent Barcelona from getting access to its $225 million a year in television rights, the largest single revenue payment it receives annually. It would also deny them the right to play rivals Real Madrid twice a year (in possibly the world’s single greatest fixture, “El Classico”) and consign Barcelona to a new league with all the global appeal of Belgium’s.

Crucially, it would do something else, adds Quiroga. “If Catalonia was to be independent, then Barcelona would not be such a strong icon of national identity. It could be very risky for Barcelona.”

Lowe says it’s in no one’s interest for Barcelona to leave La Liga, but current events have revealed shortcomings at the club. “There’s a degree of arrogance about the Barca board, in that they think, We are Barcelona, we will be alright. But…it’s not up to them what happens next.”

The latest opinion poll shows around 45 percent of Catalans back independence, slightly more are against, but plenty remain undecided.

And if Catalonia does go it alone, it will leave a lot of disappointed fans across the rest of Spain, where its support has grown in recent years, including Lourdes Moran Linares, a supporter based in Monovar in the southeast. Losing Barcelona from La Liga would be the worst thing ever to happen to the club, she says.

“Although I hate Real Madrid, it would be a huge shame not to be able to play them—and often beat them—each year. It would seriously hurt our finances, and would any of the big players then want to really come and play for us?”