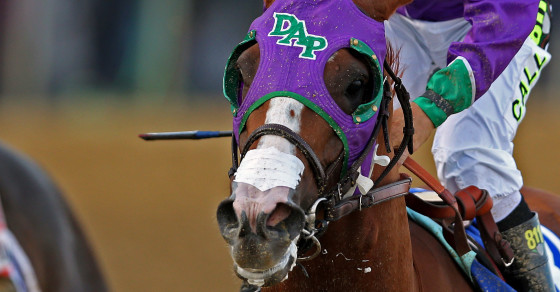 California Chrome Is Nasal-Strip-Approved for the Belmont Stakes 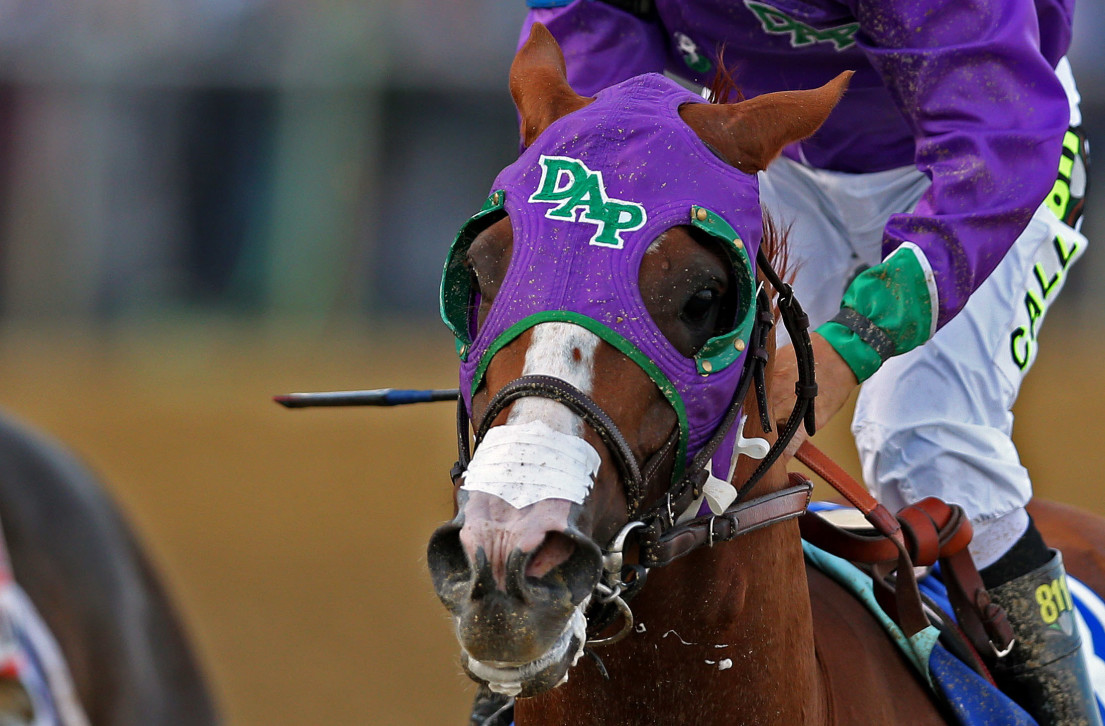 After winning Saturday’s Preakness race in Baltimore, thoroughbred California Chrome faced an unusual obstacle en route to potential Triple Crown glory: the nasal strips secured to the bridge of his nose. But thanks to a joint ruling Monday by the New York State Gaming Commission, the New York Racing Association and the Jockeys Club, the 3-year-old colt will indeed race at Belmont on June 7, with his equine nasal patch in tow.

“We’re excited with the decision,” Ed Blach, veterinarian and co-inventor of the Flair strip, tells Vocativ. “We think it’s a great thing for not only California Chrome, but for horses in general.”

Victor Espinoza aboard California Chrome celebrates winning the 139th Preakness Stakes on May 17 at Pimlico Race Course in Baltimore.

Flair hit the market in 1999 as a small adherent patch that runs over the bridge of a horse’s nose, helping to open up its nasal airways. As horses are obligate nasal breathers, meaning they cannot breathe through their mouths, they struggle to move large volumes of air through their nostrils during moments of intense activity. According to Blach, the patches ($10) maintain the integrity of the airways, thereby reducing pressure in a horse’s airways and lungs.

Until Monday, NYSGC Law 4033.8 (“Only equipment specifically approved by the stewards shall be worn or carried by a jockey or a horse in a race”) did not specifically outlaw the strips, but required the permission of racetrack stewards. At issue was whether the strips posed a potential advantage.

The New York Racing Association approved the use of a nasal breathing strip on the horse California Chrome as he tries for a Triple Crown in the Belmont Stakes after winning the Kentucky Derby and Preakness.

On the surface, the strips are reminiscent of the human Breathe Right product that helps quiet snoring, and hardly qualify as equipment. (In fact, Blach notes, the Flair team once licensed its product to Breathe Right’s corporate owners, who Blach cites as very strong supporters of the equine strip.) “Equine nasal strips do not enhance equine performance nor do they pose a risk to equine health or safety and as such do not need to be regulated,” said New York State Gaming Commission Equine Medical Director Scott E. Palmer in a Sunday letter to the stewards.

But in advance of Monday’s clarification, historical precedent for such strips at Belmont was not in California Chrome’s favor. In 2012, owners of I’ll Have Another found themselves in a similar situation when the horse won both the Derby and the Preakness wearing a nasal strip. While the team decided the horse could race without the patch at Belmont, they never questioned rule 4033.8 since I’ll Have Another suffered a career-ending leg injury prior to the third race.

While the effectiveness of the nasal strip is not entirely clear—only a few clinical trials suggest it significantly benefits a colt—the Flair inventors are looking forward to watching California Chrome run the track next month at Belmont. “He’s a great horse,” says Blach. “We wish him the absolute best moving forward.”

And Art Sherman, the potential Triple Crown winner’s trainer, put it this way in a conversation with the AP: “I think it opens up his air passage and gives him that little extra oomph that he needs, especially going a mile and a half. Anytime you can have a good air passage, that means a lot for these thoroughbreds.”