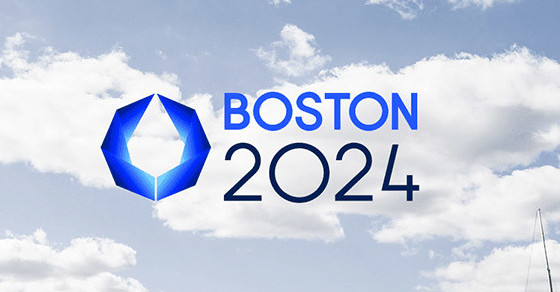 Bostonians Take To Twitter To Voice Outrage Over 2024 Olympics Bid

Earlier this month, Boston was named the official U.S. nominee to host the 2024 Summer Olympics. Despite what Mayor Marty Walsh and the International Olympic Committee might want you to believe, the seemingly exciting news isn’t sitting well with many in the city. A new poll conducted by WBUR, Boston’s public radio station, found that only half of the city’s residents are in favor of hosting the games—by contrast, 68 percent of Londoners reportedly supported the 2012 Summer Olympics. In fact, 33 percent of Bostonians actively oppose the Olympics, citing concerns like traffic congestion and increased taxes.

More than 2,000 naysayers have joined a Facebook group aptly titled “No Boston Olympics” to commiserate, but what’s the mood like on Twitter? We searched Olympics-related tweets geotagged within Boston and its immediate suburbs and found that, for the most part, morale is undeniably low.

Boston literally goes comatose when an extra 20,000 people go to Southie for St. Paddy's Day, but sure, we can handle the Olympics.

Can I donate to a fund that will help get any location other than Boston for the Olympics? #NoBoston2024

Don't you fucking dare put the Olympics in Boston

Actually kind of blackmail to insinuate that if we don't host Olympics we won't get infrastructure improvements we need anyway.

Honesty already done hearing about the Olympics being in Boston.

For the love of all that is good and holy, please don't have the Olympics hosted in Boston.

If we host the Olympics in Boston I am moving

I love the Olympics in theory, but Boston's bid is super sketchy. I don't think we can handle it.

Goal: move out of Boston before 2024 RT @cbsboston: BREAKING: Boston has been selected as the U.S. bid to potentially host the 2024 Olympics

Boston is the US submission for the #Olympics? Awesome, unless you live here.

Boston Olympics is a terrible idea and you're a terrible person if you disagree.

Noooo, send the Olympics somewhere else

If we host the Olympics in Boston I am moving

I love the Olympics in theory, but Boston's bid is super sketchy. I don't think we can handle it.

A Red Sox fan took this opportunity to lament the loss of pitcher Jon Lester to the Cubs.

Not for nothin, but I'd rather pay 60 million for Lester than more than 20 billion for the Olympics

A disgruntled T passenger shared this unflattering photo of a Green Line train.

The Olympics will fix this! #Boston2024 pic.twitter.com/tUS9lzPhjF

And this resident proved herself to be a master of understatement.

The Olympics would be the worst possible thing to happen to Boston....

Some of their neighbors were more ambivalent.

why are you for/against the Olympics in Boston? do you actually foresee this world lasting til 2024?

But our very favorite display of Olympic dissidence to date took place at Cambridge’s 1369 Coffee House.

The people have spoken with their hard earned money #noboston2024 #noboom