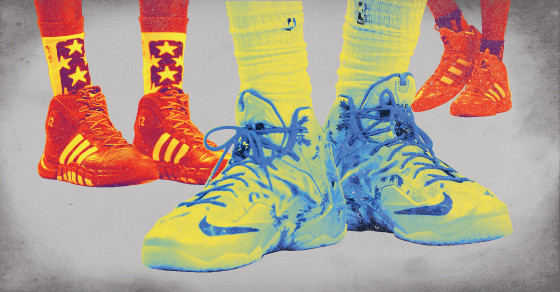 Adidas Vs Nike: Who’s Winning The Hearts And Dollars Of NBA Fans?
By Jennings Brown

Adidas Vs Nike: Who’s Winning The Hearts And Dollars Of NBA Fans? 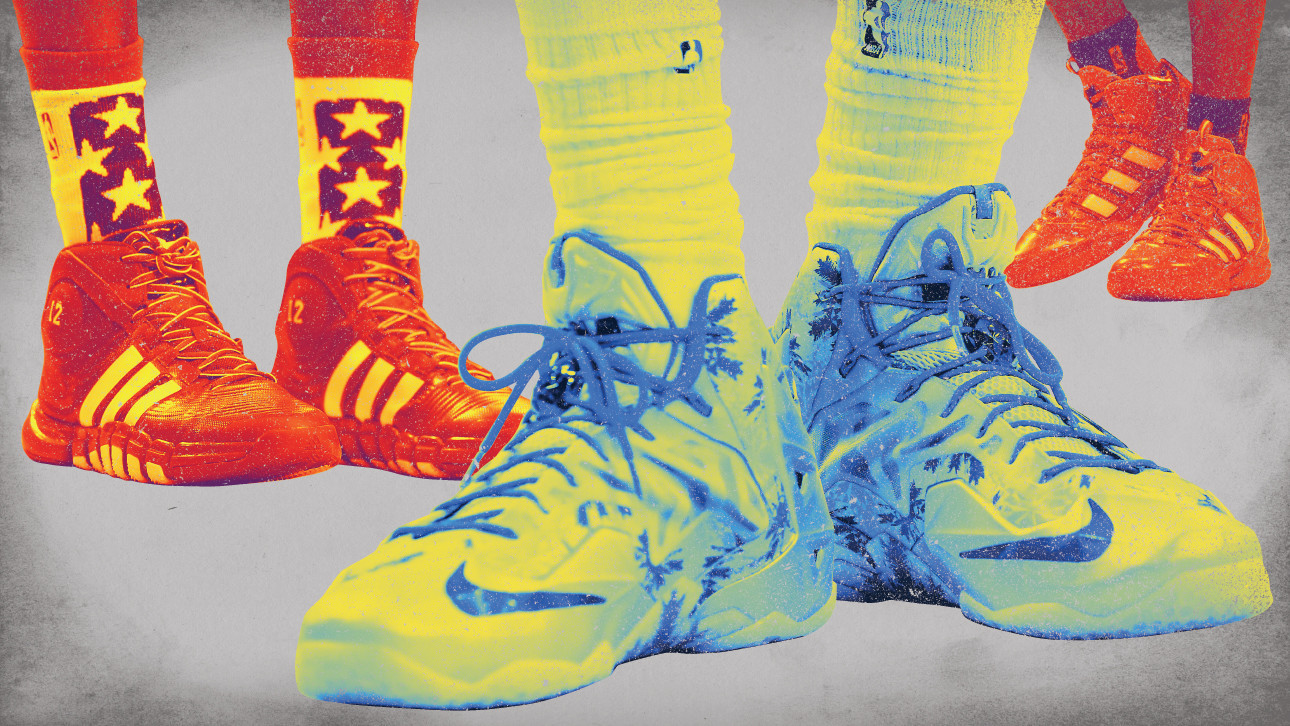 Nike’s $1 billion deal to replace Adidas as NBA’s official on-court apparel provider is the latest strategic move in the battle for basketball fans. 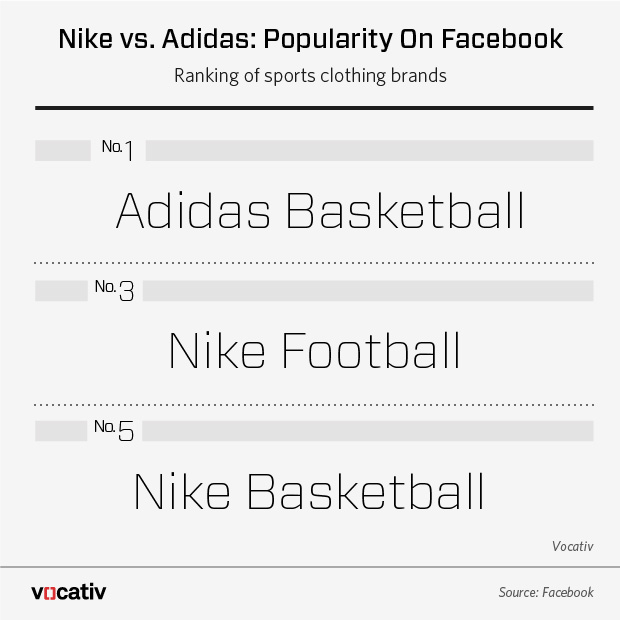 That social presence doesn’t add up at the till, though. Despite Adidas’ popularity on social media, Nike still sells 92 percent of America’s basketball shoes, while Adidas only makes up 5.5. percent. Since Nike already owns the footwear market, which is the most profitable sector of sports apparel, their move into official apparel seems to be an attempt at complete domination. 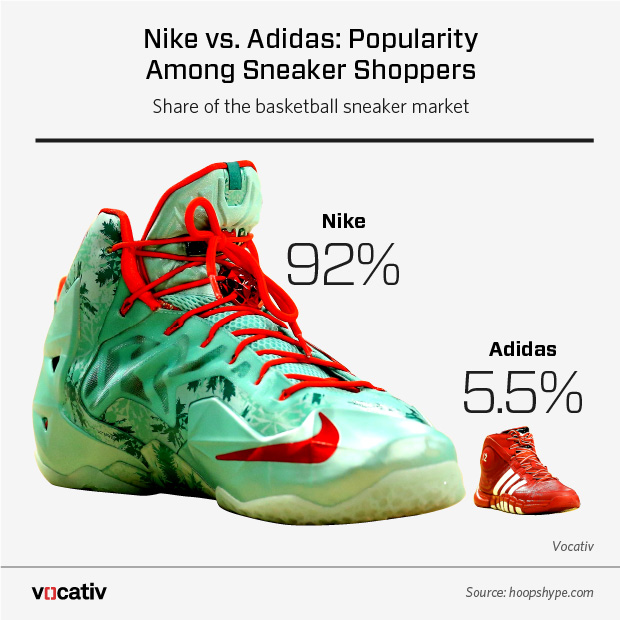 Adidas, for its part, is shifting its focus and targeting players instead, a strategy long favored by its competitor Nike. Last year, Adidas signed four of the top draft picks, such as Joel Embiid and Andrew Wiggins. But Adidas has a long way to go. While the Germany-based company has endorsement deals with 77 NBA players, Nike has firmly implanted its swoosh on the feet of 284 players. 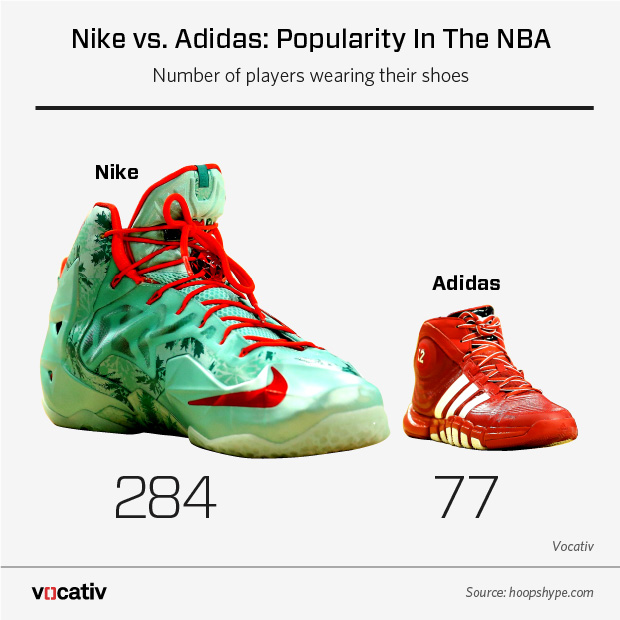