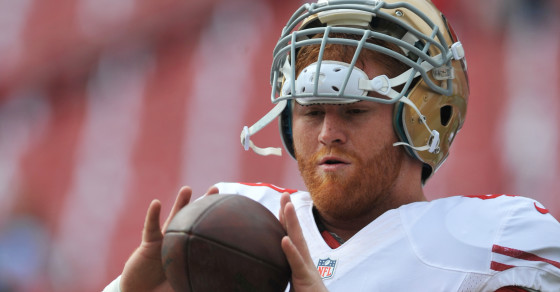 The arrest of San Francisco 49ers fullback Bruce Miller adds to the NFL’s mounting list of domestic violence cases. At the end of last year, Vocativ crunched the numbers to see how the NFL stacks up to other professional sports in terms of arrest rates. We dug into arrest records for the NFL, NBA, NHL and MLB and found that while every league has its villains, the NFL and the NBA have the highest arrest rates. From the start of 2010 to September 2014, the NFL and NBA had average arrest rates (for a population of 100,000) of approximately 2,466 and 2,157, respectively. Comparatively, MLB and NHL arrest rates stood at 553 and 175, respectively, over the same period.