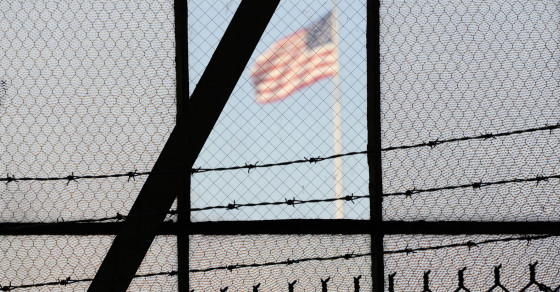 What’s So Scary About FEMA?
By Eric Eyges

What’s So Scary About FEMA? 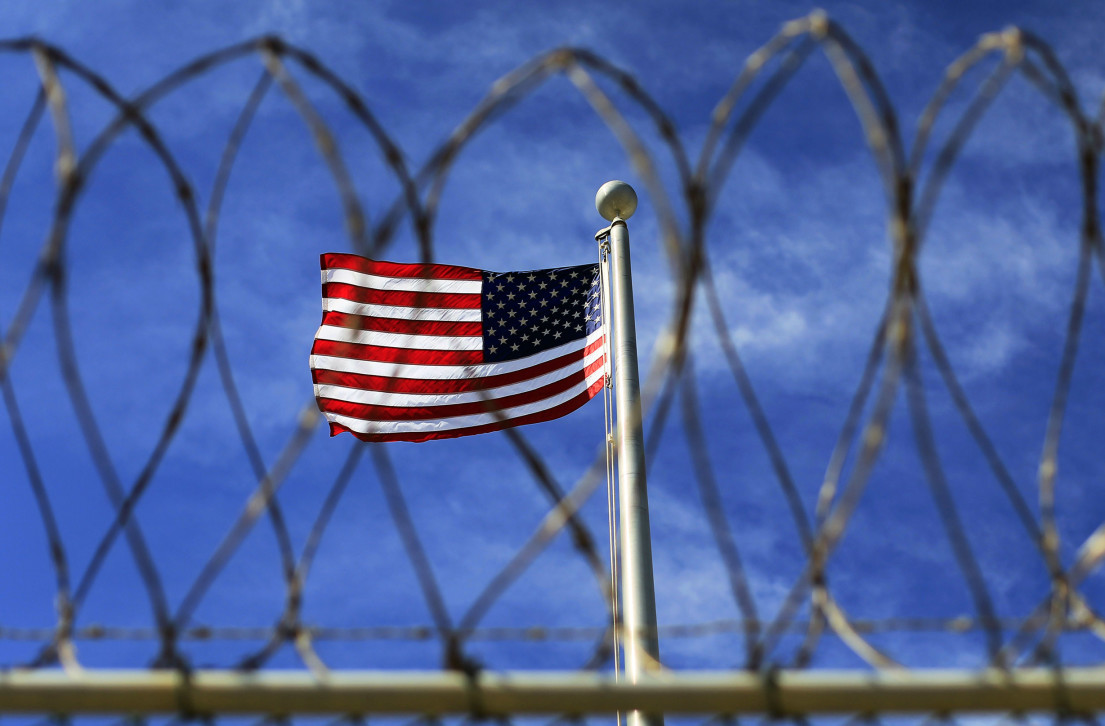 A few weeks ago, just as Cliven Bundy and his ragtag militiamen were slipping out of the news, conservative columnist and Fox News personality Erik Rush warned of Harry Reid’s plan to round up Bundy and his crew and “ship them off to FEMA camps.” In the minds of Rush and many other far-right libertarians, domestic militants and paranoid nut jobs, the Federal Emergency Management Agency is not just another government authority, but an arm of the coming police state—the agency that’s lying in wait until just the right moment for a complete government takeover.

When it comes to conspiracy fodder, FEMA may fall behind only the CIA and NSA; in the last month alone, over 65 percent of Instagram posts with the hashtag #FEMA were conspiracy-related; for #CIA, that number is closer to 10 percent.

The common and enduring theme among cranks is that the agency will be a key driver in forcing some sort of top-down political realignment. To accomplish this feat, the theorists claim, FEMA has built a nefarious infrastructure network that includes camps, coffins and food supplies. They’re also convinced that the agency has prepared J. Edgar Hoover-style blacklists (actually blue and red lists) that contain the names of those worth saving next to those deemed expendable.

Of particular concern to the proliferating blogs, forums, Facebook pages and YouTube channels dedicated to exposing FEMA’s plans for a new world order is its alleged web of as many as 800 purpose-built camps. Depending on whom you ask, they’re either concentration or internment camps, designed to hold enemies of the state once Obama, or whoever’s in power at the time, declares martial law and takes away your guns. Several Facebook groups, including one called “FEMA Camps Exposed,” have been created to support this theory specifically.

But FEMA, with its relatively small budget and focus on “black swan” events, simply does not maintain camps. Dean of Ohio University-Chillicothe, Brenda D. Philips, who literally wrote the book on the subject, Introduction to Emergency Management, explains that in an emergency the agency “tries to find established housing in the local community in places like schools, churches, mosques or even military bases.” A FEMA spokesperson also confirmed that the camps do not exist, pointing us to a document titled the “National Disaster Housing Strategy,” which outlines the agency’s post-Katrina policy of depending on “disaster housing partners” on a state and local level, along with tribal governments, the private sector and NGOs.

The only location that could possibly be misconstrued as a camp, says Philips, is a FEMA facility in Denton, Texas, that maintains the agency’s mobile emergency response detachments, which are meant to provide housing and infrastructure support to areas lacking such infrastructure. Still, even that location looks pretty innocuous; it’s more like a staid government building than a secure prison.

Reality hasn’t stopped spin-doctors like Jesse “The Body” Ventura and far-right radio host Alex Jones from suggesting, on national television, that the nonexistent camps are a clear and present danger. In one episode of Ventura’s short-run series Jesse Ventura: Conspiracy Theory, which ran on TruTV, Ventura and Jones stand outside T. Don Hutto Residential Center in Taylor, Texas, and question the facility’s bewildered staff about the need for a secure perimeter around a “residential center.” “I’m here to talk to you about these FEMA camps,” growls Ventura. Unfortunately, he fails to explain to viewers that this particular residential center houses illegal immigrants awaiting judgment on their status. And FEMA doesn’t even run it—the Corrections Corporation of America does, under contract with the U.S. Immigration and Customs Enforcement.

A grislier notion supported by the more hardcore Alex Jones, which has circulated for years, is that FEMA has amassed 500,000 coffins in advance of 500,000 expected deaths. “You don’t buy 500,000 plastic coffins ‘just in case something happens,'” writes Jones. “You buy them because you know something is going to happen.” A fellow pundit named Mr. Conservative, a mysterious editor who manages the eponymous MrConservative.com, puts a dollar figure of $1 billion on the amount spent by FEMA on coffins. He also cites a patent for “multi-functional cremation containers” he believes the government purchased for sinister ends.

An agency spokesman dismisses the claim out of hand, with a reminder that FEMA isn’t in the business of mass burials. That’s the Department of Health and Human Services’ job. DHHS buys body bags and deploys the DMORTS, Disaster Mortuary Operation Response Teams, that, according to Philips, “pre-position” mass casualty assets, like body bags and coffins, in the run-up to a big natural disaster. Philips also finds the idea that FEMA is buying coffins to store the bodies of freshly murdered agitators “ridiculous.”

Equally silly, according to Philips, is a theory that FEMA is secretly stockpiling food, a claim Jones, Mr. Conservative and others have made repeatedly. They cite evidence that FEMA is in a rush to purchase billions of dollars worth of ready-to-eat meals, which they see as an agency plot to monopolize the country’s emergency food supply so it can be used as leverage once the realignment starts. Another conservative website claims to have seen an official request FEMA issued for the purchase of 420 million meals.

That FEMA buys food is no secret. It needs food for emergencies. But the numbers provided by Jones and company have always been way off. FEMA’s requested budget for fiscal year 2013, which includes emergency food and shelter, was just $100 million. Further, according to a FEMA spokesperson, as of May 9, 2014 the agency has a grand total of only 8,830,177 meals on hand. Even if that imaginary number were true, 420 million meals isn’t a remotely significant amount when set against the national food economy. You’d need 940 million meals to feed America for a single day.

But if you believe fringe sites like Before It’s News, FEMA won’t actually need all those meals. That’s because FEMA administrators have prepared red and blue kill or detain lists to work form when the great fascist machine lurches to life. If you’re on the blue one, prepare to be shipped off to a Clockwork Orange-style re-education center. If you’re on the red one, the best you can hope for is a quick death, most likely by firing squad. One man, General Fawcett of Minutemen USA, claims that FEMA has already started initializing this program by marking houses in the area with red and blue Xs. Sadly, he is unable to identify a single marked house.

A more sensible critique of FEMA and its potential for partisanship might be directed at the agency’s disaster declaration process, a set of procedures that are theoretically vulnerable to politicization. The Stafford Act, which legally enumerates FEMA’s duties and processes, requires that “all requests for a declaration by the president that a major disaster exists shall be made by the governor of the affected state.” At the same time, it prohibits the use of an “arithmetic formula or sliding scale” to deny assistance. A governor requests a disaster declaration be made and the president approves it according to his or her judgment. And because we’re talking about politicians, the potential for shenanigans is obvious. Disaster declarations can have profound political consequences. They can offer governors and presidents the opportunity to appear compassionate and heroic (Obama, Christie, Sandy), or expose severe incompetence (Bush, Katrina). FEMA, like Bush’s Department of Justice or Obama’s IRS, may not be above politics, but it’s hard to argue that any federal agency is.

Unlike the EPA or the Bureau of Land Management, FEMA can’t even seize land, but for some reason it still manages to commandeer the public imagination. In Deus Ex: Human Revolution, now one of the most popular video game franchises of all time, FEMA plays a starring role as the agency through which power-hungry government bureaucrats effectively take control of the government. Among its many pop-culture appearances, FEMA’s Mount Weather complex served as the seat of shadowy government activity in the film XXX and the X-Files TV series. There’s just something about the peculiarities of FEMA’s mission, organization and modus operandi that fires up the survivalist right-wing and inspires dystopian conceptions of martial law and totalitarian government.

It’s all there in the mandate—to take action and direct resources in emergency situations. Countless authoritarian regimes have justified their rule through similar emergency laws. But the reality is that FEMA’s relatively small budget severely limits its power. Even if its coffers were drastically expanded to the level of truly powerful federal agencies, like those under the Department of Defense, it would still really only have the power of a PAC, with the primary function of distributing money for disaster relief services.

Ultimately, the Stafford Act makes clear that FEMA is just another agency, one of thousands controlled by the nation’s top federal employee, the president. FEMA doesn’t empower the president any more than he’s already empowered, it just gives him or her a vehicle to organize and deploy assistance.