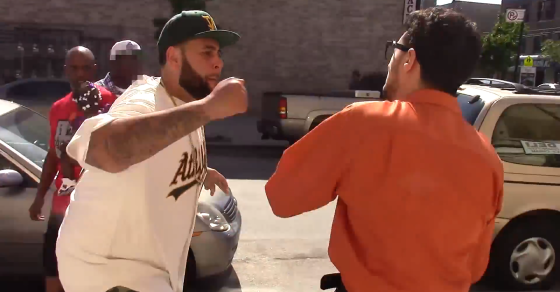 Video Pranksters Steal Cellphones in the Hood, Victims Not Amused
By M.L. Nestel

Video Pranksters Steal Cellphones in the Hood, Victims Not Amused 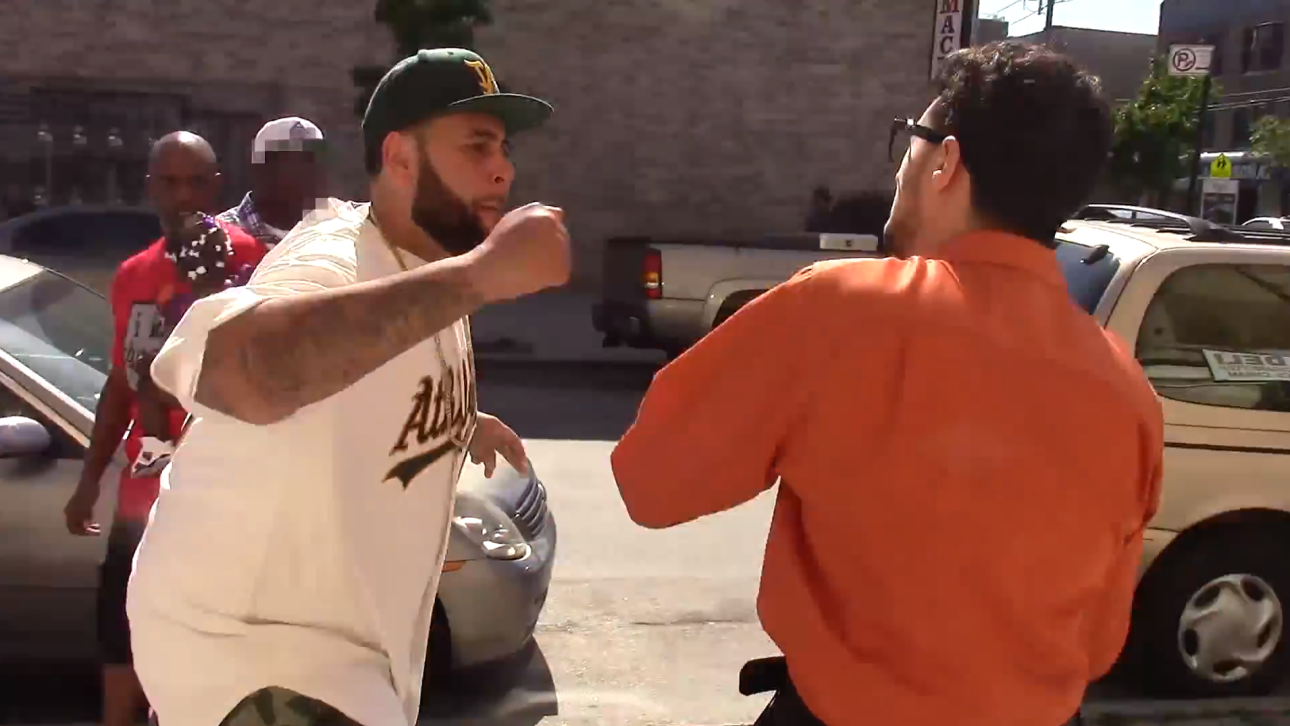 Earlier this month, a video series of two brothers trying to swipe strangers’ cellphones surfaced online. What differentiated the shorts from your average YouTube prank was the unsuspecting target: African-Americans in a poor Brooklyn, New York, neighborhood. The videos—which immediately went viral and have drawn more than 1.5 million hits—generated a furious reaction, including death threats aimed at the filmmakers, Moe Etayyim, 20, and Et Etayyim, 21, of Bay Ridge, Brooklyn.

For the past two years, the brothers from Palestine have tried to make a name for themselves with videos of obnoxious pranks. The geeky duo strive for maximum agitation, sliding up to subway passengers and sitting on their laps or barking ridiculous orders at fast-food workers. Their shamelessly in-your-face antics attracted a decent following, with the subway stunt getting some 300,000 viewers. But their audience still paled in comparison to YouTube sensation Yousef Saleh Erakat, aka Fousey Tube, who also dupes clueless strangers and whose classic “yoga pants” prank drew over 18 million hits.

So this month the pair decided to up the ante. The brothers left the relatively safe, mostly white enclaves of Manhattan and took their lowbrow brand of humor to rough black neighborhoods in Broooklyn. “We wanted to take our pranks to the next level,” Moe Etayyim tells us. “The difference with people in these bad neighborhoods is they’re a bit more aggressive than people in Manhattan.”

They began by going up to mostly black people while brandishing a calculator and asking them, “Do you have a problem?” Virtually every mark took the question as fighting bait.

That routine was followed by the “time check” prank in which the brothers yank stranger’s cellphones out of their hands, saying they want to check the time. The stunt was filmed in the hardscrabble Brooklyn neighborhood of Brownsville (aka “Da Ville”), where Mike Tyson earned his legendary street cred and where already this year local police recorded 268 felony assaults.

“Brownsville is the deadliest neighborhood in New York City,” says Moe Etayyim. “Yesterday we heard news that three people got stabbed and one got killed not far from where we filmed. So we had to be careful.”

The brothers had six pals stand as lookouts while they filmed with a hidden camera, Moe Etayyim says, “in case things got out of hand.”

As evinced in the three clips below, things did.

Time Check Prank in the Hood!!

Their first victim is seen leaning against a car parked near a housing project while talking on his cellphone. The twig-thin Et Etayyim interrupts him, saying, “Let me check the time!” as he grabs the phone from the man’s hand.

Instantly, Et Etayyim is bodyslammed against the car and wrestled to the ground while wailing, “It’s a prank! It’s a prank!”

In another scene, Moe Etayyim yanks a phone from a beefy young black man in a white tank top and says, “Yo bro, I left my phone in the—”

The man snatches it back and accosts the bespectacled Moe Etayyim, shouting, “What are you doing, homie?!”

Moe Etayyim tries to defuse the situation, playing up the levity and pointing out the hidden camera. But his target isn’t amused.

“I don’t give a fuck about no cameras.”

The prank has already garnered some 500,000 views on YouTube and netted another 1 million hits after it was posted last week on WorldStarHipHop.

But the videos have also generated controversy. One African-American New Jersey resident warned the brothers via Twitter never to attempt the stunt in his neighborhood.

Stay Away From Brownsville

@OckTV @JinkiesTV gonna keep it real, if you come to my area pranking us for youtubes views you won't make it back home. Stop fuckin with us

A Brooklyn man who goes by Guntecs told the filmmakers they shouldn’t punk black people.

And a YouTube commenter called xOriginalModz went even further, saying the prank is racist.

The brothers, however, have shrugged off the backlash. “We ignore all the hating,” says Et Etayyim. “We read the tweets and retweet them to show them we don’t care.”

A more pressing concern might be whether or not the two broke the law. One YouTube commentator named Imagineth claims the pranksters are thieves and reported them to the cops.

For now, the two are enjoying the overnight celebrity sparked by their cellphone grabs. “Everyone notices me on the streets now,” says Moe Etayyim.

And what about the irate people they pranked?

“Hopefully,” says Moe Etayyim, “they liked seeing themselves beating us up.”