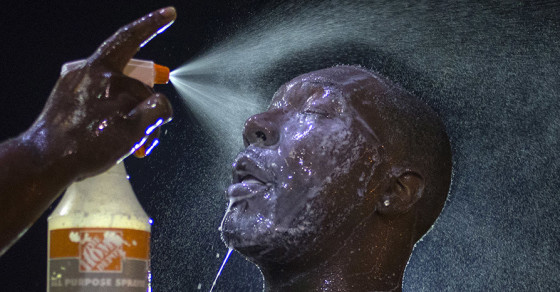 Inside The Protests Through The Eyes Of A Volunteer Street Medic 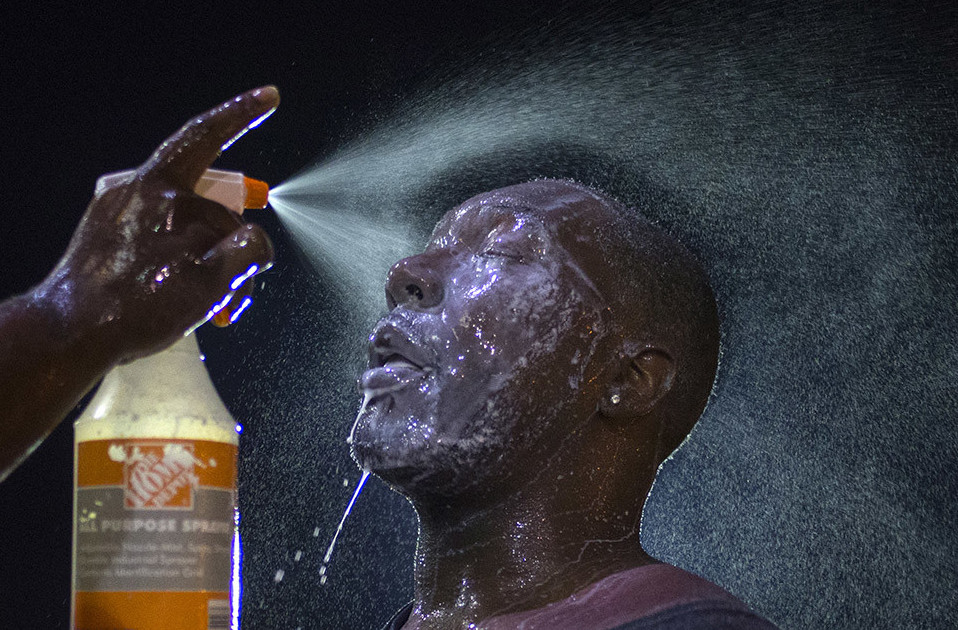 You can spot them by the red crosses taped to their clothing and bags. At nearly every massive demonstration since the 1960s, groups of volunteer street medics have come out to provide medical care to injured protesters.

The grassroots initiative originated during the American civil rights movement and the protests against the Vietnam War, but took its present form during the notoriously violent 1999 World Trade Organization showdown in Seattle. Protesters were doused with pepper spray and hammered by rubber bullets and batons in clashes with the police, and since professional paramedics were not allowed beyond police lines, a loosely organized grassroots network of doctors, EMTs and ordinary civilians collaborated to treat their injuries.

Brian Dominick was one of those early volunteers and is now gearing up to treat protesters during another weekend of demonstrations in New York. The 41-year-old Brooklyn resident currently works independently, but several organizations around the country actively recruit and train volunteers for the purpose of keeping protesters healthy. One such group, Gateway Region Action Medics, formed in the wake of the Michael Brown protests and describes its mission as “healing those who stand up for themselves.”

We spoke with Dominick about his work, his experiences and what he’s observed during the waves of activism that have followed the Dec. 3 grand jury decision concerning the death of Eric Garner.

How long have you been working as a street medic?

My protest experience goes back to 1993. I’ve been involved in just about every major movement in that time, including anti-police-brutality and environment [rallies], and I’ve protested every war since the U.S. invasion of Somalia.

Things heated up and got very dangerous with what’s now called the “global justice movement,” when the World Trade Organization protests in Seattle turned violent. After that, a huge wave of activists decided to become street medics so we could help out when cops attacked protesters. Before that, like the vast majority of street medics, I had nothing beyond basic first aid training. I eventually became an EMT and a Red Cross first aid instructor and a street medic instructor. I’ve worked across the U.S. and Canada, and also spent a couple months as an ambulance medic in the West Bank at the height of the Second Intifada in 2002. I was in Ferguson teaching first aid by day and working as a street medic by night for a week last August, right after the worst police violence went down.

What are the most common injuries you see, and how do you treat them?

In most places, street medics treat chemical weapons contamination of the eyes and skin—so tear gas and pepper spray. Both types of chemicals can be counteracted with what we ironically call LAW: a concoction of liquid antacid like Maalox or Mylanta mixed 1 to 1 with water. We squirt or spray this into people’s eyes or onto their skin. It’s extremely effective, and in all but the worst cases, it gets them back out protesting in minutes.

A street medic douses a protester with milk and sprays him with mist after security forces hit him with pepper spray in Ferguson.

Have you been on duty during the protests over the Eric Garner grand jury decision?

I’ve been out at least four nights since the Garner decision. I’m going out again tonight and Saturday.

Have you treated many injuries?

We’ve treated some pepper spray and a few minor injuries from scuffles or just from long marches in the streets. New York is very different than most U.S. cities in that the cops tend to arrest everyone they get into a scuffle with, so we don’t get to see their injuries until they’re released. NYC never uses tear gas, and pepper spray is usually just a few people at a time. You don’t see anything like the UC Davis insanity from 2011.

What else have you observed?

It’s been amazing to watch an ad hoc leadership emerge from these protests. Unlike most of the movements I’ve been part of in the past, these protests weren’t planned months in advance, and as best I can tell, the leaders don’t include too many people with lots of protest organizing experience. These are mostly young people of color who are learning as they go, which also means they aren’t fitting into the cookie-cutter approach to “petitioning for redress of grievances.”

The tactic of taking streets and temporarily shutting down places of commerce is hugely refreshing. They are raising the costs to White America of the privilege of having a separate system of justice. They’re saying no more business as usual until they get some justice, and they’re making everybody in New York feel it. And their main mantra, “If we don’t get it, shut it down,” is perfectly expressive of this.

So, the best moments are when the protest takes the street. You kind of see when the collective psyche decides, OK, we’re strong enough to move off the sidewalk. And when the police try to marshall them back onto the sidewalk—to pacify them—and the protesters collectively just refuse. That’s gorgeous. That’s power. So many movements never realize this, and this movement has it at its infancy.

Street medics also work as part of “jail support teams.” How do they function?

Jail support teams wait outside the jail for people arrested during protests to be released. Actually, they are available for anyone being released from jail, but the purpose is to make sure that folks coming out can check in with a legal representative and a medic. When operating optimally, they usually have food and coffee waiting as well.

The protocol is that a medic checks in with the person being released, assessing them for injuries that might need definitive treatment at a hospital. Very commonly protesters get injured during arrest or during mistreatment in jail, and though they have a right to medical attention in jail, they often do not receive it even when they ask for it.

Why does street medic protocol dictate that medics on duty avoid involving themselves in protests?

The theory is it gives us an edge when we need something from the cops, like to be allowed across a police line or barricade. Back when we were strongly organized, in the early 2000s, this was a real thing. On many occasions street medics were allowed to access the wounded, while other protesters were segregated from the area. That said, we’re obviously partisan—we don’t come out for right-wing protests, and most of us don’t keep an eye on cops’ general health on the streets, though I bet some do.

But the main reason for the “don’t be involved” rule is that we can’t see what’s going on if we’re participating. So we try to stand back, or off to the side, and constantly monitor the situation. You might see a marked medic chanting now and again; I’ve been known to get caught up in the moment here and there. But as a former journalist, I’m more likely to confront reporters not doing their jobs. Other than patching up protesters, that’s my favorite pastime in the streets.