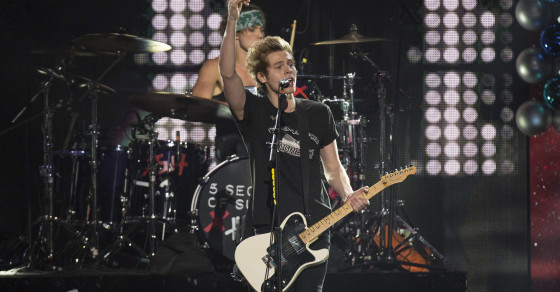 Fans of Australian boy band 5 Seconds of Summer are taking to Twitter, paying their respects and asking their idols to acknowledge a fellow fan named Sarah, who allegedly committed suicide last week. Unverified posts from fans say Sarah was the victim of cyberbullying.

Inspired by the hashtag #RIPCaroline, which went viral a few weeks ago and was acknowledged by the band One Direction, 5SOS fans are now tweeting #RIPSarah5SOSFAM to honor Sarah’s memory and denounce cyberbullying. In the past 24 hours, the hashtag has been tweeted over 14,000 times by fans around the world.

Glad to see that #RIPSarah5SOSFAM is trending. We'll miss you angel hope you're in a better place now ❤️ pic.twitter.com/dvVzMlkvAT

Since fans aren’t circulating any identifying facts, such as the victim’s last name or a photo of her, it’s unclear which details of the story are accurate, or even if Sarah is real at all. If she is, it’s a tragedy, and the group mourning is another representation of how millennials band together on social media in waves of collective support. Of course, it could just as easily be a hoax started by someone who wanted to be a part of something, or simply to troll people (Remember #baldforbieber?) and playfully pull on heartstrings for their own amusement. It’s likely that we’ll never know.

A reminder that words are just as dangerous as any weapon #RIPSarah5SOSFAM pic.twitter.com/PfSCwy7icI