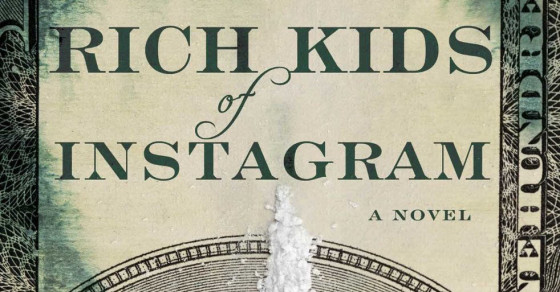 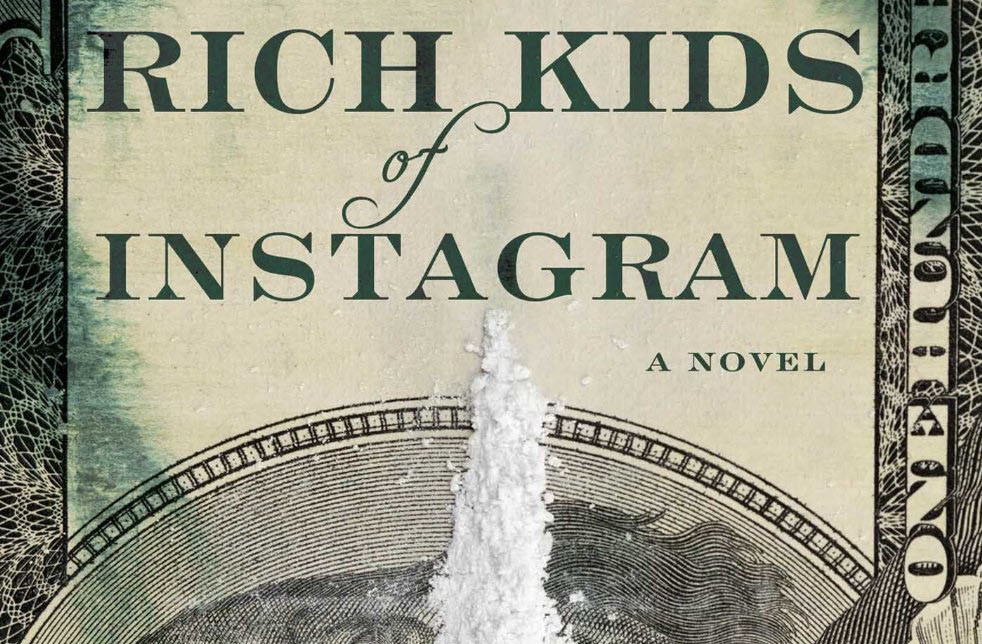 When the Rich Kids of Instagram Tumblr launched in July 2012, its mission was simple: tag young Instagrammers’ most objectionable photos with the hashtag #RKOI (Rich Kids of Instagram), then post the best shots in one communal, gold-framed location. Two years later, RKOI is officially a staple of niche Instagram culture and its eponymous novel, which hits shelves Tuesday, is the latest example of just how profitable, and colorful, social media can be.

“The face of literature is changing,” says Maya Sloan, the novel’s coauthor and the ghostwriter behind Kendall and Kylie Jenner’s book, Rebels: City of Indra. “We’re such a visual culture. Instagram, in some ways, is telling us so many stories and giving us glimpses into people’s lives.”

The Tumblr’s founder, who remains anonymous to protect himself from RKOI members looking to sue him for his (legal) use of their photos, is no stranger to profiting off his blog; soon after launching the site, he signed with Creative Artists Agency, the L.A.-based talent firm. But it wasn’t until the spring of 2013 when Gallery Books, an imprint of Simon and Schuster, approached him with a groundbreaking assignment: Craft a fictionalized account of absurdity and excess inspired by RKOI.

The result of that partnership, and the founder’s with Sloan, is the first novel generated from Instagram (via a Tumblr)—339 pages of experimental, bling-wrapped mixed media; words sprinkled with mock Instagram posts of Rolexes, bottles of Moet and tears wiped with $100 bills, along with fabricated text message exchanges.

At the heart of the book, though, is Todd Evergreen, a cool, collected 22-year-old with a Gatsby-like air. Described as a “camera-shy, cyber-prodigy,” Evergreen is the most-talked-about, least digitally documented millionaire of the bunch. He also serves as a narrative tool and, like the voice of Gossip Girl in its namesake series, is a critical window through which readers better understand the world of the RKOI. “I think the mysteriousness surrounding my anonymity fed into the character development,” says the Tumblr’s founder. “[Evergreen] kind of materialized as the necessary anchor around which to build out the story.”

This setup is exactly the sort of insider-as-outsider combination that makes the Rich Kids series so wildly successful. “We hate this story, but we love it, too,” the authors write in the prologue. Adds Sloan: “People are both disturbed and enthralled by it. Some people think it’s aspirational. Other people think it’s the decay of America.”

It’s no surprise, given this polarity, that the Instagram series continues to generate interest and derivative ideas. The Rich Kids Tumblr birthed its own reality TV series in 2012, and recently laid the foundation for a related online community, The Rich Kids of Snapchat—photos of 20-somethings walking their iPads like dogs and heading back to school on their private jets. And RKOI’s founder is looking to expand his own empire, launching last month a news site called RKOI Daily, a compilation of “comprehensive luxury from around the web.”

“The images and attitude fit the zeitgeist at the time and still do so,” says the founder, who acknowledges his Tumblr hit a nerve when it first launched. “It continues to grow and find new fans.”

Much of this success is thanks, at least in part, to the interconnected group of characters yielding novel-worthy Instagram accounts—some of whom believe they must post frequently to cultivate and entertain their followers. “Hashtags are about finding your people, finding your community,” says Sloan of RKOI. “To me, that’s strangely beautiful.”

Sales of Rich Kids will indicate whether that “community” has staying power on Instagram, and whether social media can adequately serve as a source for future book deals, movies and TV series. And it should, given the success of the reality show, which is already in its second season. “I don’t think it’s the devolving of literature,” says Sloan of the Internet-to-novel genre. “It’s the evolving of it.”