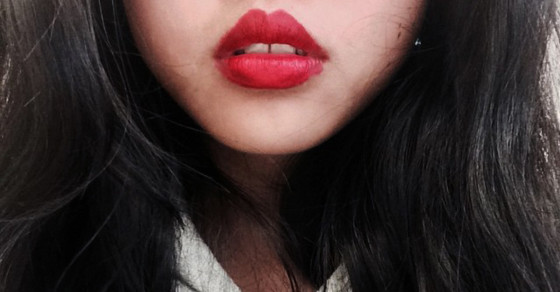 Glossy red lips, traditionally a symbol of glamour and sex appeal, have been repurposed in a campaign against victim-blaming in incidents of sexual assault. Men and women have been painting their lips scarlet, and showing their support for silent victims via social media. April is 2015’s official Sexual Assault Awareness Month, and with ten days remaining, there were already over 23,900 Instagram photos tagged with the #RedMyLips hashtag, with thousands more posted to Twitter, Tumblr and Facebook. See how it has spread globally on Vocativ’s Social Map.

More Social Map: See What People Are Posting For #RedMyLips

National resource center RAINN estimates that over 68% of sexual assaults in the U.S. are never reported to police. Worldwide, reports by the World Health Organization reveal that around 20 percent of women and 5 to 10 percent of all men report that they were sexually assaulted as children, while an estimated 35 percent of all women have experienced sexual violence.

The #RedMyLips campaign was pioneered by Danielle Tansino, who founded a nonprofit in 2012 after her own traumatic experience with victim blaming by law enforcement. Tansino’s trial gave her an idea of why so many people are afraid to seek help, and she decided to channel that frustration into an online movement. Now, her group’s third annual social media campaign has spread beyond American borders, creating a network of survivors and supporters that stretches from Tehran to Cape Town.