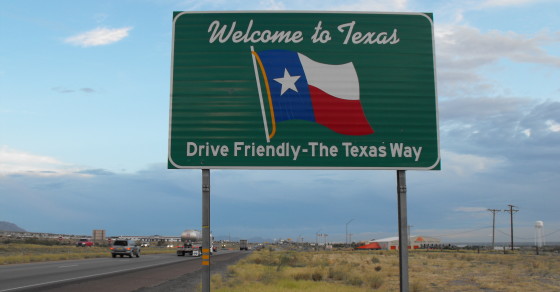 Everybody Is Moving To Texas
By Abigail Tracy

Everybody Is Moving To Texas

Three of America’s five fastest-growing cities are in Texas, according to newly released census data. Tens of thousands of people packed up and moved to Houston, Austin and San Antonio between 2010 and 2013. The only non-Texan cities in the top five were Los Angeles and New York City, and the latter topped the table by a considerable margin.

In terms of percentage change, Austin took home the title,with a whopping 12 percent increase in its population between 2010 and 2013. That jump helped it leapfrog San Francisco in terms of population. It is now the 11th most-populous city in the country year-round. Its population swells further around the time of the enormous South by Southwest music and interactive festival, during which more than 30,000 people head for Austin.