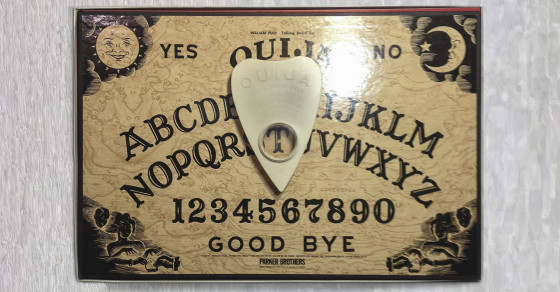 These Real Customer Reviews of Ouija Boards Prove Everyone Is Crazy 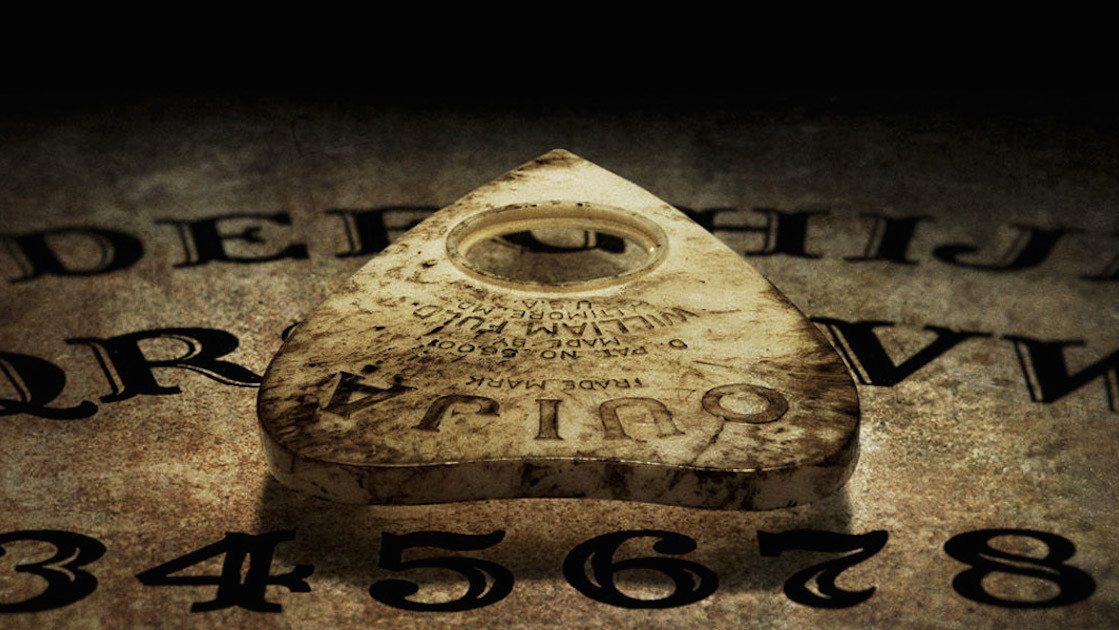 Dating back to 1890, the Ouija board is probably the only mainstream toy that claims to double as a portal to the afterlife. Participants place their hands on a heart-shaped planchette, which mysteriously glides along the letters and symbols printed on the board to communicate what are almost definitely messages from the spirit world.

If you look up Ouija boards on online retailers like Amazon, you’ll find that, yes, a handful of reviewers comment pragmatically on the heft of the board and the quality of its construction. But the vast majority are much more interested in sharing their stories of Satan at slumber parties, not to mention the obligatory Christian outrage at the very suggestion of the occult and the even more obligatory demon-themed dad jokes.

People, you see, are crazy.

In the spirit of Halloween—and in honor of the release of the horror movie Ouija this week—we rounded up the weirdest of the weird. (All reviews are sic and, in some cases, pretty sick.)

I was trying to contact my grandmother. Did not work. Think my apartment is now haunted. Do not recommend. (1 star)

WONDERFULL: “It Works, but I’d only use it once”

One of the people we contacted was Greta. She said she was born in 1904, lived in Germany during World War 2 and was a Nazi. She admitted to killing people, and (I am not a caucasian) told me she didn’t like me because I was INFERIOR and told me she wanted to kill me. (4 stars)

Do not play when ill. Do not try to throw away you must burn it. If the board screams and you here it you have 36 hours to live. I do not recommend this product. (1 star)

I have been giving these things away to all my Atheist Friends with the primary purpose that they will abuse the powers that the Ouija Boards possess, sooner or later, they always make contact with something, mostly demonic entities. …Then when they feel threatened by the Crazy stuff happening they will look for help, as they always do. Of the 34 Atheists that I have given this game to 29 have sought the attention of Catholic Priests, 25 of them are in RCIA studying to become Catholics, and 2 have been confirmed. (5 stars)

cinziao: “Don’t use it unless you want a permanent guest!!!!!”

I am not a bible thumper a born again or any other religious fanatic. I do my 2x a year annual visit to church. …Christmas and Easter. I believe in tangible things. …Need to see it or you need to prove it!!! …One night when i was 14 (35 years ago) I was home alone and i was visited by…yes an angry spirit. And He continued to live with us. …Won’t get into details but believe me it was the worst experience of my life. I moved out at 21. …NEVER Lived home again. My mom Recently had a exorcism by st. Michaels order. …I cannot be sure the ouija invited him in but I can tell you I never went near one again. My suggestion…play monopoly!!!!! (1 star)

S. Brown: “My Review For…Ouija Board”

My late mother’s cousin had a original version or something of this type. It was called a ‘luigi’ (or something like that)board. She was playing with this by herself. Not too long after that Gasoline was somehow put in the cabinet under the sink. She went in there and lit up a cigarette. She was burned alive. The only part that wasn’t burned was a small piece above her forhead. Go figure. (1 star)

David Wells: “It’s not a game”

It’s not a game. The Ouija is the spiritual facebook. You ask questions and receive answers. But you must be an expert on this, and also, being a good person. (5 stars)

Lecherous spirits from the Ouija board will sometimes ask young women to do rather . . . ah, odd things. Ignore them and always remember that your Ouija partner (i.e. boyfriend) has nothing to do with this. (1 star)

I hate this game after playing it I was possed and fainted. The next day I woke up in my basement covered in blood but other than that I loved it. (1 star)

SideshowBob: “Just remember what happend to Regan in The Exorcist”

WHAT GOOD has come from using a Ouija board? I can tell you right now….NONE!!! If they are so harmless,then why are there so many reports of users being spiritually attacked? I can tell ya why…SATAN! (1 star)

There has never been a 100% accurate tool that predicts future events with one exception and that is The Bible. (1 star)

This board is simply a piece of trash. It did not work one bit. I wasted 3 hours trying to make it work! What a waste of my time and money! (1 star)

A Customer: “Ouija Bored is boring”

I bought the board but it was very lame. It wouldn’t show real words unless I moved my self. (1 star)

[But the grand prize goes to Amazon user kym, who clearly took a wrong turn somewhere in the site’s product directory.]

I bought this for my daughter-in-law who lives in Alaska. She likes it because it is just warm enough and not bulky. (5 stars)