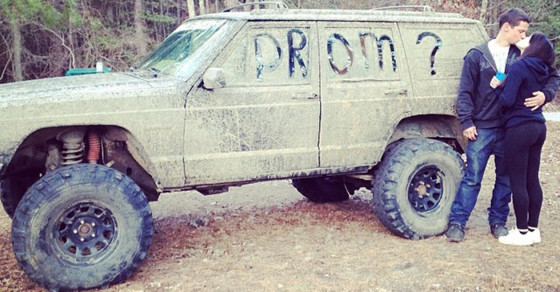 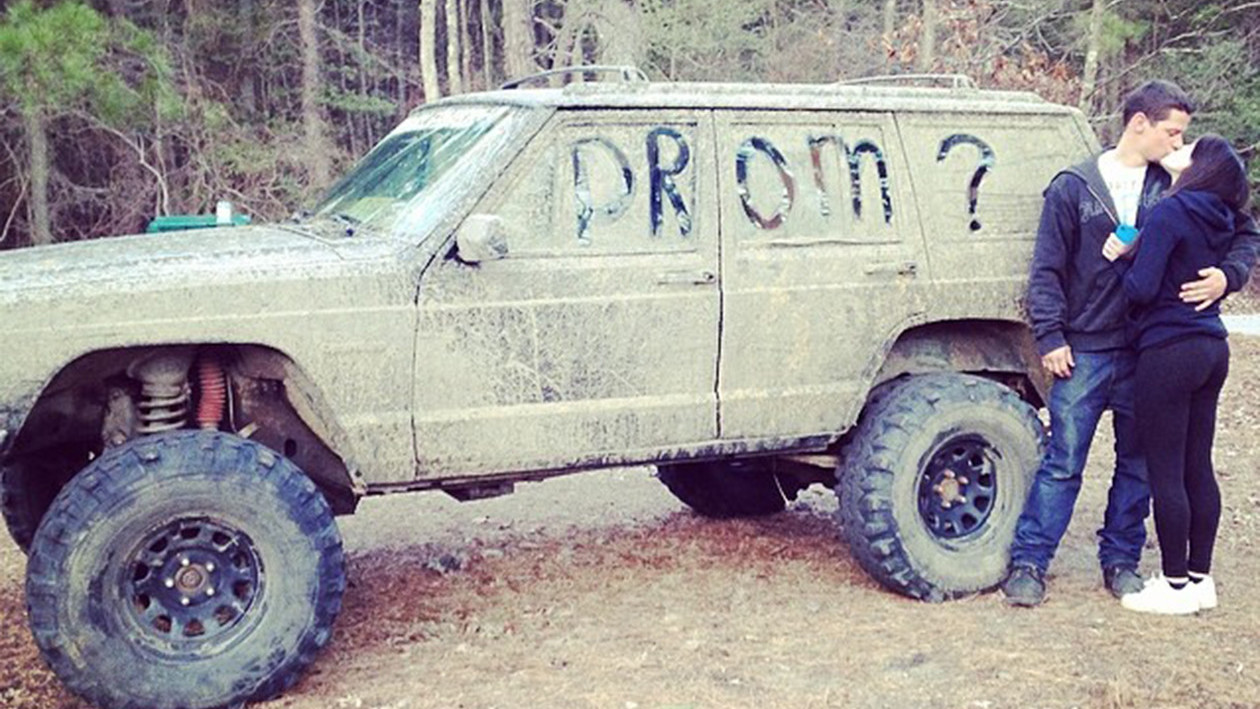 In a world where 22 percent of teens sext dirty things to their pimply peers and 91 percent post photos to various social media platforms, there is only one kosher way for a high school suitor to invite his or her love interest to the prom: a post on Twitter or Instagram.

On its blog last night, perhaps in honor of “National Proposal Day” today, Instagram showcased a series of recent “promposals”—the stereotypically American crossbreed of “prom” and “proposal.” And these elaborate requests, now stamped with Instagram’s official seal of approval, range from sweet to sickeningly atrocious.

“Jacob, use your brains and come to prom with me!” reads a sign held by one zombie-inspired promposaler, whose face is painted with fake blood. “Prom?” reads a different messy display, finger-painted in ketchup:

The stunts, which peak in March thanks to proms scheduled for April and May, often take shape as cheesy ploys tailored to the targeted date’s interests or extracurriculars: tennis, eating dessert, pizza, teddy bears. Sometimes, they’re a call for a way-too-hot celebrity to attend the dance (hello, Kate Upton). And others are, frankly, a little sad—just lonely, self-aware pleas for a date that probably won’t materialize:

These creative public invites—or “elaborately produced mating rituals,” as Christian Science Monitor calls them—have slowly picked up steam since their big debut in 2011. But this year we seem to be having a moment: In March 2013, there were 1,130 mentions of #promposal and #promposals on Twitter; there are already 34,613 tweets with the same hashtags so far this month. And if Google Trends are any indication of its popularity, then 2014 very well may be the peak year of this pre-prom staple.

All this is a sign, perhaps, that teens care about traditional romantic gestures more than we think. Or that they feel increasingly peer-pressured to tailor their elaborate stunts to yield the most likes or favorites on social media. Or, of course, that high schoolers have far too much time on their hands:

Jake changing his contact name in my phone to "will you go to prom with me?" Had to be one of the cutest things https://t.co/r0G3eQJ3Ef