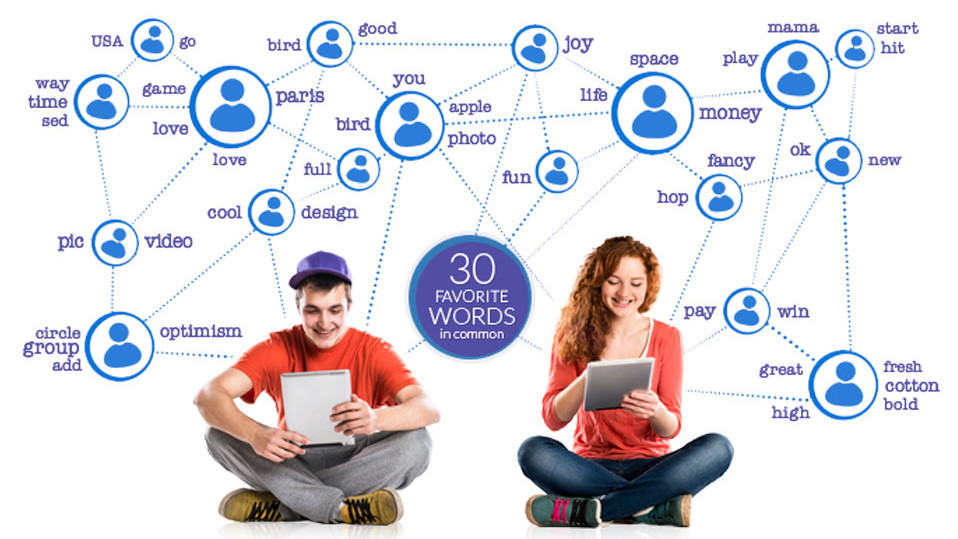 Everyone has their favorite words. For some it’s “swoon” or “flabbergasted.” For others it’s “besotted” or “toast.” But one of life’s great frustrations is not being able to find other people in the world—wherever they may be living—who love the exact same words.

Now help is on the way. Yes, there is a new social network that lets you locate your word soulmates.

“Through words, you find like-minded people around the world,” says Shavkat Karimov, the 36-year-old founder of Favorite Words. “Chances are that these people will have a lot of things in common. Your favorite words are those words that make you feel good.”

Karimov, an Uzbek techie with a thick accent, first dreamed up the idea of a words-based social network when he was a teenager. He built the site this year with the help of three people outside of Seattle, where he lives. Famous in Uzbekistan for his film-making abilities, Karimov is also behind Zurker, the social-network giant designed to rival Facebook whose users own stakes (known as vShares) in the company.

Karimov’s new site works like this: Users document their most-treasured utterances on their personal profiles—just like Facebook or OkCupid, you have to complete a profile to get connections—then find other users who share their one-word interests. The site also generates books, tweets, pictures, blogs and videos related to your collection. “Words are nothing but the bodies of our souls,” Karimov says.

(In my test-run on the site, I tried to find people who shared my fondness for “nice,” “cute” and “literally,” but, alas, there were no matches.)

It’s the latest social network the world doesn’t need. There was Dogster, for dog fiends, Catster, for cat fanatics, and Gentlemint, a Pinterest-like networking site for  “manly things.”

And now there is Favorite Words.

Karimov argues that the site (and soon-to-be-designed app) is more than a language-based matchmaking service. He says it is a platform that serves as a sort of digital diary—a means of reconnecting with your previous linguistic self. “It’s self-development through your favorite words,” Karimov says. For example, he says: “What you like, what you’re doing with your life. I scroll through my favorite words, and they remind me why I like them.”

Karimov’s favorite words, in case you were curious: “Love,” “fresh,” “infinity” and “ping-pong.”