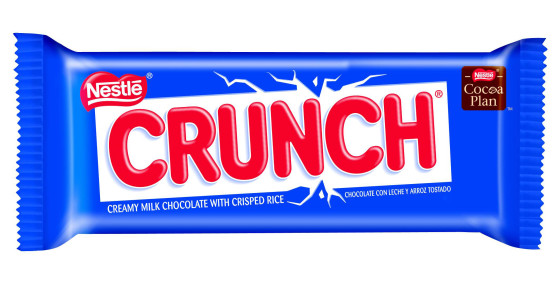 The disappearance of 43 student teachers from Ayotzinapa, Mexico, in September— believed to have been slain by gangs at the behest of local authorities—has led to ongoing nationwide protests.

When Attorney General Murillo Karam ended a press conference on Friday with the words “Ya me cansé” (“I’ve had enough”), it began trending on Twitter, with outraged citizens co-opting the phrase to express their dissatisfaction with the government’s handling of the crime. And the next day, protesters set fire to the doors of the National Palace.

So when Nestlé decided to get in on the action Monday with a joke—likening the missing students to one of their signature crispy candy bars—it invoked disgust, instead of laughs. “A los de Ayotzinapa les dieron Crunch,” read the tweet from Crunch Mexico. Translation: “They crunched those from Ayotzinapa.”

Though the remark was deleted a couple of hours later and followed up by an apology tweet, public condemnation was swift, leading the company to issue a second apology: “We’d like to express our solidarity with the families of Ayotzinapa and we extend this to the brand, which was part of that bad joke.”

The brand flip-flopped later on Monday, however, and pinned the tweet to a hacker. People were not convinced, and Mario Vera, Nestlé Mexico’s vice president of communications, has promised to get to the bottom of it.

“This is extremely serious. The investigation started since Sunday within the company,” he told CNN Mexico, “as well as with the agency in charge of the Crunch brand marketing.”