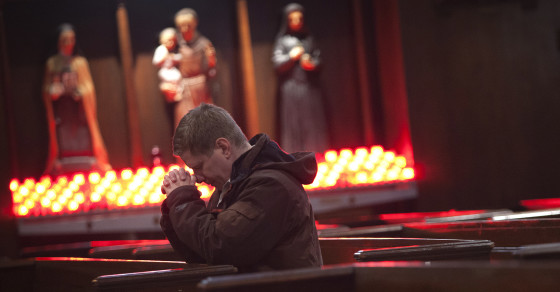 Providence Beats Out San Francisco As America’s Most Godless City

A sweeping survey of America’s Bible-reading habits and beliefs has resulted in what its authors describe as a definitive ranking of “Bible-minded” cities across the U.S.

The study, conducted by the American Bible Society and Barna Group, an evangelical Christian polling firm, found that the Good Book continues to hold great sway over those living in the Deep South, while people in the Northeast, Southwest and West Coast tend to be less enthralled with scripture. 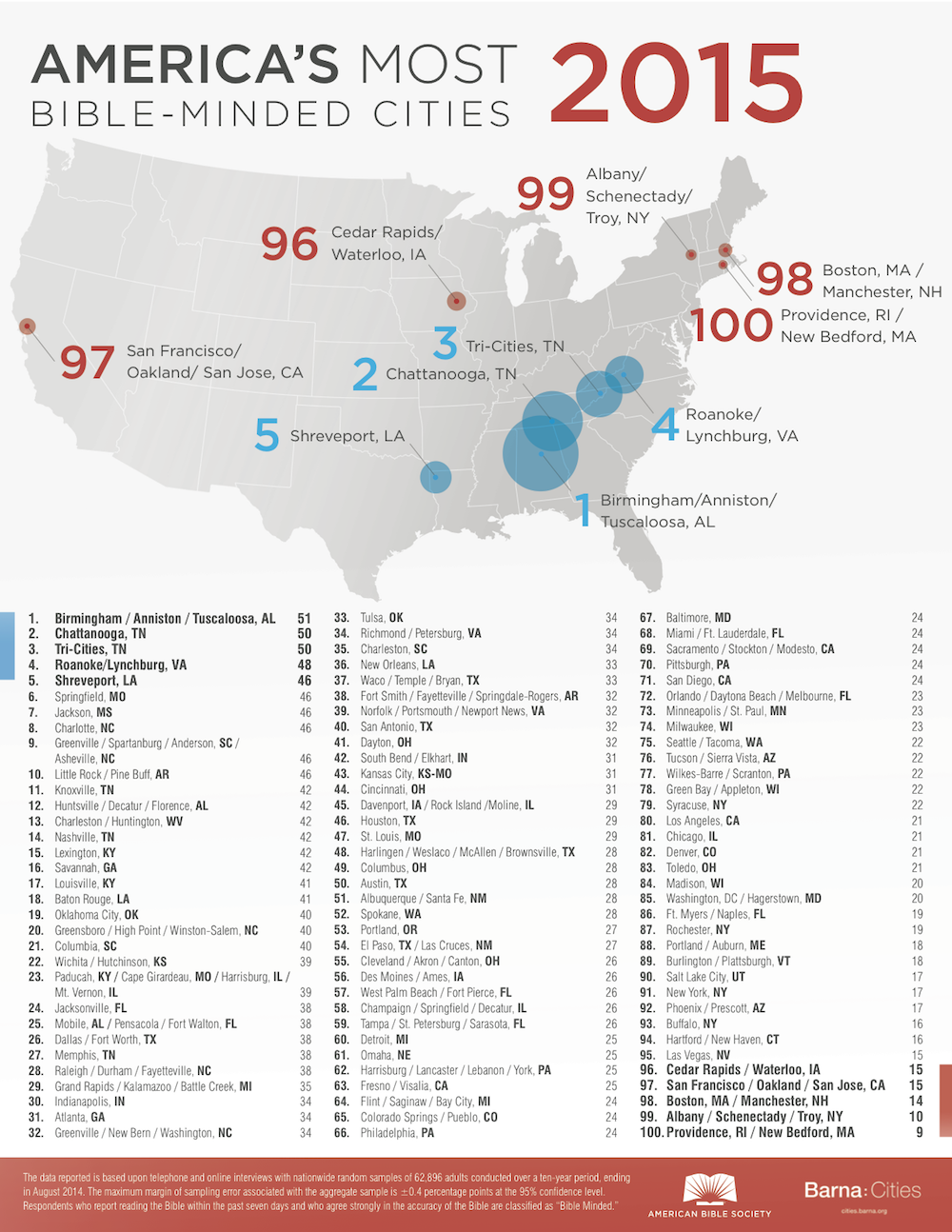 Researchers surveyed nearly 63,000 adults nationwide over a 10-year period that ended last August. They focused on only the 100 largest metropolitan areas in the country. Participants were considered “Bible-minded” if they reported reading the Bible at least once in the previous seven days and said they “agreed strongly” with the accuracy of scripture.

By those measures, 27 percent of Americans qualified as “Bible-minded.” And—surprise—very few of them live in San Francisco, New York or Las Vegas.

The 10 most Bible-minded cities in the U.S.:

The 10 least Bible-minded cities in the U.S.: