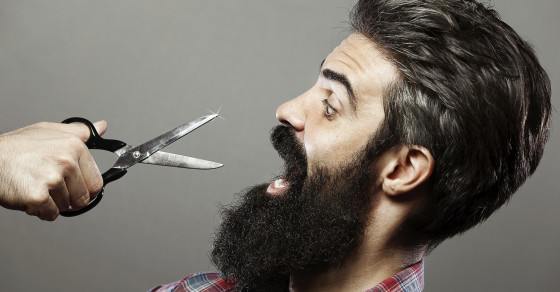 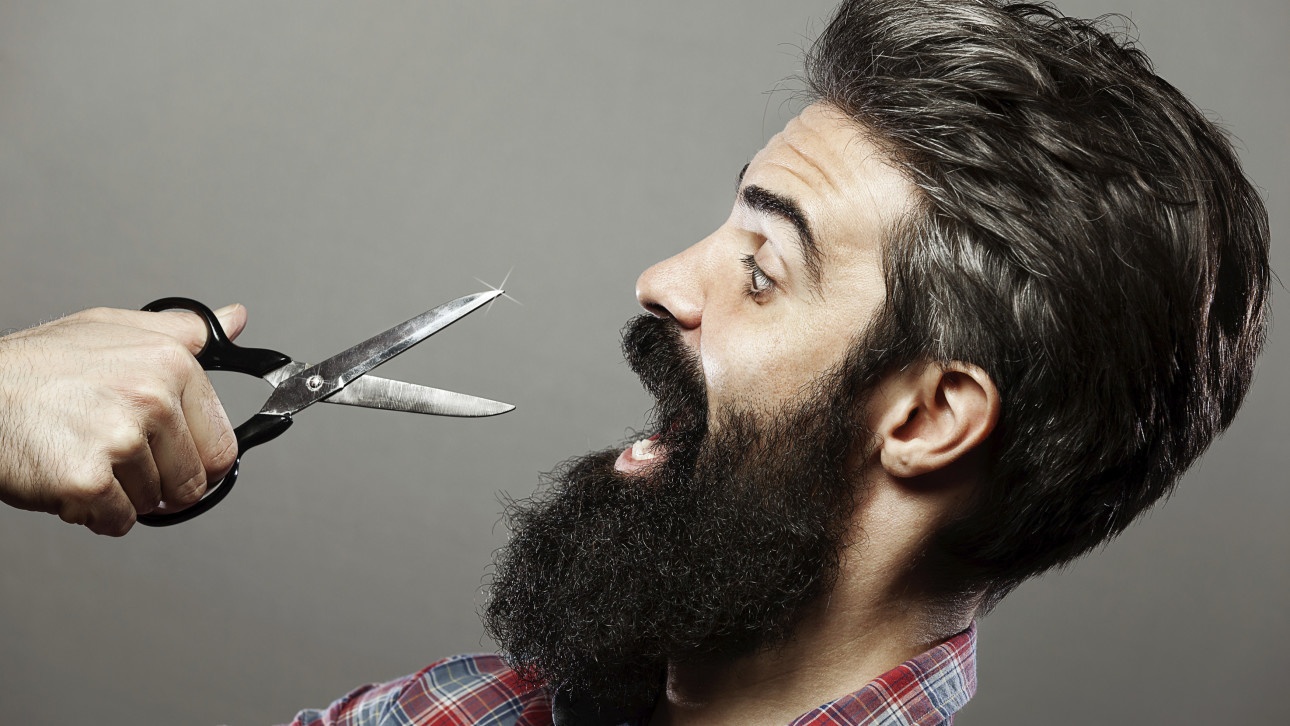 Paolo Quezada was laughed out of LDS Business College in Utah last month for having facial hair.

Like most colleges and universities owned by the Church of Jesus Christ of Latter-Day Saints, the conservative Salt Lake City campus prohibits men from having beards, save for a few exceptions. So when Quezada was recently asked to grow one for a role in a Mormon-sponsored film about the Bible, he had to seek permission from his school.

An honor code officer for the college approved the beard. But Quezada soon learned there was a catch: He would have to wear a school-issued permit around his neck at all times, something the 23-year-old student described as a “beard badge of shame.” Quezada reluctantly complied, and within no time was being heckled by his peers.

Paolo Quezada, a student at LDS Business College, strikes a pose with what he calls his "beard badge of shame."

“People actually gathered in little groups to point and snicker at me,” Quezada tells Vocativ. “It felt like a scene from a high school movie.”

Not since Russia’s Peter the Great declared war on facial hair in 1705 have the bearded experienced such open hostility. In recent weeks, some Mormon schools and students have been accused of taking special steps to shame those who are bucking a decades-old convention and donning chops and chin scruff. Critics say the schools have made it harder, or downright intolerable, for those rare few who seek an exemption to a blanket beard ban. Meanwhile, more conservative-leaning classmates, through public scorn and jeers, have fostered a social landscape on campus that’s downright Hawthornean.

The peer-led crackdown is, in part, a response to a recent surge of publicity over some students’ efforts to end the Mormon beard bans on campuses, which have ignited fierce opposition.

The fur began to fly in September when Pittson and a group of 50 students fired the opening salvo against against BYU’s beard embargo, a rule put in place in the 1970s. Donning fake fuzz around their faces, they hopped on bikes, unicycles and Rollerblades to stage a protest on campus.

Despite resembling a scene from a Portlandia episode, the publicity stunt worked. Hundreds of students signed a pro-beard petition demanding that BYU repeal its prohibition. Meanwhile, the quirky controversy touched off a wave of national media attention, culminating in a New York Times story in November.

But almost as soon as the campaign started to take root, a backlash of beard shaming and bureaucratic meddling erupted. Students angered by the challenge to the rules have ripped up flyers posted around campuses and impolitely told those partial to beards to consider attending other schools. Others have been less diplomatic, attacking their peers’ personal character and even questioning their faith over their support of facial hair.

“Some of the judgmental implications have been quite shocking,” Pittson says.

Regardless, the intimidation tactics have worked. Quezada, the LDS Business College student, could endure only a day’s worth of wearing a marker on his chest and being laughed at by fellow students before he went home and took a razor to his face.

“It was totally humiliating,” he says. “I was bullied and shamed into shaving.”

Paolo Quezada's "beard exception" letter (click to enlarge) from LDS Business College states that he is required to wear a school-issued beard permit.

While beard badges appear limited to LDS Business College at this time, students at BYU also claim they’ve been pressured by their school into becoming clean-shaven. Logan Tatham and Garrin Schlink both told the Salt Lake Tribune last week that the school’s honor code office recently refused to renew beard exemption passes they had been granted in the past, prompting fears of an institutional backlash.

Carri Jenkins, a BYU spokeswoman, insists that despite the recent media attention, the school has not changed its policy or cracked down on students. “It’s the same process that’s always been in place,” she said. “It’s just how we’ve chosen to represent ourselves.”

Though LDS leaders sported beards for nearly 100 years—and beard-growing contests used to be an annual sport on campuses—full-on facial hair began falling out of fashion in the 1960s. By the 1970s, conservative grooming standards became an integral part of the honor codes at BYU and other Mormon colleges, which also forbid drinking, premarital sex and swearing.

University dress codes have changed over time to accommodate shifting tastes and standards. Since the 1980s, students have been allowed to wear jeans on Mormon campuses, and shorts got the green light the following decade. For whatever bizarre reason, mustaches have always been allowed.

Yet beards have remained blacklisted, evoking a reaction among some that, for Quezada, does not embody the teachings of his Mormon faith. “While I’m pro-beard, I’m even more pro-Christ-like behavior,” he says. “We should not be bullying and judging people. We should treat everyone like human beings.”