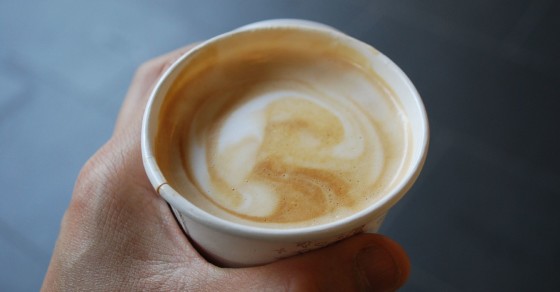 Our already extensive list of excellent reasons to move to Sweden just got a little longer. Stockholm resident Tim Yagan has launched a successful Kickstarter campaign to bestow random acts of coffee on his fellow citizens.

Citing the high price of “decent” coffee in his home city, Yagan set out to raise enough money to buy 20 cups of joe for strangers per day, pledging to cover any difference out of his own pocket. Here’s how he describes his mission: “Every day I will show up in the city and hand out free cups of coffee during lunchtime to anyone that wants a cup. No strings attached.”

“That’s it,” he writes. “Everyone around will be warm and happy.”