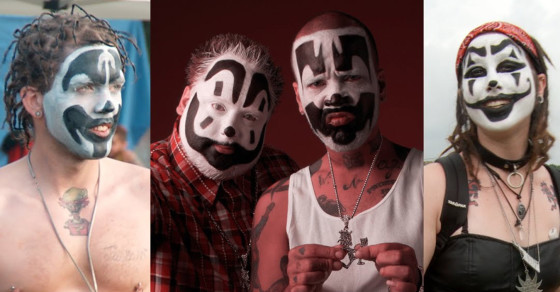 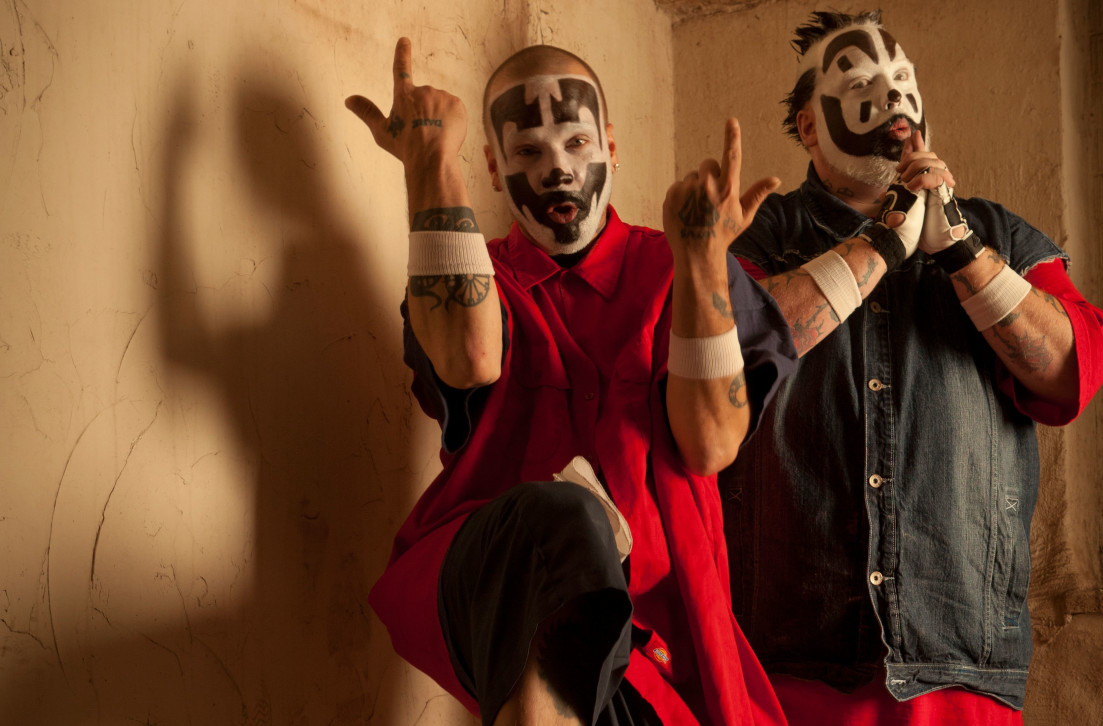 Call it the Great Juggalo Conspiracy of 2014.

The Insane Clown Posse’s oft-maligned fan base is fighting claims that some of its face-painted, Faygo-swilling adherents are waging a turf war in a rapidly gentrifying neighborhood of Portland, Oregon.

News broke this week that a group calling itself the “Juggalo Family” began terrorizing trendy businesses along North Williams Street, which has transformed into a twee thoroughfare of boutiques, bars and bearded naval-gazers. More than a dozen storefronts have received flyers from the group telling them they’re not welcome in the neighborhood.

“You have been targeted by the Juggalo Family to get the fuck out,” the message reads. “Vacate or suck our dicks.”

Reports of the alleged confrontation have since rattled the wicked clown community. Hundreds have taken to the True Juggalo Family Facebook page to denounce the flyers and deny responsibility. While speculation remains rampant, several strong theories have emerged as to who might really be behind the campaign.

Some Juggalos believe the flyers are the underhanded work of the FBI, which put the group in its crosshairs by labeling it a gang. Others see a sneaky smear campaign at work by a band of Juggalo haters. Others still point fingers at a younger generation of Juggalos, who have far less respect than their forebears.

Here are some of the unedited highlights from the conversation going on at True Juggalo Family. But it’s really in your best interest to read them all.

“I believe that its the fbi trying to fuck us completely.” —Jimmy Burkett

“Its the new gen of juggalos that give us older ones a bad fucking name and is a reason we r watched by the fuckin fbi and im sorry im not n a gang im part of a family.” —Samson Colvin

“People are def using the Juggalo name to cover up their crimes to try and pin an blame it on them obviously ESP with all the news about ICP losing to FBI regarding the case saying that juggalos are a gang.” —Christian F. Lawrence

“I’ve been down since the Carnival of Carnage, so i can say that these upstart bitches are just giving our family a bad rep and are basically not true juggalos at heart, or just a bunch of random attention sluts who need their asses beat down. This kind of media attention does ruffle my feathers a little, but from the looks of it, just a bunch of jealous whores who don’t have what it takes to become part of the family that we have. JUGGALO 4 LIFE.” —Brantley Horton

“It was prolly just one of those Anti Juggalo Ass hats trying to start some shit. I a 30 years old and been down from the start. Never once have I gone out my way to hurt or threaten anyone.” —Georgie L. Phelps III

“I smell a set up. This flyer looks like bullshit. Someone wants a lot of negative attention on Portland Juggalos. It just reads way to cut and paste fake style.” —Michael Pearson

“Thats crazy cause ive been down since carnival of carnage and I haven’t targeted anyone….hmmm maybe dust for prints an find out who passed them out punish the people who actually did the crime instead of labeling us all as threats you dumb fucks.” —Shaggy-josh Gentry

“You gotta be fucking kidding me. I was a juggalette growing up. The “family” has become so fucking pathetic. This new generation is so beyond fucked up. Good job idiots you have to ruin everything. I will always love ICP but at this point the family can go fuck itself.” —Lily Koli