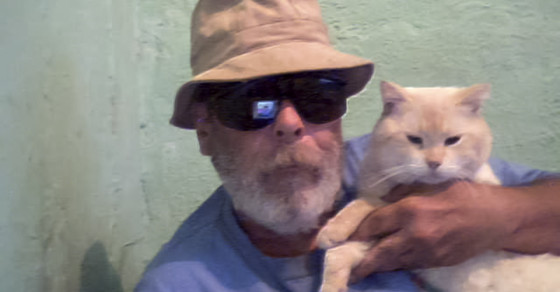 Is This the World’s Saddest Indiegogo Campaign?
By Shane Dixon Kavanaugh

Is This the World’s Saddest Indiegogo Campaign? 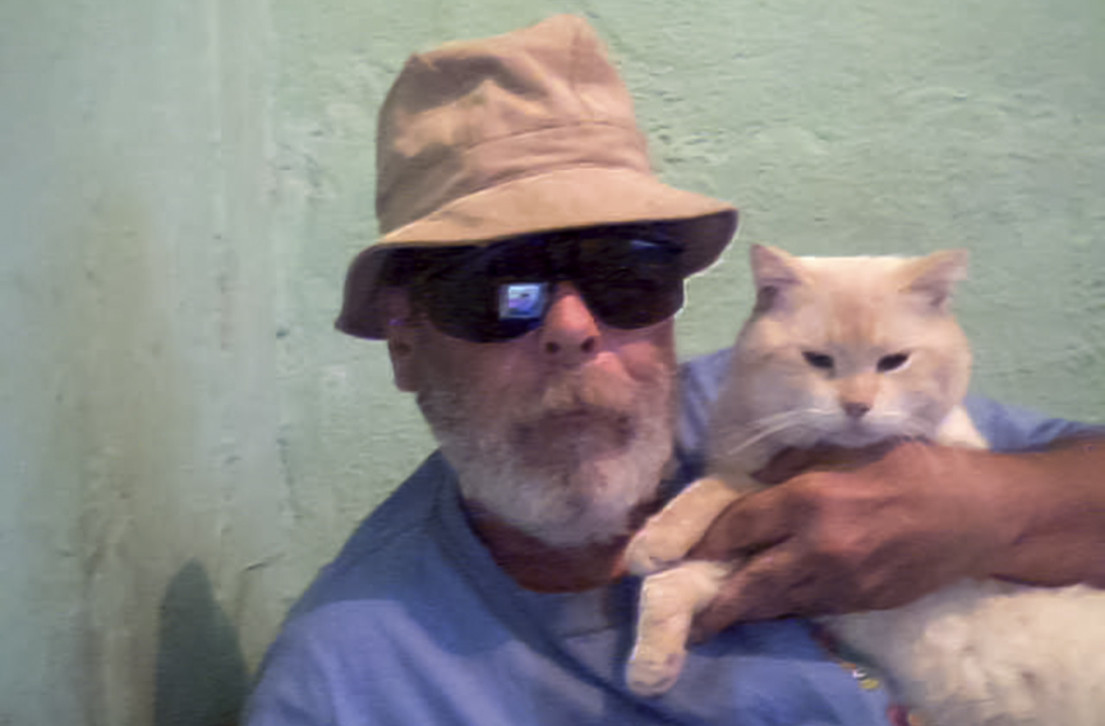 Bob Lyons is in failing health. His only true friend is a cat with whom he shares a squalid single room without furniture in Tijuana, Mexico. After years of begging on the streets, the ailing American expatriate is feeling pretty tired. But last week, he had an idea that gave him some hope.

Inspired by the Kickstarter user who recently raised more than $55,000 to make potato salad, Lyons has decided to take his panhandling digital and launch his own crowdfunding campaign. “Old Man and Cat Need a Place to Call Home” went live on Indiegogo on Aug. 14 with the goal of raising $500 to buy a broken down camper van for him and his feline companion to call home. So far, it’s turning out to be one of the saddest crowdfunding campaigns of all time.

Despite multiple pleas on Facebook, the 60-year-old, known affectionately as “Tio Bob,” has yet to raise a single penny from any of his 441 so-called friends on social media—or the rest of the world, for that matter. It’s been a bit of a bummer for Uncle Bob.

“The only friend and family I have is my 9-year-old American bobtail,” says Lyons over email from Tijuana. “My cat is a male. But when he was a kitten, I thought he was a female. So I named him Princess.”

To be fair, Lyons’ hard-luck story is largely a self-imposed one. The New York state native says he has few regrets after moving to Tijuana 23 years ago for “political” reasons. “Every day that I have been alive, the United States of America has been at war with some country with not one day of peace,” he says. “And I cannot support or live in a country like that.”

On his Facebook page, he often shares anti-Obama memes, which he insists are just for humor. “My anti-Obama friends seem to love it. I find Obama as a person to be very cool. And I would like to play a game of golf with him someday. I don’t care one way or the other what happens with America, since I am not part of their system.”

Mexico, on the other hand, is a truly free and welcoming country, says Lyons. Since his arrival 23 years ago, he has lived mostly off the grid and entirely hand-to-mouth. To this day, he still does not speak Spanish. After selling clothes and other discount merchandise on the streets for years, he learned to fix computers and began offering his services for extra money. One of his prized possessions is an old Dell PC that someone tossed out, thinking it was broken. He uses it when he can find a free Wi-Fi signal. But for the most part, Lyons says he spends his days begging.

“I think I make money as a panhandler here because I am a novelty,” he says. “Because I am a white American male begging on the streets in Mexico.”

Lyons gets around with the aid of a walker and earns just enough to keep himself and Princess fed and housed in a flophouse he says is overrun with drug addicts and alcoholics. He has no savings in case of an emergency and does not receive Social Security because he never paid into the system. His room, constructed of single sheets of dry wall, costs $64 a month and has no bathroom or hot water. The toilets in the building don’t flush.

“Living in a camper van would improve my life,” he says.

Like any crowdfunding campaign, Lyons’ Indiegogo ad offers up a suite of perks for potential donors. For $35, Lyons will help fix a supporter’s computer. He’ll pet-sit for $50, and $100 comes with a five-hour meet and greet with Lyons in his new digs, should he ever get them. If someone has $15,000 to spare, Lyons says he’ll paint his camper van with an advertisement of that person’s choosing for life.

While his Indiegogo campaign has yet to draw a single supporter, Lyons says he has faith in the generous and selfless spirit of the Internet.

“The first thing I am going to do in my camper van is make a potato salad of my own to celebrate,” he says.