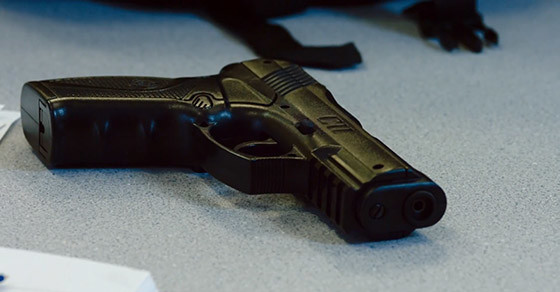 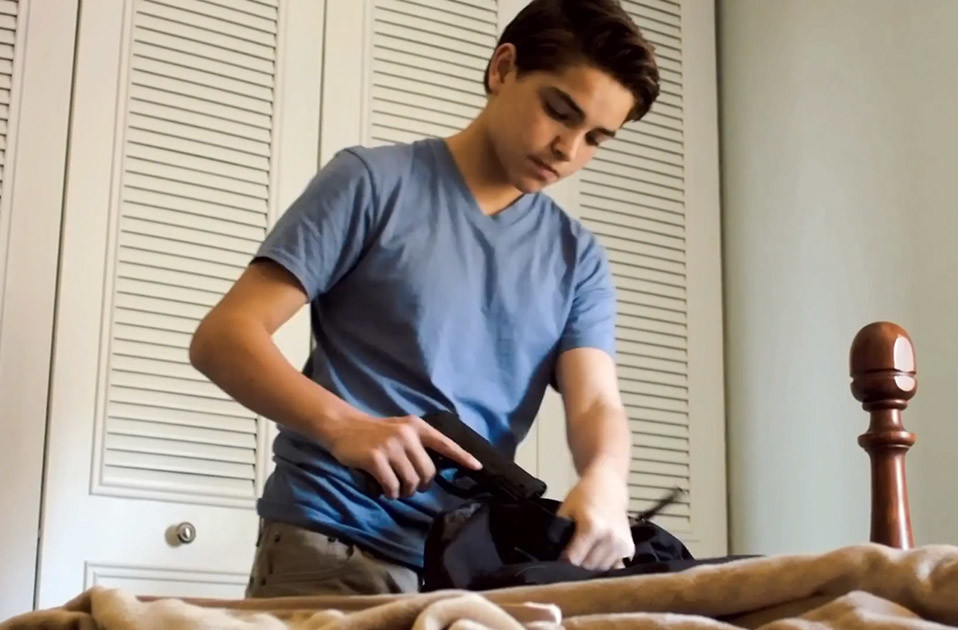 A Bay Area filmmaker’s attempt to create a dramatic gun control video has so spectacularly backfired that it’s made her a target among gun proponents and opponents alike.

Rejina Sincic released last week what she is calling a public service announcement, which depicts a teenager stealing his parent’s handgun at home and taking it to a teacher at school because the weapon makes him feel unsafe. The video, which is perhaps most offensive for its skulking student lead and overwrought piano music, had by Monday become a digital boogeyman that both sides of the gun debate appear to despise. (UPDATE: Sincic has since taken down her original video and uploaded a new one with the comments thread disabled.)

Conservative blogs and websites gleefully seized upon Sincic’s film, framing it as a reckless piece of liberal propaganda that encourages kids to bring weapons into classrooms. An army of roiled gun people soon flooded Sincic’s YouTube channel and Twitter feed with thousands of vitriolic comments.

Taking turns calling her things like “psychotic,” a “bitch,” “Satan” and a “cunt,” some of Sincic’s high-minded critics accused her of encouraging children to commit felonies, while others insisted that she’ll be to blame for future school shootings.

@QueenSincic I hope you are held directly responsible by anyone killed or injured by your irresponsible ad. Anyone is I hope they sue you

@QueenSincic - Rejina Sincic you are psychotic. Your ridiculous PSA is going to getting kids killed or arrested!

Nice of @QueenSincic to encourage multiple federal felonies in her "PSA," and probably several state crimes as well.

@QueenSincic fuck you and your liberal Indy shit bitch, you are the problem!

@QueenSincic Your existence proves conclusively that there is a God, since you are obviously Satan. What a terrible being you are, Rejina.

Someone educate this cunt @QueenSincic before she get people killed!

In an exclusive interview with Vocativ, Sincic says she was caught off guard by the reaction. “I’m not telling kids to commit felonies,” she says. “My message is that kids should not have access to guns in their house. Kids should feel safe and their schools should be safe zones. I made this video for that purpose.”

Despite the relentless attacks, those who share Sincic’s perspective haven’t exactly rushed to her defense. In fact, one of the country’s leading gun control advocacy groups on Tuesday all but threw her under the bus, suggesting that she may have been hired by right-wing activists to stir controversy and anger.

“I smell a rat here,” says Ladd Everitt, a spokesman for the Coalition to Stop Gun Violence. “To me, this reeks of something that’s been planted.”

“It’s shocking how this suddenly went viral on right wing media when no one in our movement is promoting this video,” Everitt says. “I’m actively questioning who this woman is. And I’d like to know who paid for this and why.”

Though she did not disclose a figure, Sincic tells Vocativ she financed the video with her own money because gun control is an issue that she’s passionate about. She wrote and shot the video during the summer and fall, and finally finished editing it this month.

“This is what I believe in and I have the right to do so,” she says. “If some people don’t agree with me, that’s fine. I just hope they won’t do anything crazy.”