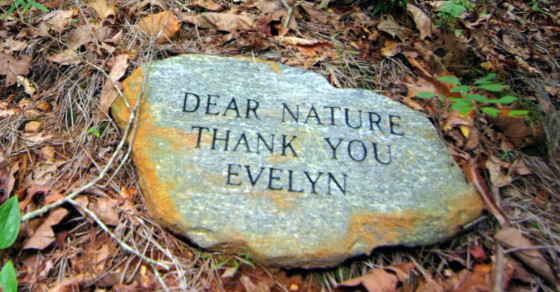 Green Burials Make a Lot of Sense
By Elizabeth Kulze 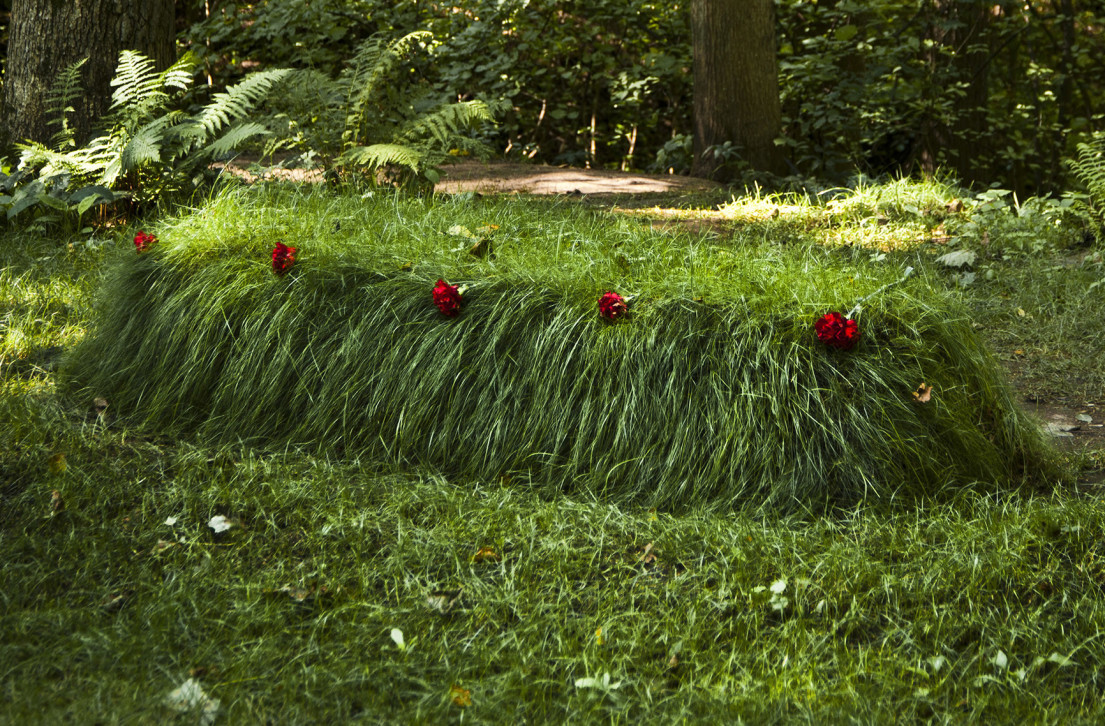 Each year, we fill the earth with 81 million feet of chemically treated casket wood, 827,000 gallons of toxic embalming fluid and 1.6 million tons of concrete—just to bury our dead. In this era of ecological responsibility, when you can buy things like “ethical undergarments” and carbon offsets for your jet, modern burial practices seem increasingly out of step. But when it comes to interring our loved ones, even the staunchest recyclers and composters among us willingly leave their convictions at the funeral home door.

Before he lost his seven-year battle with lymphoma last year, Clark Wang made plans to die as he lived with a “green burial” that has little to no environmental impact. The late psychiatrist’s final days are the subject of A Will for the Woods, a new documentary that explores the small but burgeoning trend of people opting for anointing oils, biodegradable coffins and open spaces over being stuffed with preservatives, covered in makeup and buried in waterproof, resource-intensive caskets and vaults.

“The last 100 years in this country have been about impeding the process of decay and regeneration,” says Green Burial Council founder Joe Sehee, who is featured in the film. “And green burial really calls for a return to that. It really is an ashes to ashes, dust to dust burial.”

The fundamental differences between green and conventional burials are that the deceased aren’t treated with any chemicals that inhibit natural decomposition, and coffins are constructed from untreated wood, woven fibers or other materials that dissolve naturally back into the earth. One of the benefits to embalming is that it gives families more time to plan a funeral—green burials must be performed within four days, often by law. And while traditional cemeteries are usually convenient and accessible places for relatives to visit, green burial plots are often in the middle of the woods in remote nature sanctuaries. To advocates, the trade-offs are well worth it.

Sehee makes a convincing case that all-natural funerals are not only cheaper than the conventional alternative (though cremation still costs less), but they also contribute to the conservation of large swaths of flora- and fauna-rich land.

Every time a conventional cemetery is built or expanded, trees are chopped down and habitats are destroyed for the sake of a perfectly manicured lawn. In green burials, people are literally planted as nutrient-rich gifts to the natural landscape. In the film, one woman’s small stone marker reads simply, “Dear Nature, Thank you. Evelyn.”

If even a fraction of the current $20 billion funeral industry were diverted to green burial practices, the impact on land and wildlife preservation could be profound. At the Galisteo Basin Preserve in Santa Fe, New Mexico, one 5-acre green cemetery space is currently funding the restoration and protection of the entire 13,000-acre wilderness that surrounds it. For the earth-loving folks buried there, it’s hard to think of a better memorial.

“People want to know that their last act isn’t contributing to the pollution of the planet and maybe in some way is helping to heal it,” says Sehee.

Leaving the earth free of environmental sin is an idea with increasingly broad appeal. In the past six years, the number of green burial providers in the U.S. has grown from a dozen to 300, with no signs of slowing down.

Spreading awareness about eco-friendly mortal exits was Clark Wang’s primary motivation for agreeing to be filmed during the final months of his life, as well as during the ceremony after his death, which is documented unflinchingly in the latter half of the film. His refurbished wood coffin is laid out in his living room for a few days before his burial, and his wife sleeps on a futon at his side. Mourners stop by to cover him in flowers and hand-written notes before he is eventually lowered into the ground beneath towering pine trees and soil shoveled into his grave by friends. Throughout the process, it becomes apparent that green funerals might be as much about bringing meaning and intimacy back to the clinical and increasingly gimmicky business of death as they are about the environment.

“Without this, dying from lymphoma feels so empty,” says Wang shortly before his death. “This is a far more spiritual use of my bodily remains than to have them be incased in some kind of pointless tomb.”